The talented team at The Rig Out have worked closely with Timberland on a film and magazine accompanying the release of three classic Timberland boots, produced in celebration of the 40th Anniversary of the original and iconic Yellow Boot.

The 40th Anniversary collection includes an upgraded Super 6″ Yellow Boot with a Gore-Tex membrane and authentic Vibram sole, the first style to release and available at limited stockists worldwide now. It will be followed in a month by the re-release of Timberland’s 1994 World Hiker boot and finally by two colours in the impressive Super Boot (otherwise known as the 40 Below) at the end of November.

Timberland chose the The Rig Out to tell the unique story behind the brand and this special release and they have answered by creating a beautifully shot film and magazine titled ‘Into The Trees’. The Beaverbrook region in upstate New York made for the perfect setting and its own unique story, hand-built cabins and inspirational views bring a lot to the project. The over all theme of the film above is of escaping the city for the great outdoors, something which the Beaverbrook community hold very close. It features photographer Noah Kalina (known for his Everyday project) leaving his Brooklyn studio and travelling upstate to Beaverbrook, picking up Mister Mort along the way

More info on each of the 40th Anniversary products can be found at Timberland, with Hanon being your go to stockist for the UK. A digital version of the The Rig Out‘s Into The Trees magazine can be found here. 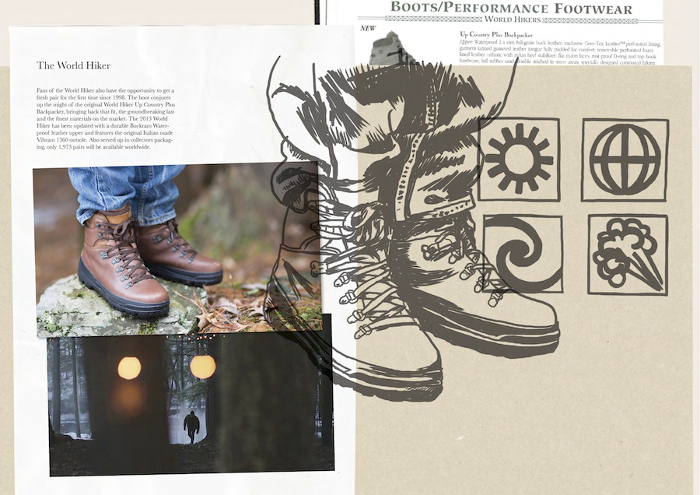 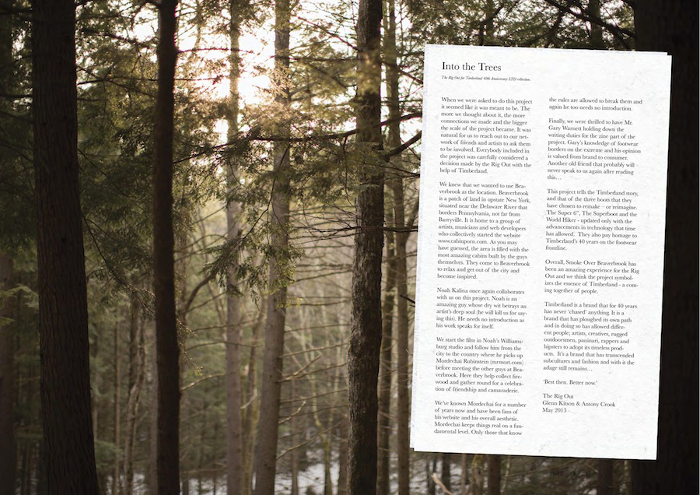 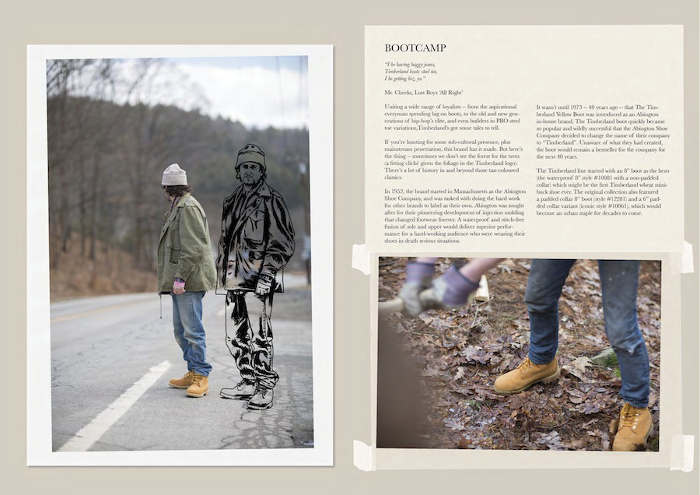