Warning: "continue" targeting switch is equivalent to "break". Did you mean to use "continue 2"? in /nfs/c08/h04/mnt/122689/domains/thedailystreet.co.uk/html/wp-content/plugins/wp-author-box-pro/includes/ReduxFramework/ReduxCore/extensions/customizer/extension_customizer.php on line 442
 Interview: Rhizomatiks on Nike 'Feel London' 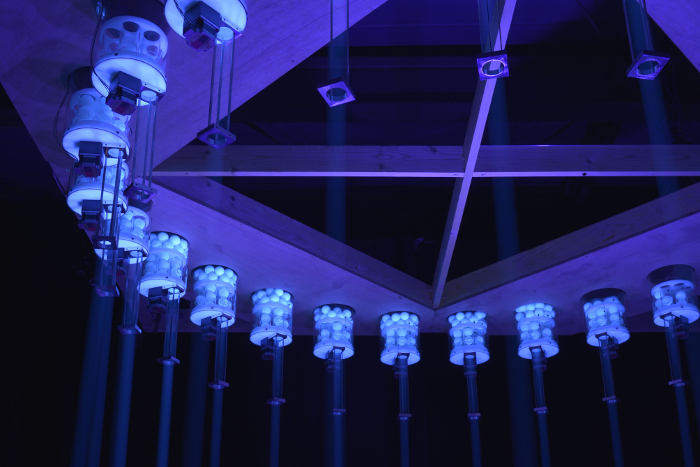 The exhibition includes contributions from four different creative groups, each of whom has based their work on a single principle of the Hyperfeel – fit, flex, freedom and feel. Four unique installations have been created, and you will have your chance to visit and interact with each until the 20th of October. You can read more about the whole series of events involved in our previous post.

One of the highlights is ‘Trace’, a piece by Japanese collective Rhizomatiks which visualises the concept of ‘feeling’ by using the human axis. Users stand on an electronic balance board which analyses the pressure exerted upon it and translates this into a unique visual display.

We were fortunate enough to speak with Rhizomatiks from Japan just before their visit to London to gain an insight into their work and this installation in particular. 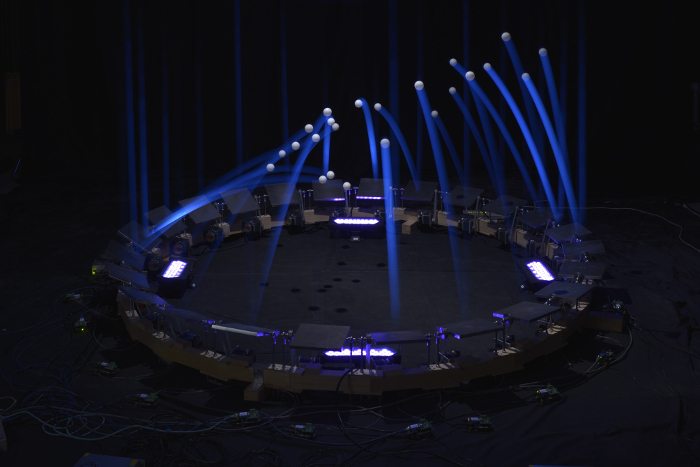 How does it feel to be working in London at Nike’s prestigious 1948 space?

Well I have never myself been to the space, but I have seen photographs so I am so excited to be there and also to exhibit our piece. In Japan we can rarely find a space like 1948, so I think that will be really awesome.

Tell us a bit about your piece and how it interprets the concept of Feel?

We experimented with the Wii Fit game from Nintendo but we tried to keep it centred and controlled. However, the body, well my body, didn’t really react like that and it was hard to keep controlled. It’s really difficult to keep your body active and centred, so I was interested in that kind of unconsciousness of our own bodies. With ‘Trace’ we are monitoring the participant’s body movements, actions and we then drop a ping-pong ball according to this.

What should we should look out for?

The use of the ping-pong balls! Usually in terms of visualising something we use a program and then put graphics on it. But this time we are using the ping-pong balls to visualise something in the moment and in a really short space of time. They create a complete pattern in a specific moment, which is strongly related to the term ‘feel’, because the feeling is always changing. If we start thinking with our minds it’s actually always beautiful. What we tried to do this time, without the use of the digital display, was to try and make this moment special as a feeling. The term ‘feeling’ is relevant both physically and mentally to an athlete – which do you think is more important to performance?

That’s a good question. I would say that both are really important. I used to play junior basketball in high-school and so for me I would say the feeling is more important to achieve a better performance. I think my answer would have to be the feeling in the physical sense.

There’s a strong connection between sound, light and sportswear in your work with Nike. How do you describe the relationship between the three?

In our work we are very good with sound and light, that is something that graphics or statics cannot do. When we had the Nike Music Shoe project in 2010, if we imagined and applied the interactive aspect to sound on a shoe, we could feel more and actually make the narrative about the shoe. That becomes a three dimensional expression in a way, by using the sound and the light. 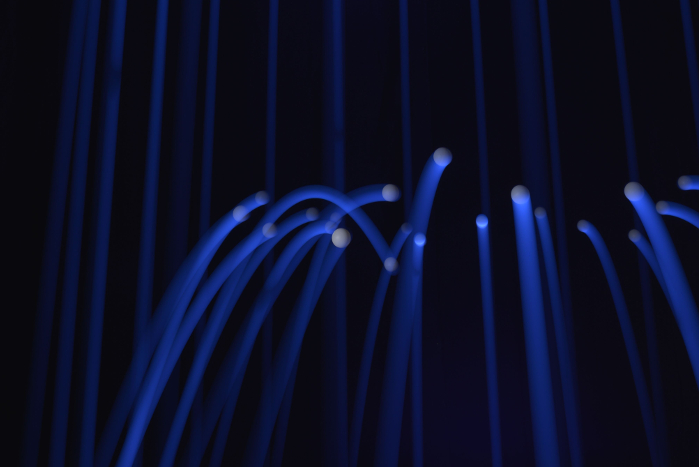 You mentioned the Nike Free Run Music Shoe which is perhaps one of your most well-known projects with Nike, and a fantastic concept. How did the idea come together? Were you surprised by the results?

The concept, we worked with Wieden+Kennedy and came up with the idea that when you bend the shoe, sound would come out and then from that we thought about what would happen if the shoe was to become the instrument itself. So basically, what we tried to say in the movie is how flexible Nike Free is, but not using artistry but by using the musicians.

We weren’t expecting people to watch the YouTube video. It wasn’t as big on Facebook but then people took to Twitter, especially in Japan – it was huge. The video on YouTube, we thought about 10,000 people would watch it, but people took interest, not only in Japan but on a global level, so that for us it was a really amazing moment.

Feel London opens today at 1948 and is open to the public from 10am daily until the 20th of October. Thank you to Rhizomatiks for taking the time to answer our questions – I am very excited to give Trace a shot myself. For more information on the whole programme of events, visit Feel London.