This week’s Music Monday features music from the likes of Pusha T, Book of Mormon and Dizzee Rascal.

“This weekend, I finally saw The Book of Mormon, the musical by South Park creators Matt Stone and Trey Parker and it was as good as everyone says. I honestly haven’t seen anything that funny in years – probably since the first time I saw The South Park Movie. It even had older generations laughing as one guy who must have been in his 70s was crying with laughter in front of me. I put in the opening song as to not ruin the storyline. ” – Thom

“So on paper this collaboration of D’Angelo’s vocals matched with Dj Premier’s production doesn’t seem all that conventional but it works so so well. Love this tune to death. ” – Luke

“Marvin Gaye is probably one of my favourite vocalists of all time and although most people put What’s Going On up there as his best album, personally I prefer Let’s Get It On the production level on both is outstanding though.” – Luke

“Following on from the last track, I’ve also been playing this track by Kanye that samples the Marvin Gaye track. A clear classic from Kanye’s first album gets a lot of rotation.” – Luke

“I’m on the hype of the most recent Pusha T album this week. This track features the collaboration of Hudson Mohawk and Kanye and if that’s not enough a bit of Rick Ross for good measure.” – Luke

“Last Thursday I found myself in a club in the middle of Madrid that looked like something straight out of Miami Vice with the folks from Eastpak. Fittingly, one of the DJs stepped up and played one of the best ’80s sets I’ve heard in a long time. This was one of the highlights for me.” 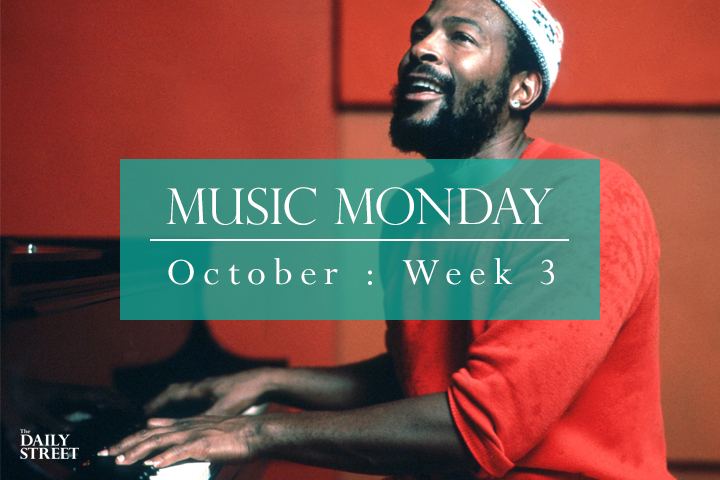