Warning: "continue" targeting switch is equivalent to "break". Did you mean to use "continue 2"? in /nfs/c08/h04/mnt/122689/domains/thedailystreet.co.uk/html/wp-content/plugins/wp-author-box-pro/includes/ReduxFramework/ReduxCore/extensions/customizer/extension_customizer.php on line 442
 Music Monday: October Week 4

In this week’s Music Monday we see a real broad range of music from the likes of Raffertie, Om Unit, Ozzy Osbourne, How to Dress Well and Eminem.

“Raffertie’s album is a really really strong piece of work. This track goes part of the way to giving you an idea of how good he has become. I’d strongly recommend getting the album and giving it a listen from front to back.” – Alex

“Such a shame that this band split after their first album. I should be grateful that they made an album at all, but they could have had a really good run I reckon. Bit of trivia; George from AlunaGeorge was second guitarist in this band.” – Alex

“Om Unit’s “Threads” LP is an incredible body of work. His sound has the ability to be beautifully cinematic, as shown in this track, and I can’t get enough of it at the moment.” – Alex

“I first heard this on Kuedo’s ‘Sinking In The Datatank’ mix and on upon hearing it, got hold of HTRK’s album Work (work, work). This track sets the tone for the whole album, which has such a unique sound throughout. It’s been my go to album this week.” – Chris

“At yesterday’s NFL International Series game I watched the Jacksonville Jaguars mascot jump from the roof of Wembley stadium to this song. Hadn’t heard Rise Against for a while so this was a nice reminder.” – Adam

“Part of a soundtrack that included Metallica, Nirvana and Guns N’ Roses, this also got a spin during yesterday’s NFL game. This song is 33 years old but the riff is still hard. ” – Adam

07. Ministry – Every Day is Halloween

“Seems no more appropriate time to throw this into the mix, complete with an assortment of classic Horror visuals. I’ve been revisiting John Carpenter’s movies this week and it’s clear that Ministry got more than a little inspiration from the world’s greatest Horror composer.” – Adam

“If you follow The Daily Street, you should have picked up on some tips on how to dress well. You should also be listening to How To Dress Well. “ – Thom

“Not exactly a new discovery here… but he can really rap. “ – Thom

“Been listening to Ghetts new tune featuring Kano #partyanimal so pulling out some old material. Big fan of Ghetts tone of voice. Lorde, Pure Heroine. Album dropped today so will be playing it in.” – Grizzle

“This song is one of Bacharach’s classics written for the Drifters. Usually I would say you can’t mess about with drifters vocals and even in this version with 60’s Merseybeat group Cryin’ Shames the vocals don’t compare but the overall production is eerily enchanting.” – Luke 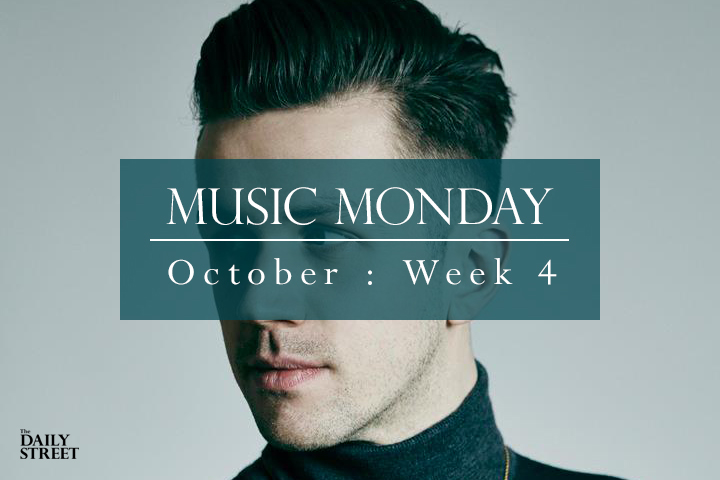