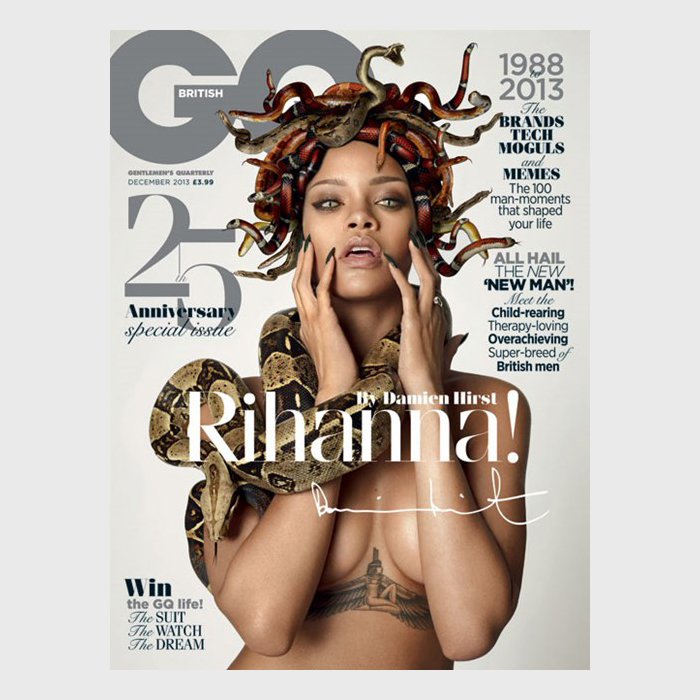 In an interesting partnership, British GQ have commissioned Damien Hirst to art direct the cover shoot of their 25th anniversary issue featuring Rihanna.

According to GQ, the duo have collaborated on art project “the like of which has never been seen before” for the issue. We’re more than intrigued to see what awaits us in this landmark publication for the brand. It must have costs a fortune just to get these two names involved, so it’s definitely sparked out interest. Here’s what British GQ have to say about the duo:

Unfortunately, these three images and short bit of copy are all that has surfaced surrounding the project so far, but it’s clearly Medusa inspired and one of the few times that the cover of GQ has hosted a signature (it may even be the first). To see the entire project you’ll have to pick up the 25th anniversary issue of British GQ when it hits shelves on October 31st. 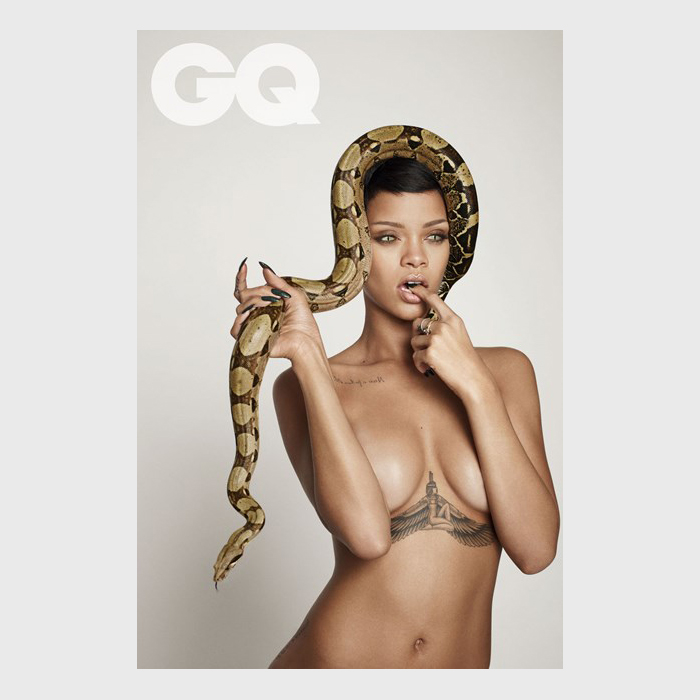 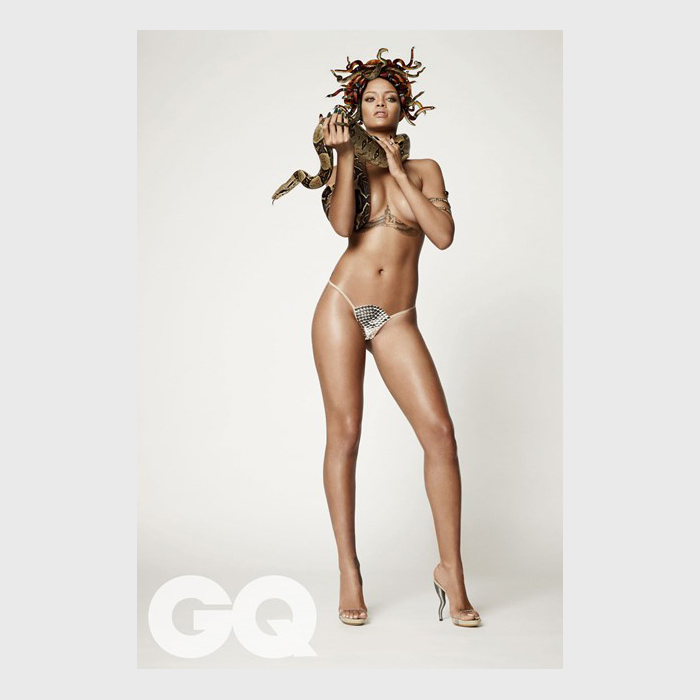