If you somehow haven’t seen any of the Uncle Drew videos yet, then you’re in for a very good surprise. For those of us who are familiar with Irving’s aged basketball hero character, we get to enjoy watching him recruit his old point guard “Lights” (played by Nate Robinson of the Denver Nuggets) while accidentally involving Lights’ lady friend “Betty Lou” (played by Maya Moore of the Minnesota Lynx).

As with all of the Uncle Drew chapters, the players and spectators at the court were only told that they would be filmed for a “basketball documentary” and had no idea that these old timers would show up, or who they really are. 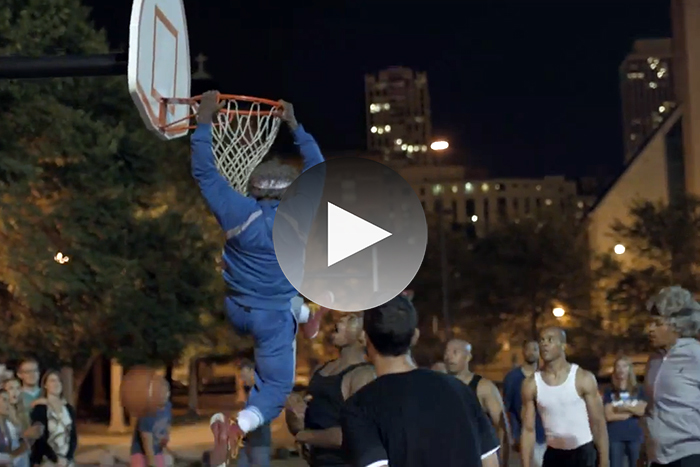 Video: ItsNate – Where She Learnt That At