Warning: "continue" targeting switch is equivalent to "break". Did you mean to use "continue 2"? in /nfs/c08/h04/mnt/122689/domains/thedailystreet.co.uk/html/wp-content/plugins/wp-author-box-pro/includes/ReduxFramework/ReduxCore/extensions/customizer/extension_customizer.php on line 442
 Music Monday: November Week 2

“I found this track in one of the last scenes of this week’s episode of Misfits and I’ve been on a mission to purchase all of Sol Seppy’s music since.” – Alex

“For some reason I woke up on Thursday with an urge to blast out a few classic Thrice albums while working, so that’s exactly what I did … and very loud. This track never fails to put a smile on my face and make me start air-drumming.” – Alex

“Teena needs your lovin’. RIP to a great voice and such a strange and tragic death.” – Alex

“It’s another week of listening to early Fleetwood Mac for me. Another classic from Peter Green.” – Luke

“Went out Friday, Completely lost it to this. The original was great but I forgot how Spyro upped the energy on this refix. Madness.” – Luke

“I’ve been waiting for PTH’s new album Volition to land on Spotify since it released. I finally got my chance to hear it this week and have repeated the process several times. I couldn’t pick a favourite track yet, so here’s track 1.” – Adam

07. The Distillers – Dismantle Me

“Following several discussions on the subject, this week I spent far too much time making a playlist dedicated to my theory that 2003 was the best year for music, ever. That year’s Coral Fang isn’t everyone’s favourite Distillers record, but it is great. If you’re interested, here’s the full playlist.” – Adam

“Looking forward to seeing this band at the London leg of the Vans Warped Tour this coming weekend. Beholder of Justice is from The Rise of Brutality and also my 2003 playlist.” – Adam

“Siamese Dream and Mellon Collie have been my go to albums this past week. There’s not studio version of Bodies on YouTube but this live version captures the energy and vibe of the original. ” – Chris

“Really in to the melody, layers and progression in this track.” – Chris

“Found this on Spotify the other day. Really like it. Never knew of them.” – Thom

“Who needs a reason to listen to Tom Waits?” – Thom

“Great to hear one of the UK’s better rappers return to the scene with a solid piece of work. The title track is a banger.” – Grizzle

“Kiss Tha Game Goodbye was an album I used to always play when I was a teen. Jada’s tone and flow is up there with the best.” – Grizzle 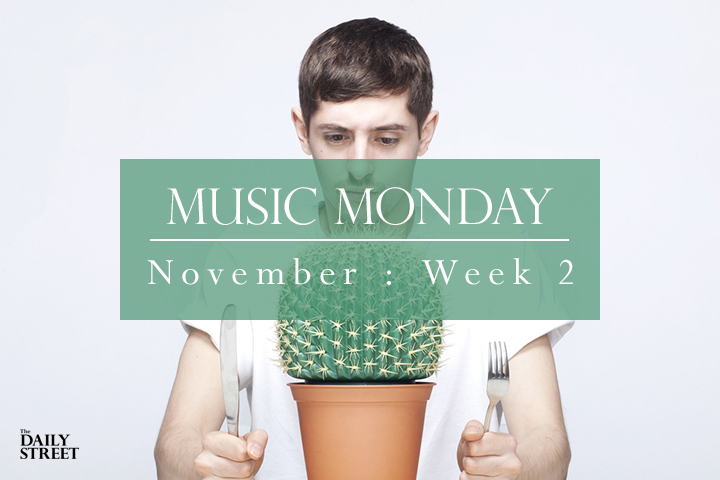