Warning: "continue" targeting switch is equivalent to "break". Did you mean to use "continue 2"? in /nfs/c08/h04/mnt/122689/domains/thedailystreet.co.uk/html/wp-content/plugins/wp-author-box-pro/includes/ReduxFramework/ReduxCore/extensions/customizer/extension_customizer.php on line 442
 This Weekend's Big Releases: November Week 1 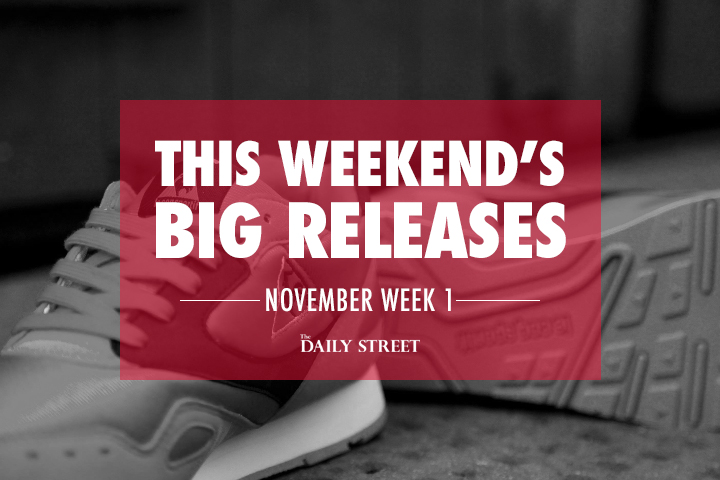 There are plenty of big releases coming to you this weekend from all sorts of footwear brands, including Nike, Puma, Converse and Le Coq Sportif. Get all the details on where to find them and when below. 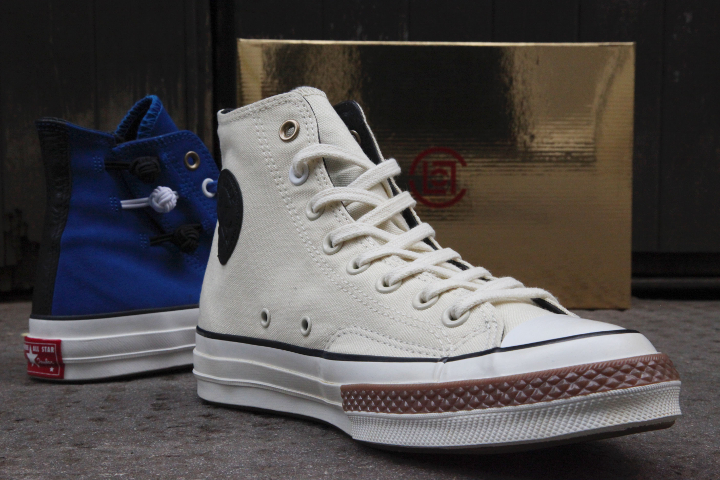 CLOT have produced two make ups of the 1970s Chuck Taylor shape referencing traditional Chinese formal wear. Coming in rich blue suede and cream canvas with Chang Poa button closure on the side and a bunch of other added details, these release in-store at Footpatrol this Friday from 10am. 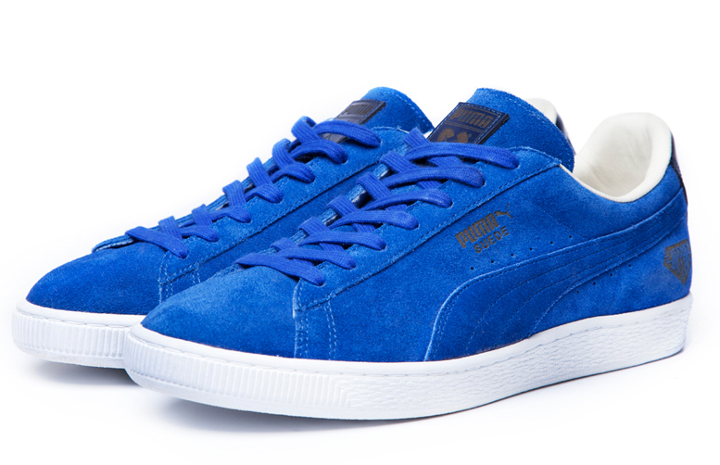 In honour of the 45th anniversary of one of the most iconic sneaker silhouettes, Puma release this blue ‘Sapphire’ edition of the Suede this weekend. A combination of brushed blue suede and white calfskin lining, additional details include a laser-cut Sapphire logo on the heel, mining tools on the tongue and the absence of the Puma logo from the heel tab. They release on Friday at select stockists including End, with just 450 pairs produced worldwide. 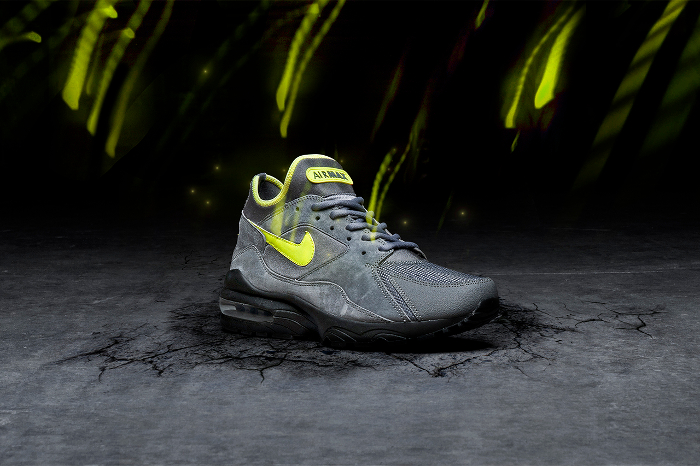 size? continue their run of exclusive Air Max 93 colourways with this dark grey number, accented by Volt colour pops on the swoosh and tongue. These will be available from all size? stores nationwide, as well as from size? online from 8am this Friday via direct links from the store’s Facebook and Twitter pages. 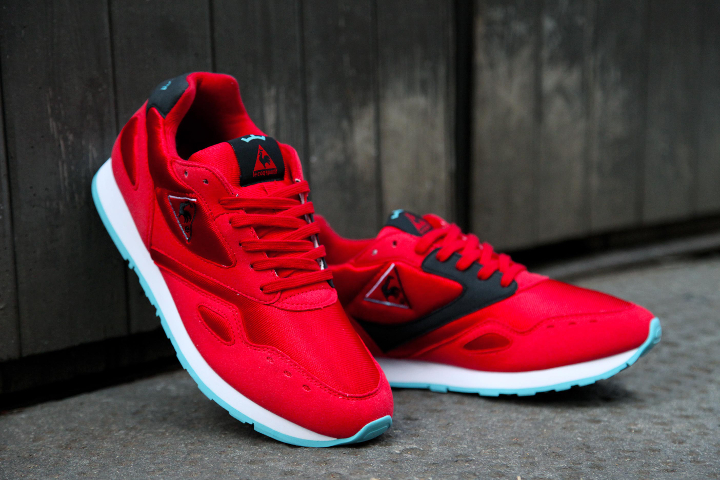 Barcelona’s 24 Kilates take the Flash from Le Coq Sportif and give it an all red wash. Complimented with black branding, a white midsole and an aqua coloured outsole, this is a seriously bold shoe. They release alongside two corresponding crewneck sweatshirts at Footpatrol this Saturday, priced at £90 (crewnecks £65). Read more about the Flash here. 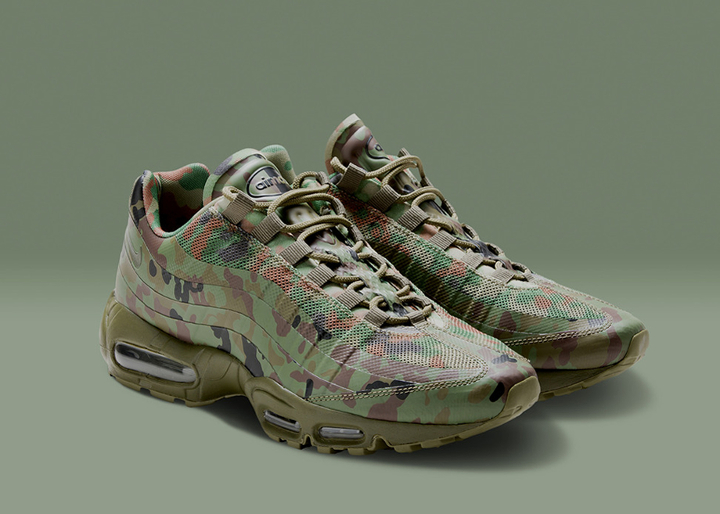 We’ve seen the country camo pack a few times now, but this weekend sees another with a release that includes two Nike Air Max silhouettes coated in Japanese woodland camouflage. Hyperfuse renditions of both the Air Max 95 and Air Max 90, with Japanese flag labels stitched into the footbeds, go on sale a little after midnight on Friday at Hanon.

*Unfortunately the Japanese camo pack has been delayed by a week until the 16th November. 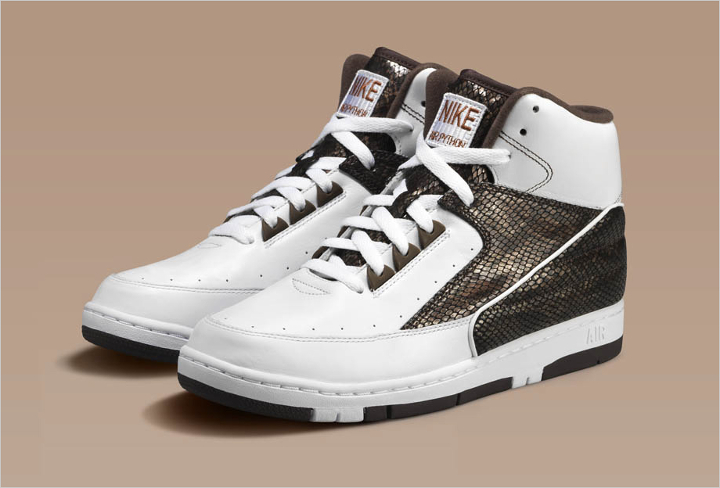 Following the release of the White/Black colourway earlier this year, a brown snakeskin colourway in the Air Python will also release this weekend. White full grain leather mixes with brown snakeskin for a definite marmite shoe. These also release just the weekend’s side of midnight at Hanon, priced at £138.