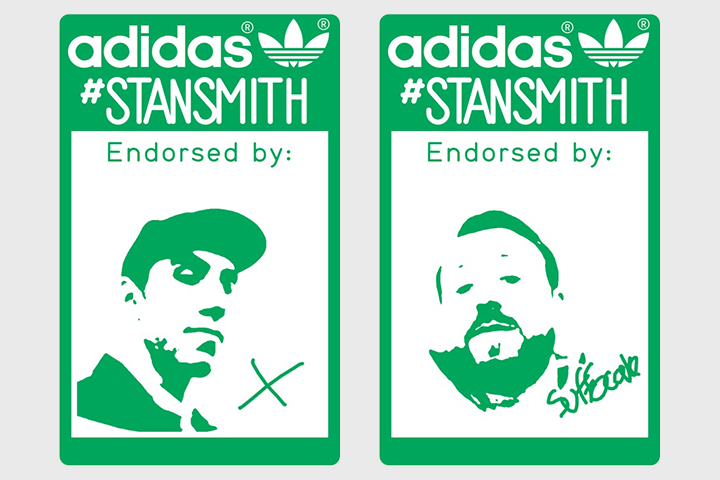 Last week saw the London and UK relaunch of the adidas Originals Stan Smith. One of the main features of the event was the ability to endorse the campaign yourself, so we did! Excuse the complete lack of attempt to sign my own photo… it’s harder than you think using your finger on an iPad.

It was a simple set-up; once inside the World’s largest shoe box, there was a room with walls covered in Stan Smith shoes and within that room was a selection of iPads that you simply took a photo of yourself on and it printed out these metallic stickers for you to keep. The giant shoe box did serve a purpose beyond just #STANSMITH branded selfies – it was a pop-up store selling only the Stan Smith 2014 reissue at The Truman Brewery in East London.

This campaign has set the bar high for 2014 and we look forward to seeing how other brands compete throughout the year. Hopefully the 2014 World Cup in Brazil won’t draw too much budget and attention away from our shores this year.

You can see the full recap of the UK launch for the Stan Smith here. 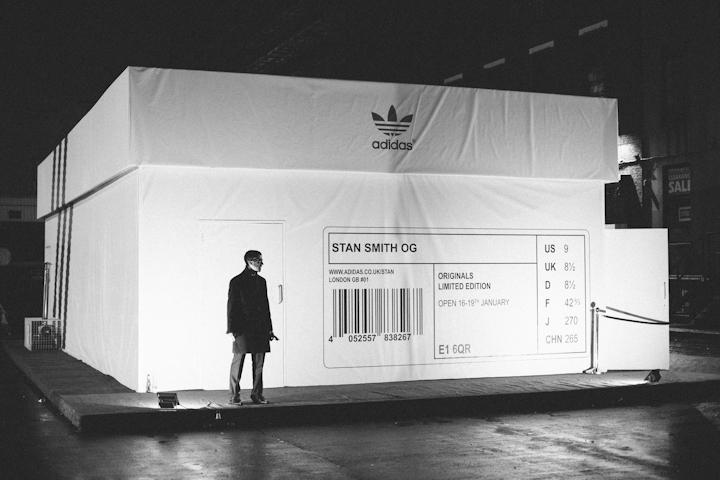