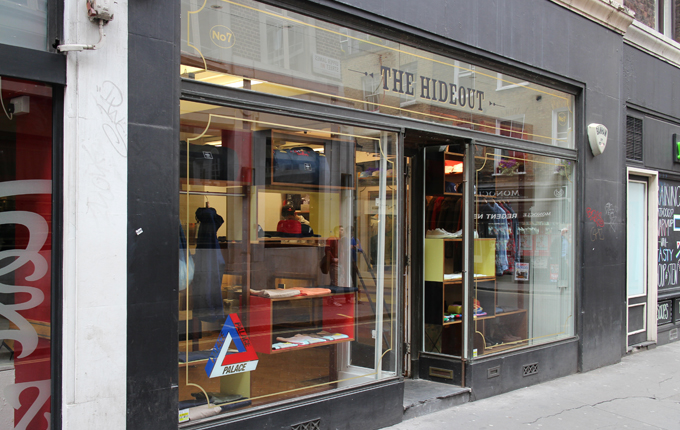 There have been whispers of this floating around for some time, but today it seems to be confirmed that London’s The Hideout store will shut up shop for good in the near future.

The last few years have seen many physical outlets forced to close in the UK, but this one hits extra hard. A mainstay on London’s streets with a legacy that stretches as far back as its original ‘Hit and Run’ moniker in 1998, The Hideout has been a home to many of the world’s biggest streetwear brands for over a decade. Supreme, Visvim, Stussy, Neighborhood, WTAPS and more have all been essential parts of the Hideout brand mix over the years, and many will have fond memories of the time spent lining up outside on release day and the purchases made over the years.

No official word has been given as to exactly why the store is to close, but I expect that the web-dominated age of streetwear coupled with increasing London rent prices and perhaps even the opening of Supreme’s London Flagship store nearby will all be contributing factors. Despite streetwear being ‘bigger than ever’ in the UK at present, there are now so many more options and avenues for purchases in 2014 and I won’t be surprised if this isn’t the only ‘brick and mortar’ store we say goodbye to this year.

We’ll be sad to see it go. See more at The Hideout.