Warning: "continue" targeting switch is equivalent to "break". Did you mean to use "continue 2"? in /nfs/c08/h04/mnt/122689/domains/thedailystreet.co.uk/html/wp-content/plugins/wp-author-box-pro/includes/ReduxFramework/ReduxCore/extensions/customizer/extension_customizer.php on line 442
 Music Monday: January Week 1

So it’s time to bring in the new year with our first Music Monday of 2014. Our selection this week features the likes of Py, Real Big Fish, Kode9 and João Gilberto.

“This is such a good remix. The original is great as it is, but so is this remix in it’s own right. I’d strongly suggest checking out Py’s new tune ‘Swimming Slow’ as well.” – Alex

“I still stick to my guns that 2009 was the golden era for Dubstep. For me, that’s when it reached it’s maturity and it’s most expressive and experimental phase. This tune by Kode9 and LD sums up one of the styles that I love from that era.” – Alex

“I can’t remember exactly how I stumbled upon this tune recently, but it’s a really enjoyable listen.” – Alex

“I don’t think we ever got round to discussing Joey Jordison’s departure from the ‘knot last month, which anyone who’s ever listened to a Slipknot record will know is a big deal. As an original member and one of the main writing forces, Joey’s exist (or firing as it now appears) certainly creates an uncertain future for the band, but at least we’ll always have Eyeless.” – Adam

“I had a dream the other night which bizarrely featured some mention of Cali ska-punk masters Reel Big Fish. I dug out a few discs from the back catalogue to reacquaint myself and was instantly taken back to my first years of high school, ridiculously wide denim and checkered sweat bands. They’ve had at least six releases since I was last a fan, but the old ones will always be best.” – Adam

“I’ve been trying to delve deep into the depths of electronic music history and at the moment i’m back in the late sixties with psychedelic outfit Silver Apples. Most of their stuff is pretty great, it’s worth going back and checking out.” – Luke

“The weather is pretty bleak in the UK at the moment and to be honest listening to João Gilberto is my escape to a warmer place. This track is recorded with his at the time wife, Astrud and has quite a haunting but still warming quality.” – Luke

“MissingNo is a stellar example of electronic music and keeps a strong foot in the current crop of the instrumental grime movement. On this track MissingNo has injected a whole lease of life into the use of r&b samples. In fact the whole MissingNo EP that this track comes from is overly good. Out now on Goon Club Allstars.” – Luke

“One of my favourite soul recordings and they weren’t a massively well known group. I’m not sure if MFSB played the backing but the track underneath IS pretty much Lay In Low by MFSB. Great stuff.” – Luke

“Poliça’s latest album Shulamith has some amazing songs on it and I think Tiff is my favourite so far.” – Chris

“My friend made me a mixtape and this song was on it. One to just sit back and take it in.” – Chris

“One of my favourite hardcore tracks ever. Listening to Age Of Quarrel never fails to excite me.” – Chris 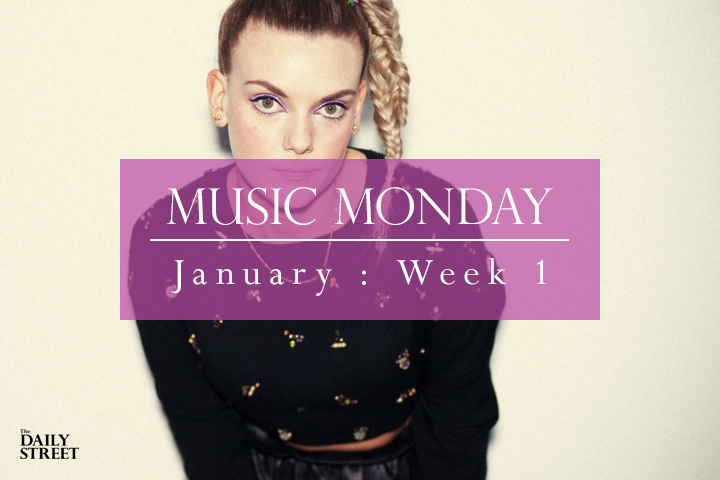