Warning: "continue" targeting switch is equivalent to "break". Did you mean to use "continue 2"? in /nfs/c08/h04/mnt/122689/domains/thedailystreet.co.uk/html/wp-content/plugins/wp-author-box-pro/includes/ReduxFramework/ReduxCore/extensions/customizer/extension_customizer.php on line 442
 Music Monday: January Week 2

Another start to the week means another Music monday from The Daily Street. This week features Cream, GlassJaw, Robert Johnson, Joey Bada$$ and Head High.

“Sun Kil Moon is easily one of favourite singer songwriters, taking much of his vocal style from Modest Mouse. Ben’s My Friend is actually off his new album, Benji, which isn’t out until some time in February, and it is sublime. To quote Stereogum, this song is the “indie rock equivalent of Curb Your Enthusiasm”. Oh, and it is all about him going to see The Postal Service and how he’s well good mates with Ben Gibbard. Strange.” – Thom

“To many of my friends anger, I used to preach about how this album doesn’t live up to their first, Everything You Ever Wanted To Know About Silence. Whilst I still agree their debut was the better release, I bloody love this album.” – Thom

“This is another album that I always seem to dust off my digital shelf at the start of a new year. I think it is because of its slightly negative and positive outlook on life.. which sums up my review of almost every year. ” – Thom

“I’ve been listening to a lot of old psychedelic rock from the 60s and 70s this week. Cream’s Disraeli Gears has been my go to album.” – Chris

“Something a little more modern. Fans of Tycho will be really into this one.” – Chris

“This remix of Mike Jones’ Still Tippin’ is definitely one of my favourite vocalled grime tunes ever. Given a slight relick on production by Plastician back when he was known as Plasticman. Banger.” – Luke

“My oldie this week comes from the man who started it all mr Robert Johnson. Recognising how important blues has been in shaping everything we listen to today is a something we all should do and Robert Johnson is an integral part of the blues story. Classic.” – Luke

“I’ve only just picked up the Statik Selektah album Extended Play which features a whole host of east coast rappers both old and current. It’s so good to hear some of these rappers team up and this track is one of the highlights for me.” – Luke

“I’m a big fan of Shed and his talent for multiple pseudonyms. Head High is one of my favourite alias’ that this man goes under and I’m more than excited to be seeing him perform under this name this weekend at Find Me In The Dark!” – Alex 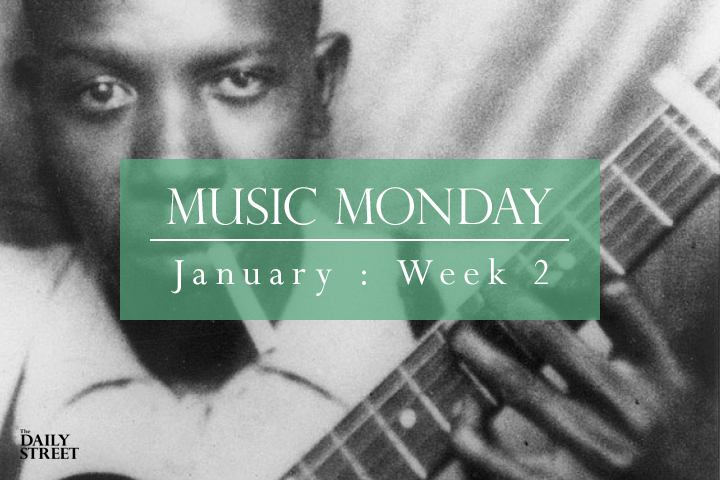