Warning: "continue" targeting switch is equivalent to "break". Did you mean to use "continue 2"? in /nfs/c08/h04/mnt/122689/domains/thedailystreet.co.uk/html/wp-content/plugins/wp-author-box-pro/includes/ReduxFramework/ReduxCore/extensions/customizer/extension_customizer.php on line 442
 Music Monday: January Week 3

Once again it’s time to take a listen to our music selections here at The Daily Street. This week we feature the likes of Fela Kuti, At The Gates, TRG, Beyoncé and Banks.

“This week’s prime selection is a very loose tie-in to the Ronnie Fieg x Puma Disc Blaze ‘COA’ release. Every time I read those letters I can’t help being reminded of Swedish metallers The Haunted’s DOA from their 2003 One Kill Wonder album. The band just announced the release of a new single in the coming weeks which I am eagerly anticipating almost as much as I did the aforementioned shoes.” – Adam

02. At The Gates – Slaughter of the Soul

“Talking of Swedish Metal, you can’t mention the subject without a thought for At The Gates – who shared most of their members with The Haunted. This week had me on a massive AtTheGates-core listening binge, but no pretenders to the theone will ever match this. Slaughter of the Soul might just be the best metal song, ever.” – Adam

“I love a strong, independent woman. The beat is serious.” – Grizzle

“Listen to this really loud and all the way through and I guarantee it will put you in a better mood. Fela Kuti’s music is beautiful it’s that simple.” – Luke

“As much as this tune will probably blow up due to the titan team up of artists, I’m just gassed to here Busta and Q-Tip on a tune together. Vibes” – Luke

“I’ve touched on Novelist’s talent before and will stand by the fact he the most exiting vocalist grime has had in years. Teaming up with a producer like Mumdance is only right. Seeing Nov on these type of grime beats is the beginning of good things for sure.” – Luke

“I found myself blasting out some classic Dubstep on Saturday night with my mate Harry and I’d forgotten how much I love classic the (Cosmin) TRG and Hessle Audio sounds, so this tune is going in to represent both.” – Alex

“Saturday night also saw me on the dance floor of Corsica Studios getting entranced by the sounds of Head High aka Shed, so here’s one of my favourite tracks by him – it also has a great name and comes from an EP titled These Kinky Dudes From Germany.” – Alex 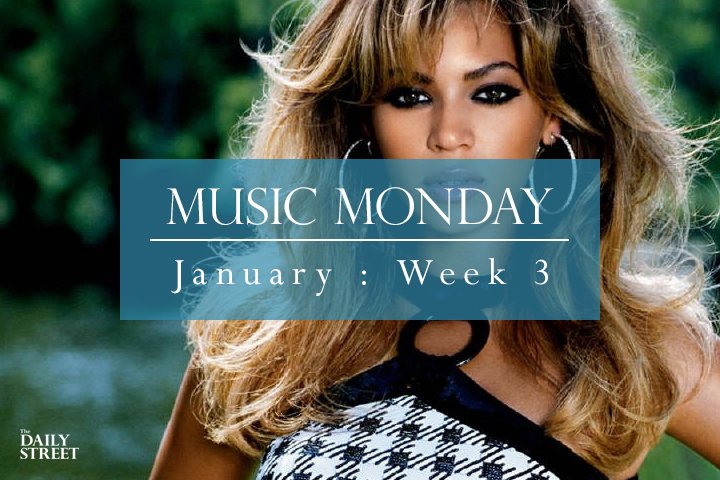