Warning: "continue" targeting switch is equivalent to "break". Did you mean to use "continue 2"? in /nfs/c08/h04/mnt/122689/domains/thedailystreet.co.uk/html/wp-content/plugins/wp-author-box-pro/includes/ReduxFramework/ReduxCore/extensions/customizer/extension_customizer.php on line 442
 Iconic Celebrities with Tattoos by Artist Cheyenne Randall 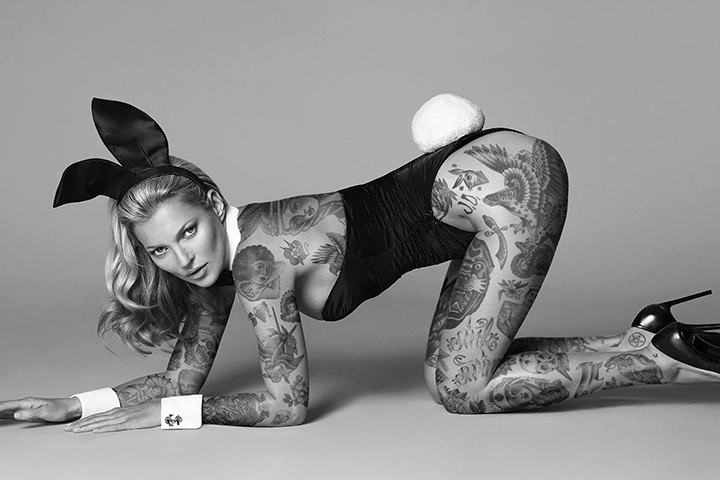 Seattle based artist Cheyenne Randall has imagined what certain iconic people would look like in a parallel universe, a universe where it was more common to be covered in traditional tattoos.

A curiosity project that has been taking the web by storm, Cheyenne Randall’s work takes iconic celebrities and shows them covered in traditional tattoos as if it was common place. People such as Kate Moss, Bill Murray, Mick Jagger, Bryan Cranston, Audrey Hepburn and even Patrick Swayze have received the treatment and are shown in a different light. It’s interesting to see what these people would look like if tattoos weren’t such a taboo in celebrity culture, something that is only recently changing, so this may be a reality in the not so distant future depending on wether or not the recent adoption of tattoos by mainstream culture is permanent or a phase. In the artist’s own words …

“All of these images were created as a form of curiosity. What some of the worlds most recognizable and admired icons would look like perhaps living in a parallel universe. This has never been about “What would celebrities look like with tattoos” although it is clearly centered around tattoos because I personally love traditional tattooing. It’s a classic and a strong hold in the world of tattooing. So to anyone stating these are done wrong and have no flow and are blotches. look up Traditional Tattooing. Now. Also, this is a good look at how we, ordinary people develop such strong personal one sided relationships with icons. I have seen people say this is disrespectful and they are offended. Really? Because last I checked I didn’t know Brad Pritt and Edward Norton gave a shit one way or another and maybe just maybe they might think it’s fun and harmless and imaginative. Like it is.” 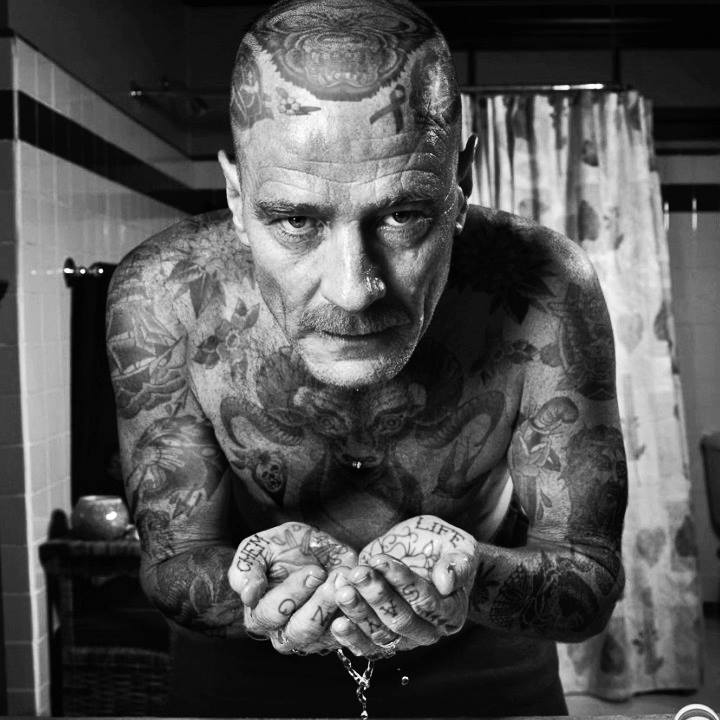 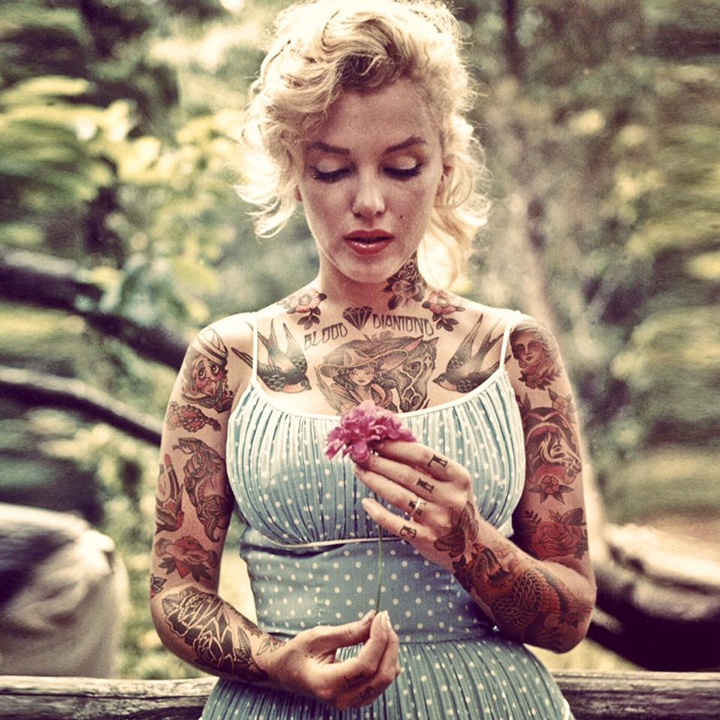 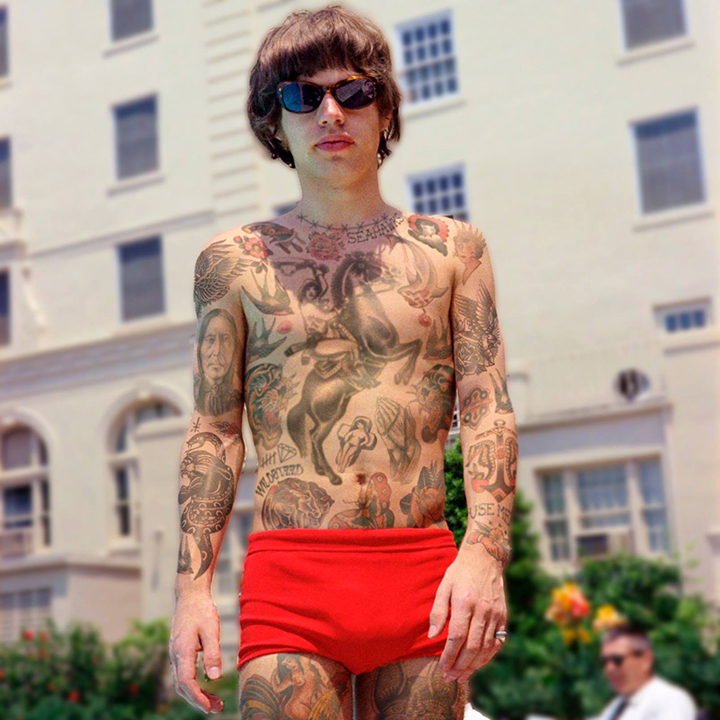 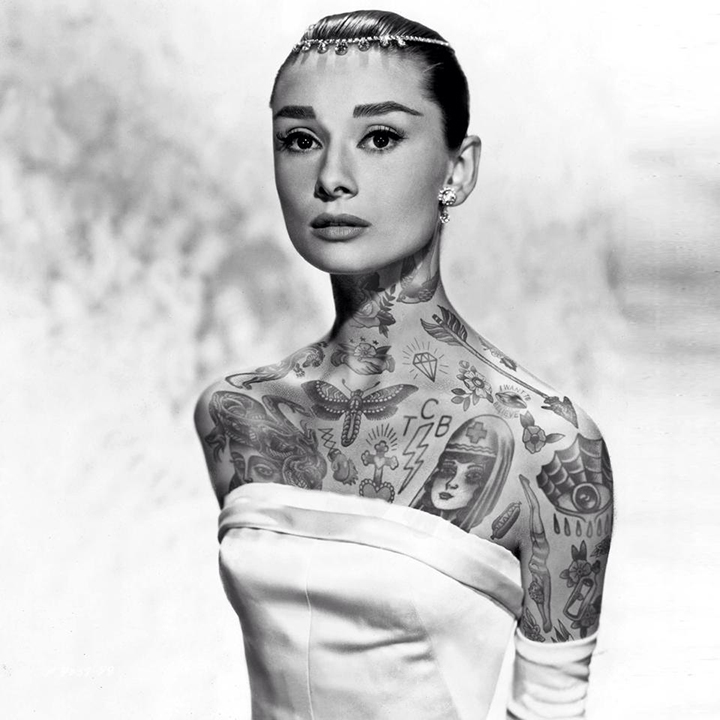 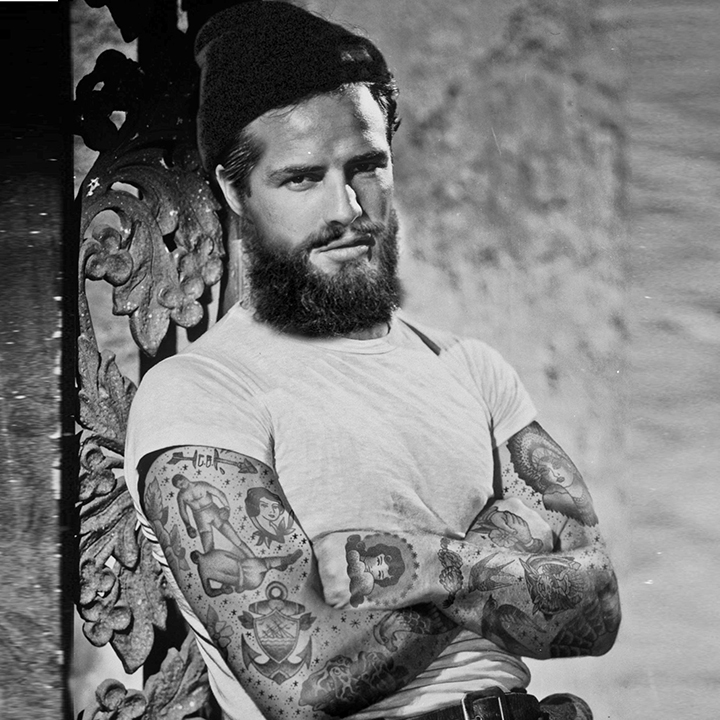 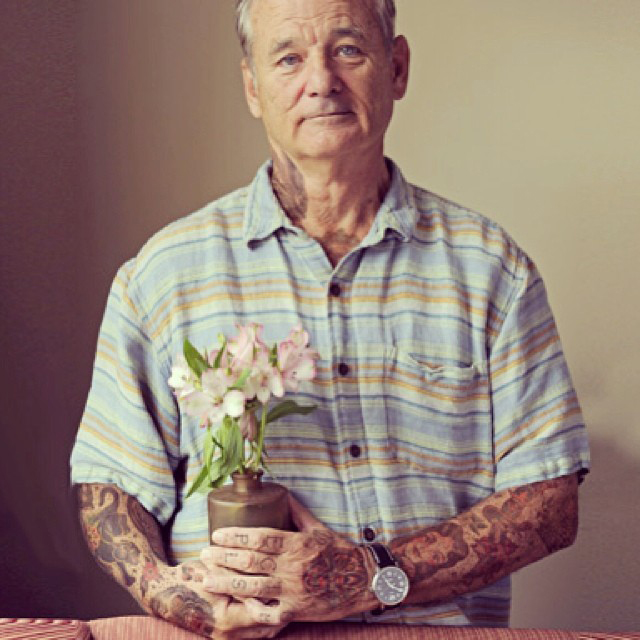 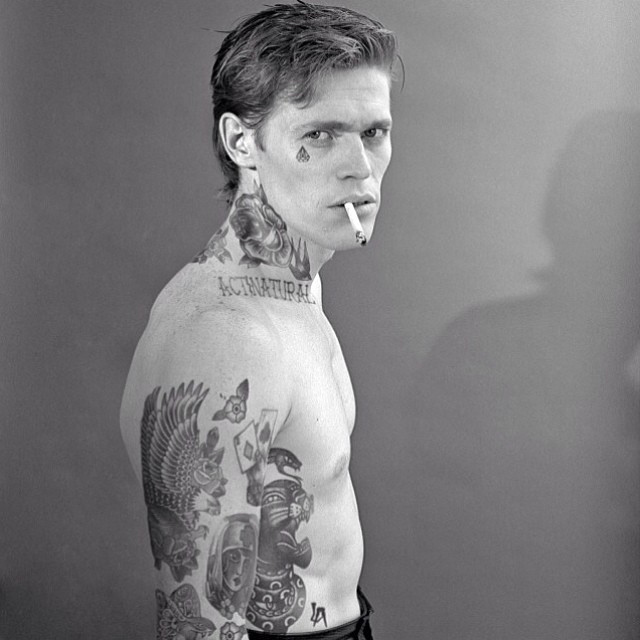 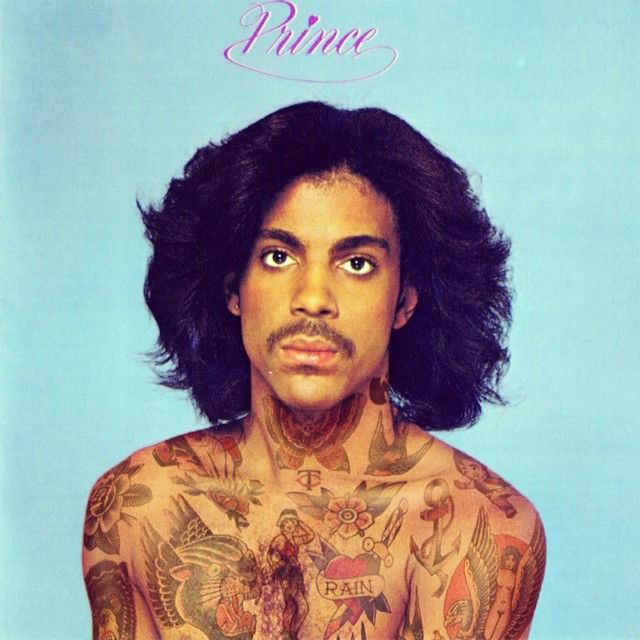 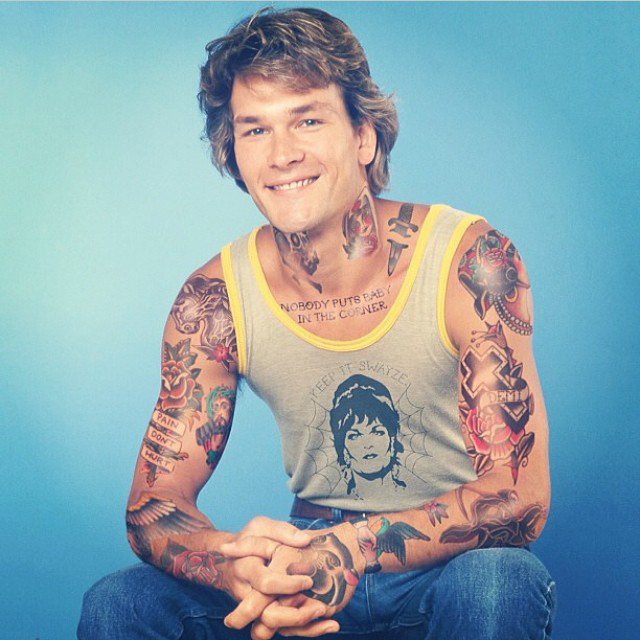 A word with artist Aled Lewis about his…