Warning: "continue" targeting switch is equivalent to "break". Did you mean to use "continue 2"? in /nfs/c08/h04/mnt/122689/domains/thedailystreet.co.uk/html/wp-content/plugins/wp-author-box-pro/includes/ReduxFramework/ReduxCore/extensions/customizer/extension_customizer.php on line 442
 Introducing The Daily Street 2.1 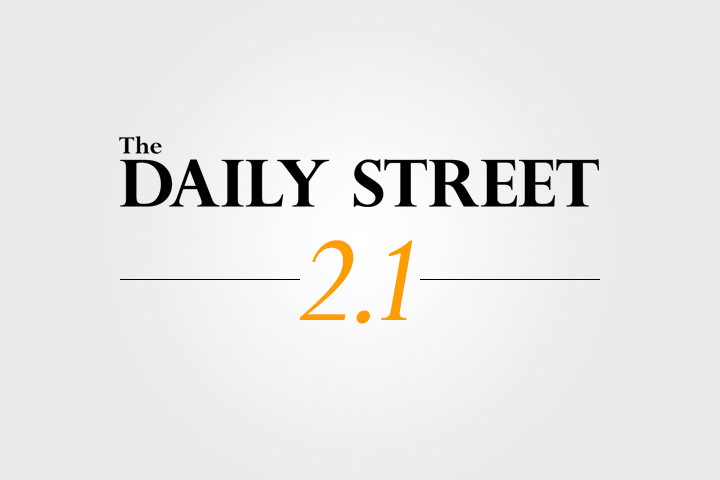 It’s been exactly a year since we launched TDS 2.0, so we decided to make a few improvements and today is the day that we launch them as TDS 2.1 …

Relaunching in March 2013 with 2.0, the site got a complete overhaul as we future proofed and took a huge step forwards. We’ve made a number of changes over the year but almost entirely behind the scenes, so as much as they will have affected your browsing experience, you probably won’t have noticed. Today we launch some new features that you can actually see and interact with, all aimed at making your experience on The Daily Street that bit more enjoyable and intuitive. Below is a list of what has changed / been added and an explanation as to why we’ve done it and what effect it will have:

It’s become clear to us recently that the topline navigation system in our header is a little restricted. Yes, it serves it’s purpose, but we put ourselves in the reader’s shoes (as we like to do often) and asked ourselves “What if I’m only really interested in Music, or Art, or Sneakers?”.

In asking this we realised that the system we had only allowed you to browse by time and you were forced to see all of the content we were publishing, so we’ve added a category navigation system. You can find it just above the blog roll on the newly renamed News page (previously called Home) and it enables you to filter all of the blog content by category, be it Fashion, Sneakers, Music, Art, Lifestyle or Video.

We came to the conclusion recently that having a Twitter feed in our sidebar wasn’t the best use of space. We’ve got a Twitter button in our social buttons in the header and to be honest, if someone wants to see your Twitter activity they’re most likely to just find you on Twitter.

With this in mind we started thinking about what could replace it and what was missing from the site and came to the realisation that one of our favourite new explorations, our weekly Popular Posts mailer, could be incorporated onto the site. So, in the sidebar you’ll now find Popular Posts – a mini blog roll of the most popular content from the week. It updates live and counts every pageview to ensure that it’s as correct as can be.

At the bottom of every blog post we have a Related Posts box. It’s been there since TDS 2.0 and it’s still here in 2.1 we’ve just made it more visual by putting the emphasis on the images rather than text. In the back end we’ve made some structural tweaks that mean that the algorithm is a lot more powerful and the selection is a lot more related than it used to be, so the posts are now highly relevant. A simple change, but one that we hope you agree makes a big difference.

We’ve replaced our comments section with the Disqus system, allowing you to sign in via different social media platforms to comment. Don’t worry, we aren’t forcing you to do this, you can still comment anonymously, but for those who want to you can now comment via your social media alias as well.

“What’s the benefit?” you might ask. Well over the years we’ve noticed that most of the comments come from a community of highly active readers, regularly commenting and often interacting between each other when doing so. We thought long and hard about how we could build community through this and reward those who put a lot of effort into contributing in this way and the ability to log-in using social kept coming up. We figure, if a reader is regularly putting forward insightful or constructively critical comments, then they’re essentially a part-time writer and should reap some rewards. Wouldn’t it be cool if people started following each other on Twitter for example because they like their comments on the site? Or people become Facebook friends because they have similar views and often interact in our comments section? This is something we’ve always wanted to be able to offer and Disqus quite simply does that incredibly well.

The last introduction in TDS 2.1 is the new footer at the bottom of every page. No longer is it a simple admin area where you can find our T&Cs and contact details, but it now plays host to a hand picked selection of content from across The Daily Street. It actually showcases content from the Featured banner on the News page. It’s a feature we really like because it’s where we get to shine a bit of extra attention on content that we like ourselves, but the only problem with it was that it didn’t find it’s way onto any pages other than the News page. So we’ve put it in the footer as well. It also looks nicer because it spans the entire width of the page. We hope you agree!

All in all, the changes aren’t anything ground breaking or world changing (that’s why it’s 2.1 and not 3.0), but we hope that they will make your time on The Daily Street much more enjoyable and informative. We’re really happy with the developments and we hope you are also. With this in mind we say a special thank you to our web development team at Hikkendry for all their hard work as usual as well as those individuals who beta tested it for us and gave us their insights.

The Daily Street 2.0: A Guided Tour

The Daily Street on Tumblr