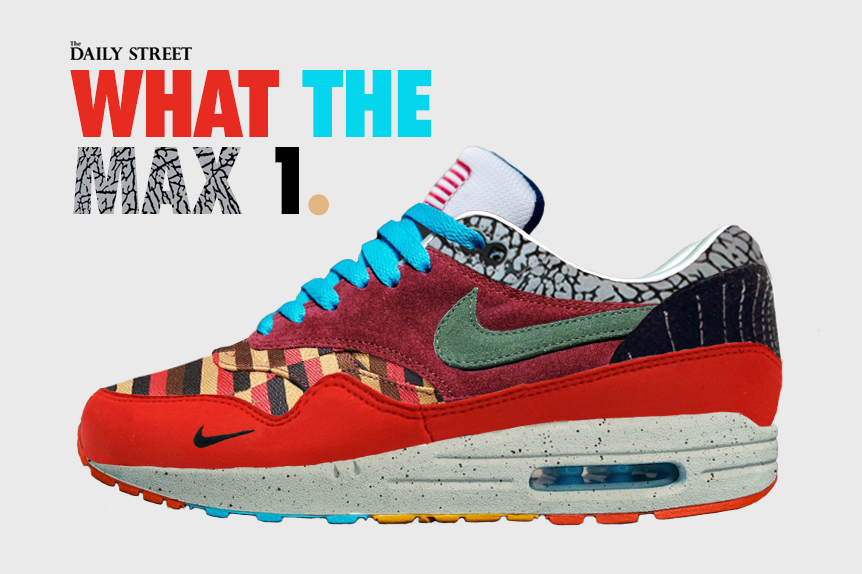 We’re all familiar with the What The Dunk shoe from 2007, mashing up some of the most hype Dunk SB’s into one super-hype release, but what if Nike did the same with the Air Max 1? Our Managing Editor Alex Synamatix has dreamt up what he thinks it might look like.

First thing’s first, this sort of concept is highly personal as it can’t physically contain everyone’s favourite Air Max 1’s of all time. In fact this concept doesn’t even include most of Alex’s favourites, let alone all of them, but the aim was to create a mashup that had a reasonable amount of hyped Air Max 1’s while still looking like something you’d want to wear (something that the What The Dunk debatably didn’t achieve). In his own words …

“It wasn’t so much about squeezing in as many super-hype AM1s as possible. It also doesn’t include a lot of the most widely acclaimed grails. For me the priority was creating a concept that I would actually wear if it came out. This kinda shoe is always gonna look a little crazy, but I feel I’ve made a shoe that I’d happily wear.”

Rather than spill the beans on the models included in this concept, we thought it would be fun to see if you lot could work them out. We’ll be keeping an eye on the comments section below and confirming those who guess correct. Extra brownie points to whoever can work out exactly which pair the speckled midsole is from.

Have Your Say: What’s your favourite classic Air…