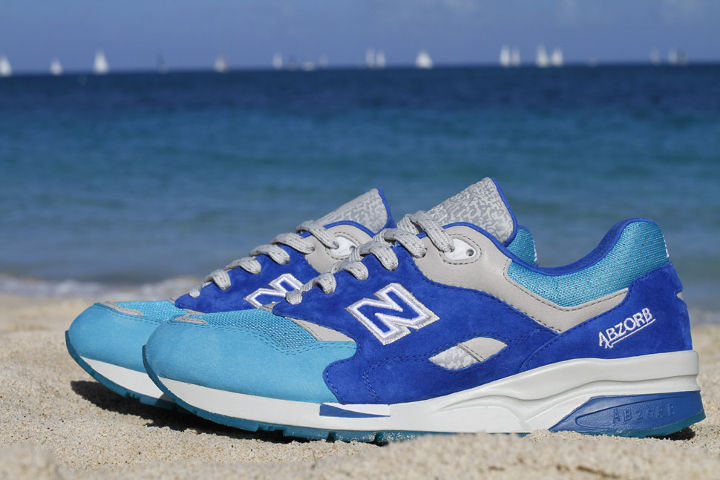 Texas sneaker destination Nice Kicks have teamed up with New Balance once again to produce this superb sea blue 1600 nicknamed the Grand Anse.

Taking a similar oceanic approach to some of Ronnie Fieg’s recent collaboration models, the upper mixes aqua and deep blue tones to mimic the ocean at Grand Anse beach on Grenada in the Caribbean. Nice Kicks founder Matt Halfhill lived on the island as a youth and so pays tribute to one of his favourite places with the release.

Light grey elements on the midsole and throughout the upper represent the sandy shores of Grand Anse while white touches on the side branding and eyelet mimic the sailboats that can often be seen on the horizon. Reflective panels sit under the mesh toe and on the 1600’s tongue, resembling the way the sun shimmers on the waves and a translucent blue sole finishes the job off nicely.

I love the detail that Nice Kicks have gone to here, with every element of the collaboration’s design considered, and the story that goes along with it. The truth is, no image could really do this release justice, they really have to be seen in all their glory for the full experience. 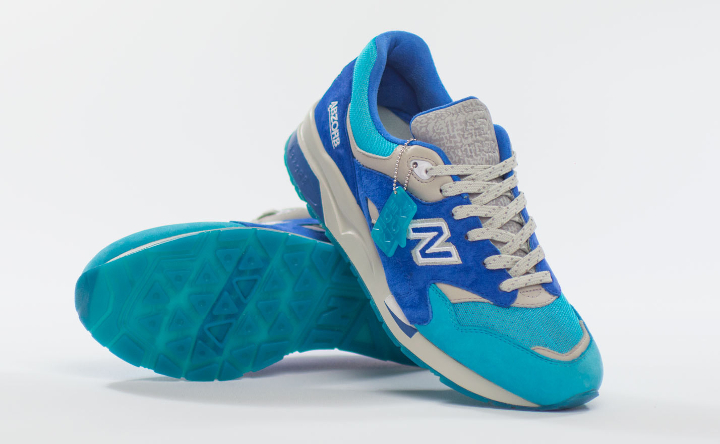