Warning: "continue" targeting switch is equivalent to "break". Did you mean to use "continue 2"? in /nfs/c08/h04/mnt/122689/domains/thedailystreet.co.uk/html/wp-content/plugins/wp-author-box-pro/includes/ReduxFramework/ReduxCore/extensions/customizer/extension_customizer.php on line 442
 Video: Nike Air 1987 ‘Revolution’ TV advert

The field of advertising is one that is predicated on signs and signifiers. Drawing on symbols and referent systems, meaning is created through a combination of cultural elements such as images and songs. Advertising powerhouse Wieden+Kennedy have been responsible for some of the most memorable Nike advertisements, with this 1987 ‘Revolution’ commercial being a vital element of Nike Air’s success.

Rewind back to 1987 where a world reliant on the internet didn’t exist, the television was an invaluable source for getting the attention of viewers. Video advertisements are still just as important today for communicating a meaning and ideology to a target audience. Appropriation is advertising’s main tool of communicating a message and ‘Revolution’ was a masterclass in creating the kind of referent system that has helped Nike reach the level it has.

The ‘Revolution’ advertisement was directed by Peter Kagan, shot on Super 8 and created to communicate Nike’s democratic approach to sports and its products. The ad is weaved with many layers of appropriated images complimented with the energetic Beatle’s song, Revolution. We see quick edits shift from one shot to the next, with each image differing from the next but all of them sharing a common message: anyone can take part in sports. Amongst the inspiring notion of a sports revolution, Nike does a good job of making sure that viewers understand that an endeavour into sports isn’t easy but can be challenging and enjoyable. Various subtle hints towards hard work are evident throughout the ad with the end shot depicting a man working out and struggling, but with enjoyment too.

Equality is presented through the interchangeable images of celebrity athletes, amateur basketball players, the average everyday running enthusiast and even a small child. We see a balance of male, female, black, white, old and young (disabled athletes were later represented in an ad entitled ‘A Time Of Hope’) athletes presented in black and white footage, an extension of the idea of equality. Layered within those appropriated images are shots of various Nike products, with a focus on the Air Max 1.

The democratic ideals of the ad were emphasised by the choice of song, The Beatles’ ‘Revolution’, which is a raw guitar driven effort that encapsulated Nike’s spirit and culture. This advert is historical not only for Nike, but for The Beatles and advertising as a whole as it was the first time that The Beatles allowed any of their music to feature in an advert. Nike and Wieden+Kennedy’s appropriation technique is based on the brand knowing and appreciating that its audience is smart and culturally aware. Nike presents particular signs that welcome the viewer, allowing them to establish a mutual understanding and relationship.

The message of ‘Revolution’ is a positive one and it confronts us to overcome barriers, both social and personal. Finally, it presented the idea that this sports ‘Revolution’ was accessible through Nike’s products. Many of these ideologies are of course still relevant today and it feels timely to look at this ad as we celebrate the first ever Air Max Day. 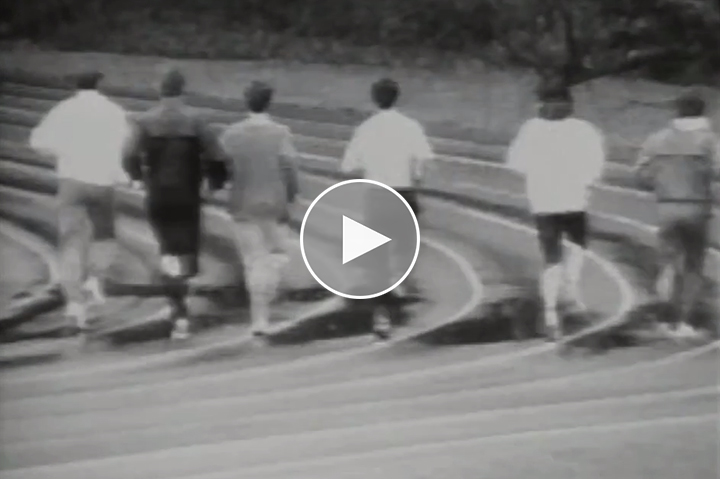