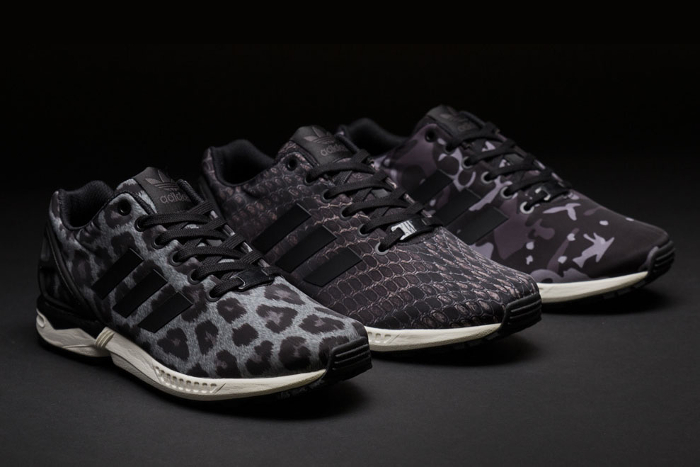 SneakersnStuff have worked with adidas Originals to produce a trio of exclusive patterned colourways in the new ZX Flux.

We’ve talked about the ZX Flux a lot since its release, but that’s only because it’s one of our favourite new releases of 2014 and will no doubt go on to be one of the most important when those end of year lists get compiled in December. The large, seamless upper of the Flux makes it the perfect canvas for a printed finish, largely undisturbed save for the three stripes and ZX heel cage. The SneakersnStuff models build on what was established with the Photo Print pack, adding in a black and grey camo, snow leopard print (much more wearable than the Foot Locker exclusive) and black snakeskin to create three unique versions of the style.

The three SMUs go on sale this Saturday May 3rd, exclusively at SneakersnStuff. That means no UK release this time, but with SnS looking to open their first London store shortly, we’re already anticipating what else might be to come later in the year. 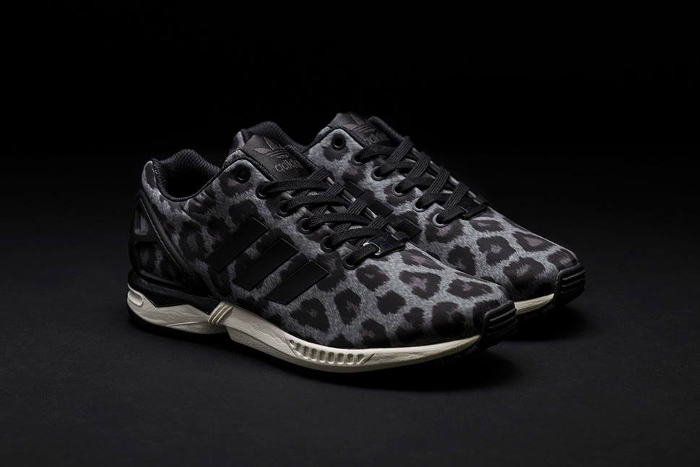 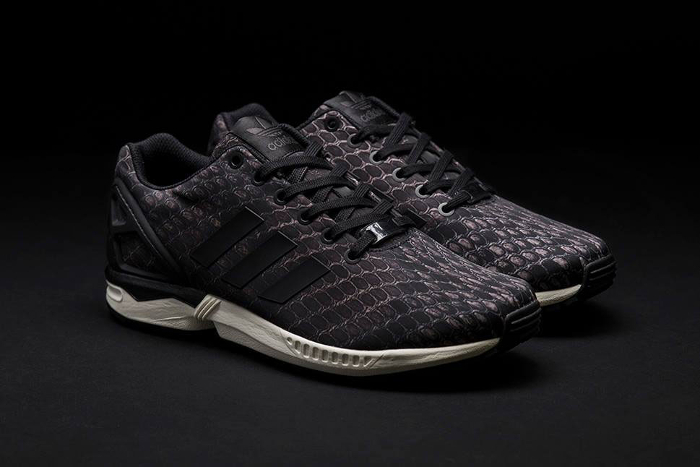 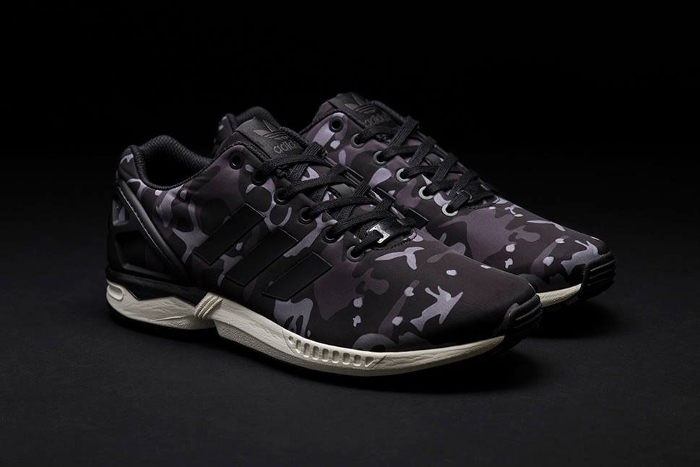