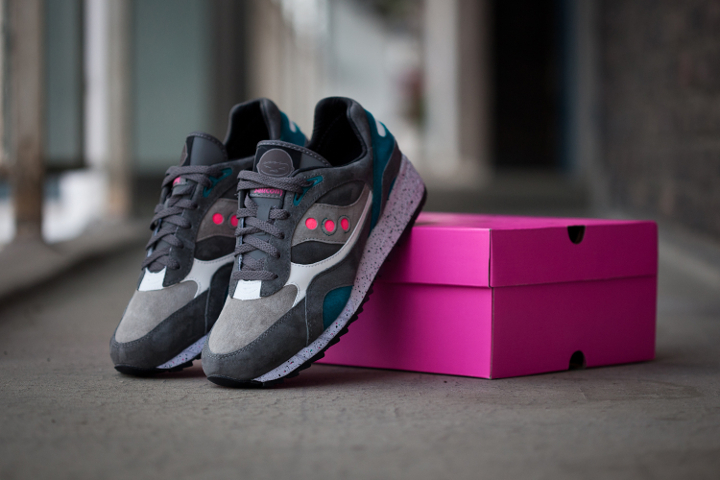 After floating a few teasers round the past couple of days, we finally get a detailed look at the new collaboration from Offspring and Saucony, marking the store’s 18 years in business with the two-part ‘Running Since 96′ pack.

The release features two pairs of Saucony’s Shadow 6000, previously seen in the ‘Only In Soho’ Footpatrol collaboration. The first of two pairs features a predominantly grey pigskin suede upper against teal and white panels – the grey representing the cobbled Covent Garden streets that surround Offspring’s Neal Street store. Saucony’s three dot side branding appears in bright pink, matching the Offspring logo on the tongue and heel. A reflective 3M tongue  and multi-speckle midsole finish the pair off, with both Offspring and Saucony branding on the footbed.

The second pair of the pack brings in grey elements as before, with navy and turquoise suede coming together for a darker look with a ‘South Beach’ feel to it. Neon pink accents remain on the heel and side branding, as does the all-important speckled sole. Both pairs come in a co-branded pink box, sure to make the collaboration stand out from most others in your stack.

This special release also marks the first time that Saucony have produced a fully unisex collaboration product, with both pairs available in both mens and womens sizes.

The Offspring x Saucony ‘Running Since 96′ Shadow 6000s will go on sale this Saturday April 5th at Offspring stores nationwide, followed by an release online on Monday April 7th at 10am. Check out both pairs in more detail below. 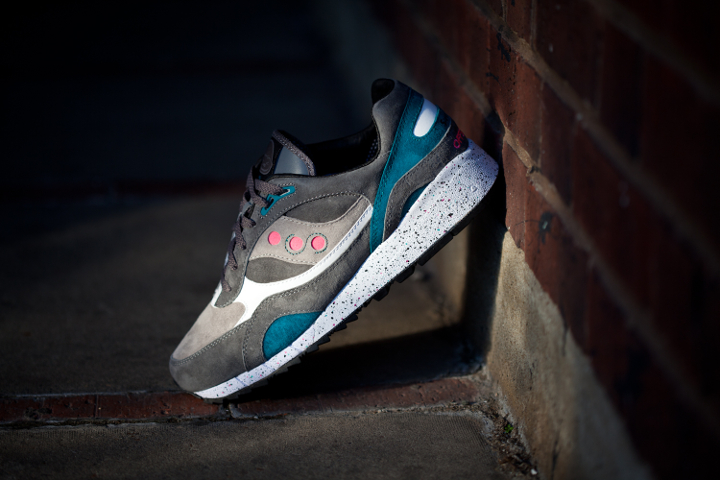 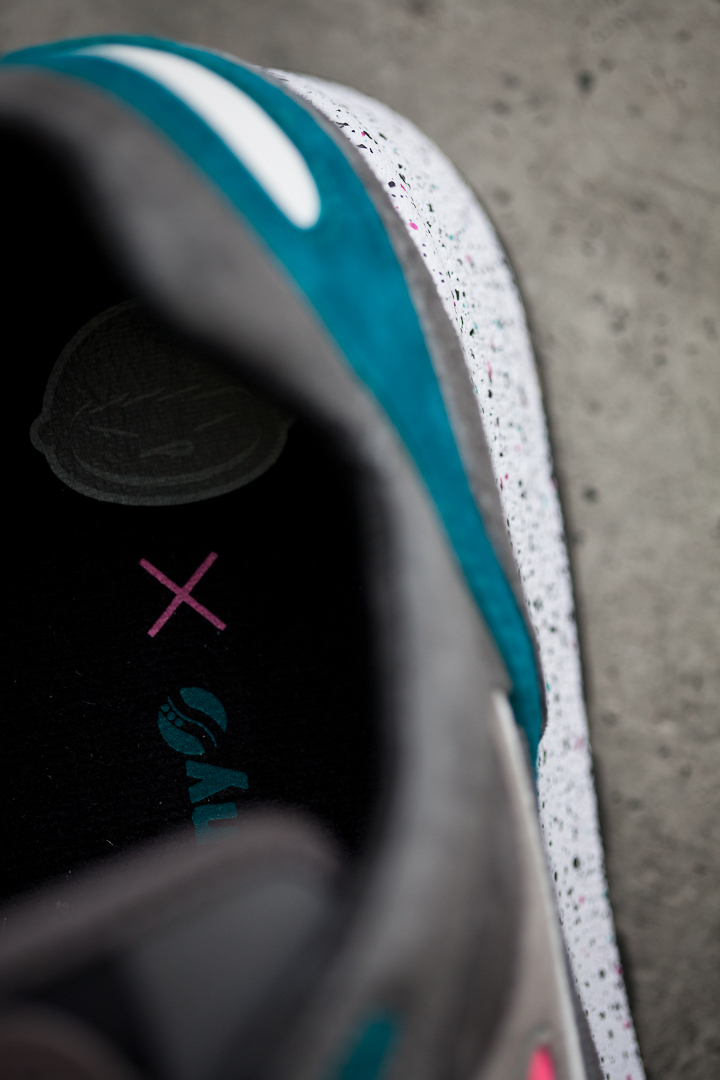 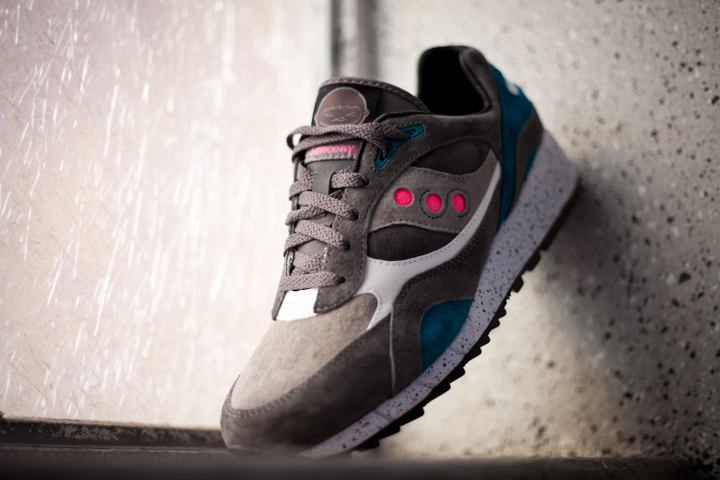 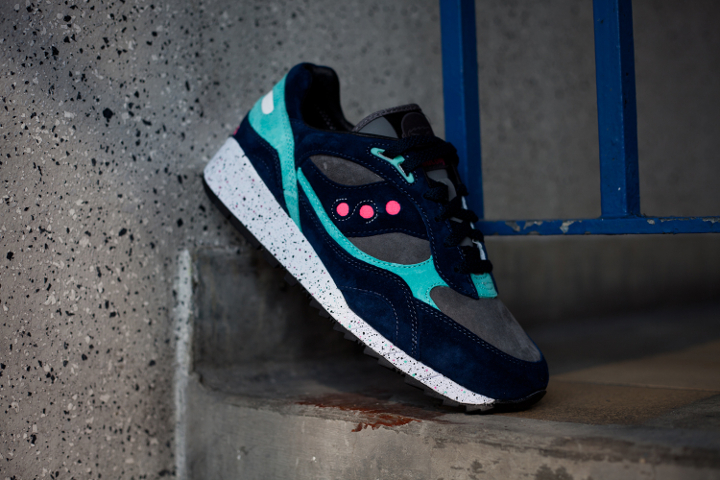 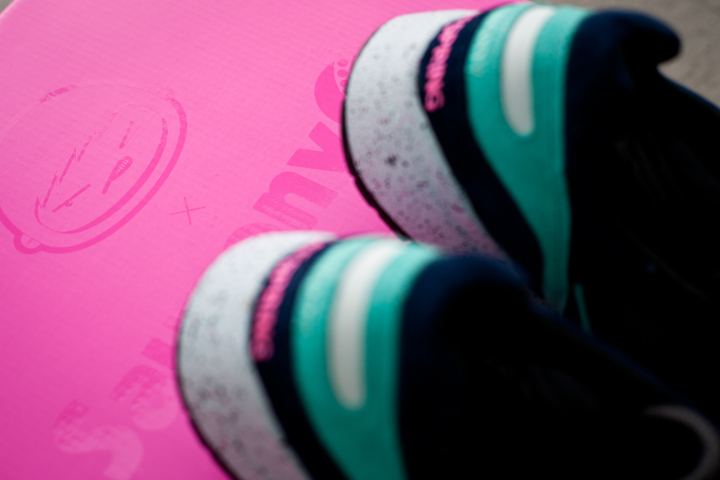