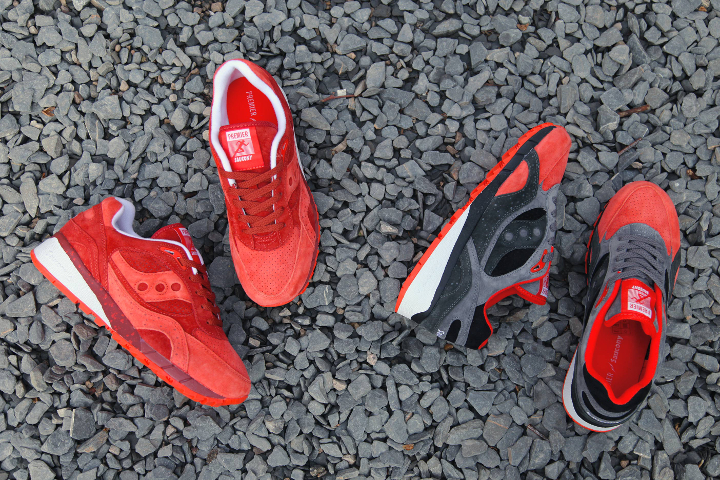 Following a tonne of limited collaboration releases in the past few weeks, Saucony unleash another banger in partnership with Michigan’s Premier boutique with the ‘Life on Mars’ double pack of Shadow 6000s.

The Shadow 6000 gets more love on this release, following just after the Offspring ‘Running Since 96′ pack. With the red sands of Mars as their inspiration, Premier deliver two popping red styles. The first features a mixture of ‘dusty’ and deep red suedes with a subtle speckle running from the midsole on to the upper. The white lining and slashed midsole provide a stark contrast together with Saucony branding on the heel and both partners’ names on the woven tongue label.

The second in the pack is the more elaborate, bringing in a contrasting dusty red toe against a mixture of black and grey suede throughout the rest of the upper. Branded elements run as before with a bright red outsole matching the lining and the upper finished in a combination of speckles and perforations. Saucony’s use of materials on projects like these is untouchable, with both models in the pack smothered in the butteriest suede.

The Premier x Saucony ‘Life on Mars’ Shadow 6000s will be available this Saturday, 12th April, at Footpatrol, as well as other select stockists. Sizes range from UK6 – UK11 with both models priced at £105. A detailed look follows below. 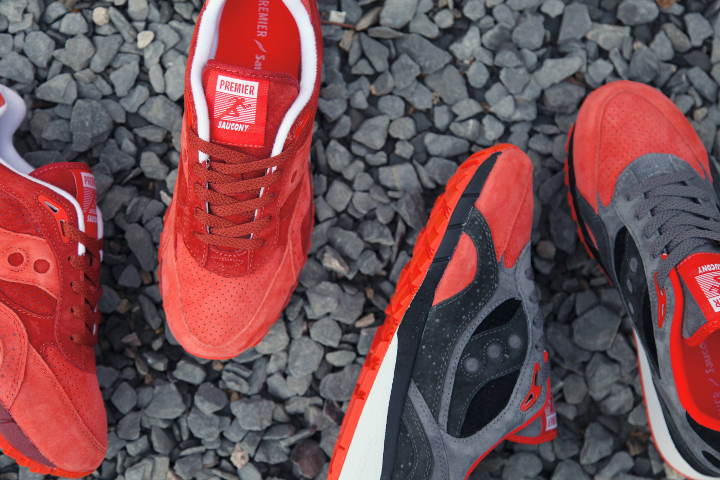 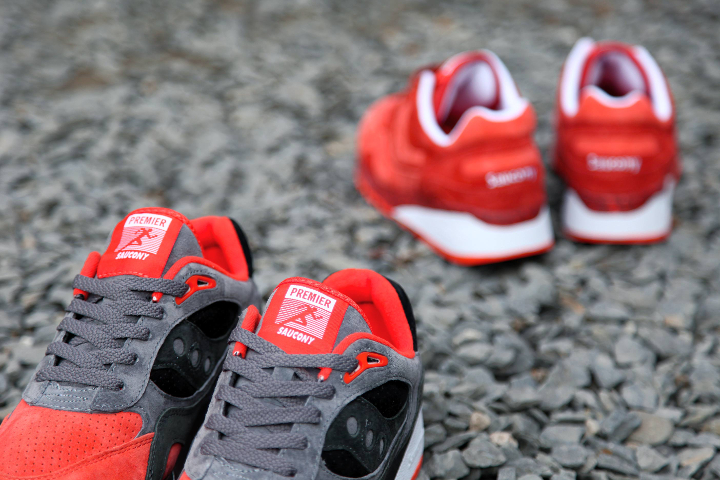 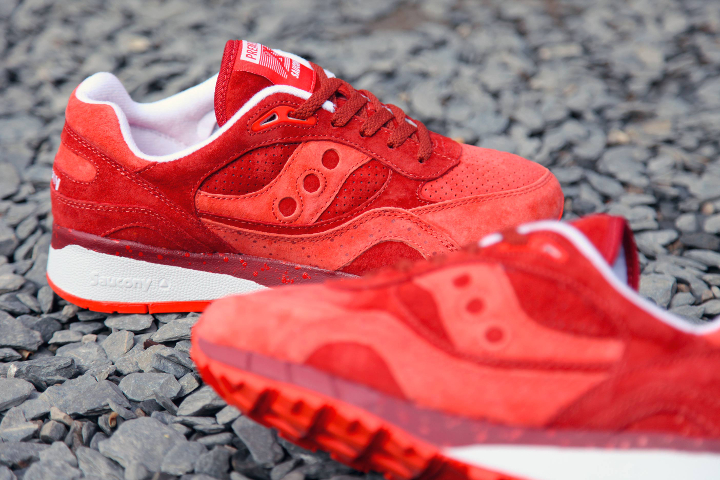 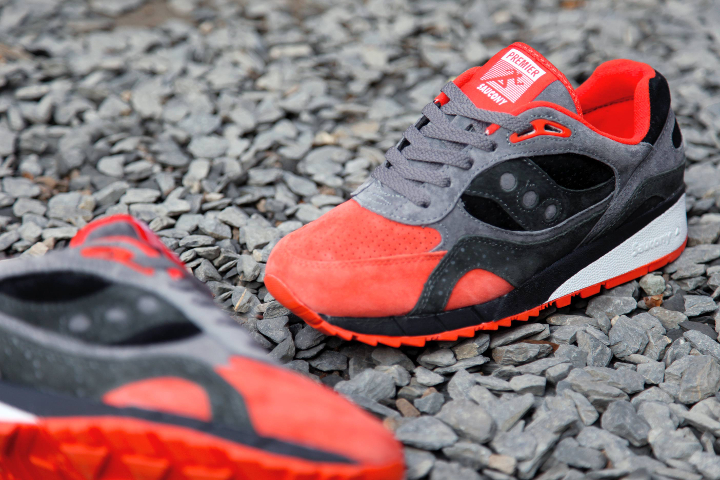 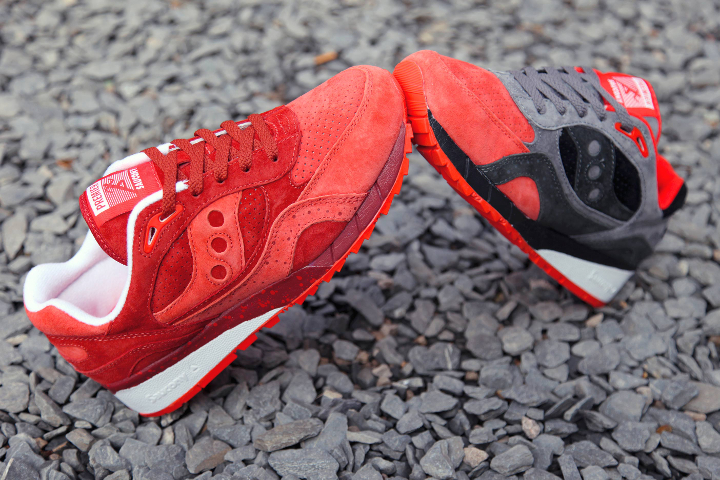