Action Bronson has finally got his own food show thanks to the folks at Munchies.tv aka Vice and it’s aptly named Fuck, That’s Delicious.

Any Action Bronson fan will know that he was a professional chef before he became a rapper. Those less familiar with his professional history could probably guess from the size of him that he likes food. Although he is no stranger to being in front of the camera, is already well and truly in bed with the kings of online video – Vice – he somehow hasn’t been given his own food show until now.

Fuck, That’s Delicious follows Action on his way around the world, touring and eating grub that we can only assume is delicious. The show will debut in May on Munchies.tv – Vice’s food channel. I still think that Action needs to put his money where his mouth is and start a cooking show as a TV chef. While we wait patiently for the arrival of Fuck, That’s Delicious, here’s a fitting quote from the above trailer from the man himself…

“All I believe in is food and myself.” – Action Bronson 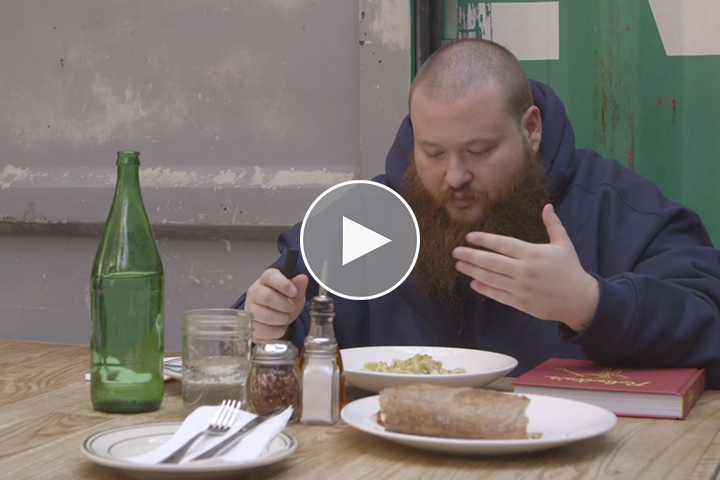