Warning: "continue" targeting switch is equivalent to "break". Did you mean to use "continue 2"? in /nfs/c08/h04/mnt/122689/domains/thedailystreet.co.uk/html/wp-content/plugins/wp-author-box-pro/includes/ReduxFramework/ReduxCore/extensions/customizer/extension_customizer.php on line 442
 Interview: Alex Oxlade-Chamberlain talks Nike and World Cup 2014 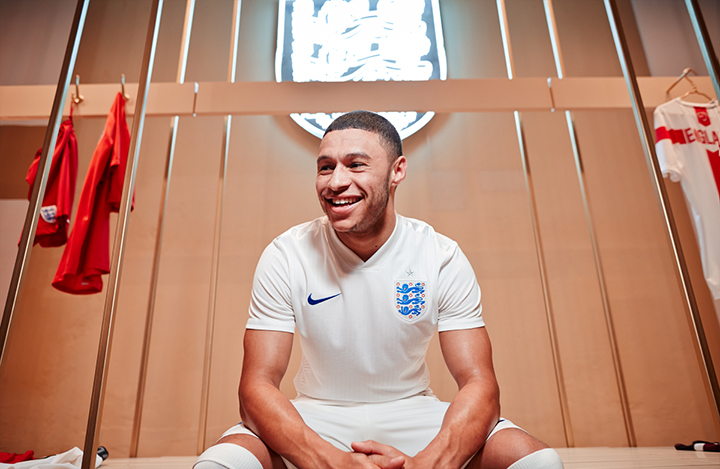 While in Madrid for the Nike Global Football Innovation Summit we took some time to talk with England and Arsenal player Alex Oxlade-Chamberlain about being a part of Nike, his change in boots and his World Cup 2014 hopes.

There couldn’t really be a more interesting time to talk with a high-ranked footballer than in the build up to a World Cup. It’s the potential highlight of their career and although the excitement is palpable, the team is yet to be picked and they have to try and keep themselves from getting too hopeful. We could feel it when speaking to Alex and if anything it just made him more human and more humble.

Enjoy the read and fingers crossed for Alex and his World Cup hopes!

What’s does it mean to you to be a Nike athlete?

What are your thoughts on the new England kits?

Yeah, I really like them. They’re very light, nice fitting and obviously breathable, which is really important for the players that are going to be out in Brazil in the hot climate. It’s a great kit and to be fair I’d expect nothing less from Nike.

What’s your favourite England kit of all time?

Every new one that I get to wear. They’re always the best ones because I get to play in them, so they’re the ones that mean the most to me.

Any key pairs of boots or shirts that you’ve kept hold of from the past?

I’ve kept a lot of stuff to be fair, but as the years go by and I don’t frame them, I forget what they were and what reference the shirt was. I might have given my debut shirts away to a friend for no reason because I lose track of the shirts. I’m not the most efficient when it comes to signing it and saying what it was, so I have kept loads but I struggle to know which was what.

You’ve gone from playing in Vapor’s to CTR360’s and most recently the Hypervenom’s. Has your choice of boot changed as you’ve developed as a player?

The new technology that they keep evolving and bringing out on these new boots means that they’re changing and adapting – but it’s definitely for the better. They’re becoming lighter and at the same time even more comfortable. I’ve worn a lot of different boots and I’m really enjoying the Hypervenom’s that I’m in at the moment, but the new Magista is really interesting and groundbreaking. I’ve had the chance to try it in training and it was really nice to wear, a great fit. 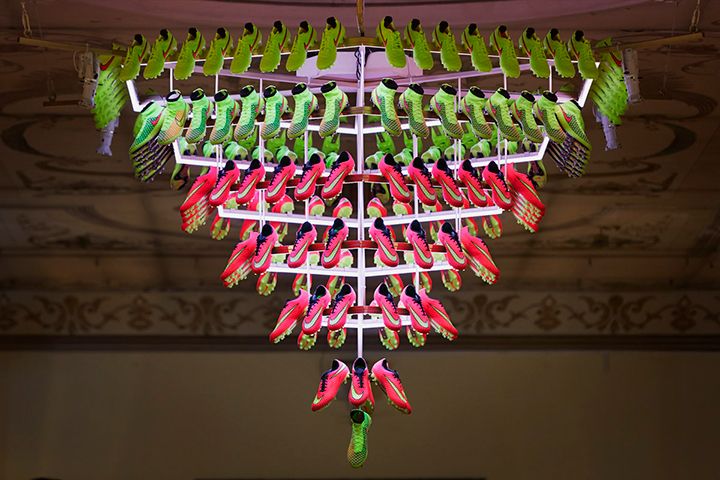 How do you think being given the opportunity to prove yourself on the biggest football stage helps you develop as a player?

It’s an amazing occasion, so to be in a situation where I have a chance to go is amazing and hopefully I do end up being on that plane. If I do, I will try everything in my power to make sure I do as well as I can for England.

Have you made any changes to your usual routine to prepare yourself for the World Cup?

I don’t think I’ve changed too much of my routine because I know I prepare as well as I can for every game whether for Arsenal or England, so its just been continuing that really. The main thing I have changed is to try to look after myself more in terms of after training. Making sure I look after myself to try and prevent injury. Obviously I had a long-term injury this year for 5 months – that wasn’t nice and when you go through something like that and come back you do find that you change your routine. In terms of after training, I’m doing extra exercises to try and prevent an injury occurring again. Trying to keep myself healthy in terms of doing exercise and working more on my body to keep it right is what I’d say I’ve changed. Obviously, that’s better preparation come the Summer.

If selected, do you have any personal targets for the competition?

The first one is to get on the plane to get there. It’s hard to talk about it before you’ve actually been selected or know you’re going, but if selected and given the chance to be on the pitch in Brazil, my aim would just be to do as well as I can for the team. The most important thing for us is that England do as well as they can. If I’m playing well and whoever else is on the pitch is playing well, its going to be that England have a better chance of succeeding at the tournament. So that’s the main aim for us. It’s my goal, everyone’s in the squads goal and the managers goal to make sure that England does the main thing and just play our game like we know we can.

Ben is Events Manager at The Daily Street, helping us with events in his spare time outside of being an Event Producer at Exposure. He also contributes football related content.