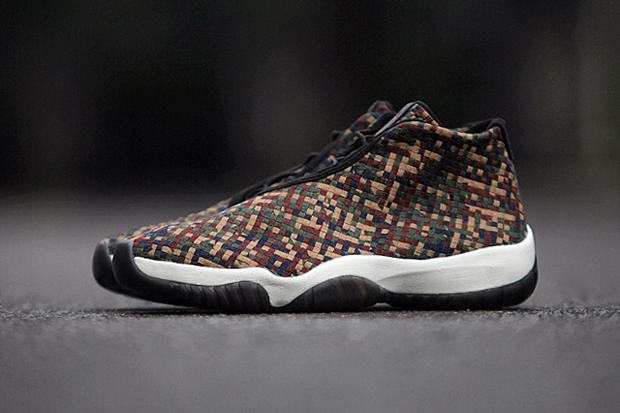 Nike release the next instalment of the Jordan Future this weekend with this camo offering.

The Jordan Future celebrates the relationship that the Jordan Brand has with both the basketball court and the street, heavily inspired by the Jordan XI. Having already seen 2 colourways of the Jordan Future drop in the UK, Nike put the woven upper to good use with this camo weave. This colourway has a very similar appeal to the Nike Lunar Chukka Woven of 2010, especially the rainbow colourways, but the Jordan Future brings one of the best Air Jordan sole units to the table from the XI. It’s a killer.

The Jordan Future Premium ‘Camo’ will drop at 8am on Saturday 17th May at Nike.com exclusively via a Twitter link from @NikeStoreEurope. 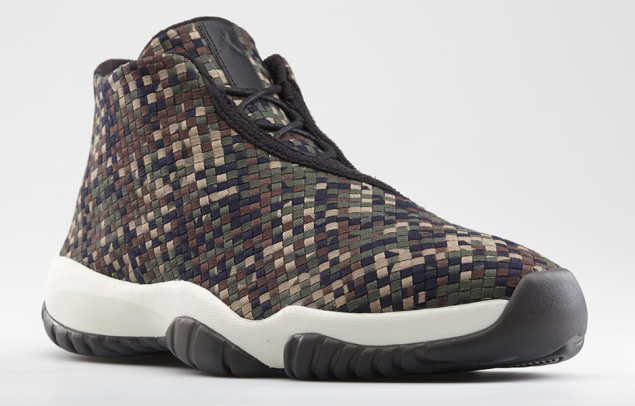