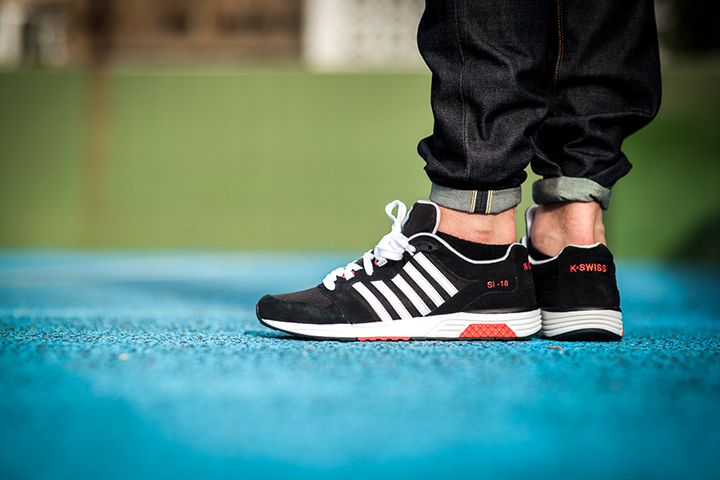 Best known for their tennis footwear, K-Swiss present the Si-18 Rannell 2 for 2014, a sleek update on their early ’90s running silhouette.

The vintage running trend is a pretty well known thing these days in sneakers, and it comes as no surprise to see footwear brands that are less known for their running styles getting involved by digging through their archives. Here we see K-Swiss’ offering and we like it. It’s simple, sleek and classic in style with a touch of early ’90s technical appeal to it without carrying the bulk that the Si-18 Rannell had (although it was most probably though to be very slim at the time). Although it comes in an array of colours, we’ve focused on the black/white/red colourway as it shows the silhouette best and is the most wearable out of all of the offerings.

For those less familiar with the history of K-Swiss and more specifically the Si-18 line, the Si-18 Premiere aka the Si-18 International was the 4th tennis shoe to come from K-Swiss and released in 1991 (and it’s still available to purchase in all it’s retro glory). This model here is an update of the “jogging” equivalent of that tennis shoe, the Si-18 Rannell that released around the same time. A little extra fact for the knowledge nerds – Si-18 is short for Silicone Formula 18, which was used in the Polyurethane midsole cradle of the Si-18.

It will be interesting to keep an eye on K-Swiss as they venture into the vintage running market throughout 2014 and to watch how it is received. Who knows what other archive models they have tucked away with re-issue plans (if any). 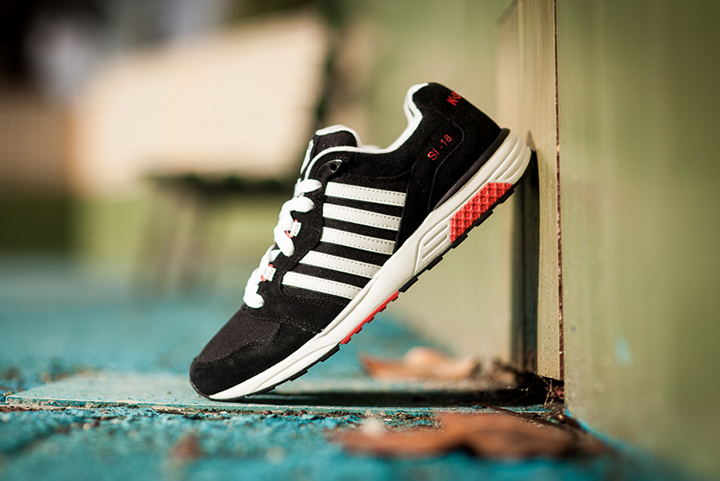