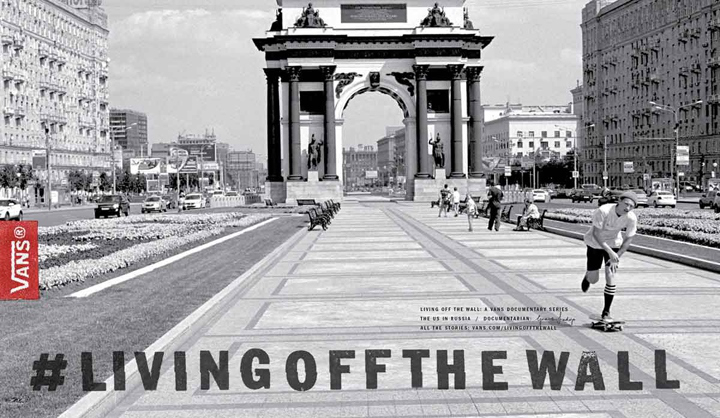 Vans continue their #LIVINGOFFTHEWALL documentaries, working with London-based director Grace Ladoja on a series of films under the banner of ‘The Us in Russia’.

The series takes an inside look at the culture of skateboarding and extreme sports in Russia and the barriers that young Russians face when trying to express themselves. The films are inspired by the spirit of Vans pro John Cardiel, a personal hero of Grace’s, who’s state of mind shows that positive energy and creative thinking can conquer any and all obstacles.

Grace travelled to Russia to film four individuals in and around Moscow and St Petersberg, meeting the LVO crew, pit biker Ando, young skater Tolya and artist and free spirit Pasha, resulting in four unique short films and some fantastic visuals. Check out episodes 9-12 below along with an interview with Grace herself (non-Russian speakers, if you don’t get subtitles at first, hit the captions button in the bottom right and turn them on), and head to Vans to see more from the series.

Vans Syndicate Presents “What Are You Doing After…