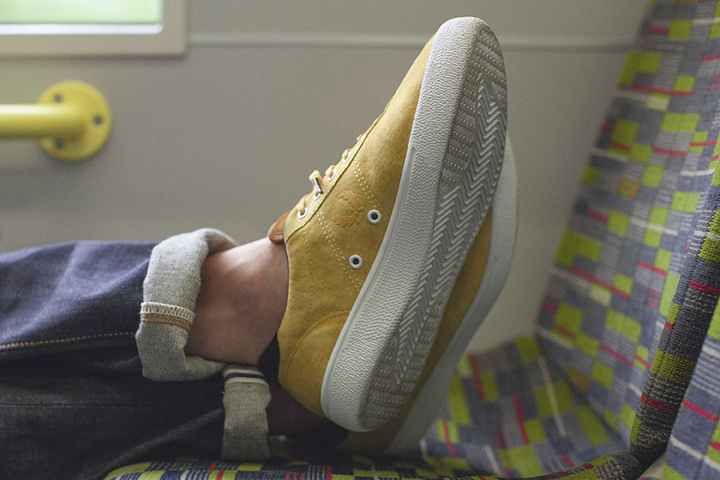 Today sees the release of a 5 piece collaborative collection from Fred Perry of the 1934 Tennis Shoe, reworked by Hanon, Oi Polloi, Footpatrol, Bodega and Firmament.

With the launch of Wimbledon comes this well timed footwear collection from Fred Perry. Re-issuing their classic 1934 Tennis Shoe, Fred Perry have invited 5 of their favourite stores to rework the silhouette as they see fit. First up is Hanon, taking inspiration from the Lambretta GP series of scooters (part of a subculture that favours Fred Perry) they’ve made a ‘GP Yellow’ suede edition with a white outsole, a dual branded black heel tab and calf-skin foot bed. Next up is Firmament who took a classic and modernise, using white suede uppers with an air-mesh tongue and lining, green branding and a printed leather patch on the tongue. Bodega have created a brown suede rendition with black outsole to reflect the clay courts Fred Perry played on. Oi Polloi have gone classic with a light ecru canvas upper, matching terry towelling collar and opting for the original 1950s sportswear badge for the insole. Lastly, Footpatrol switch the original on it’s head, making a black suede option with white outsole, 3M detailing on the tongue, fold-up heel tab, Footpatrol branding on the tongue and an optic yellow insole printed with “Not the Greatest, the Best”.

As if the pack wasn’t good enough as it stands, each shoe comes in a really crisp presentational package seen below, featuring a re-issue box, dust bag, branded tennis balls made by the only tennis ball manufacturer in the UK and a book detailing the biography of Fred Perry. It’s a pretty serious package.

Head over to Fred Perry to get your hands on these now. 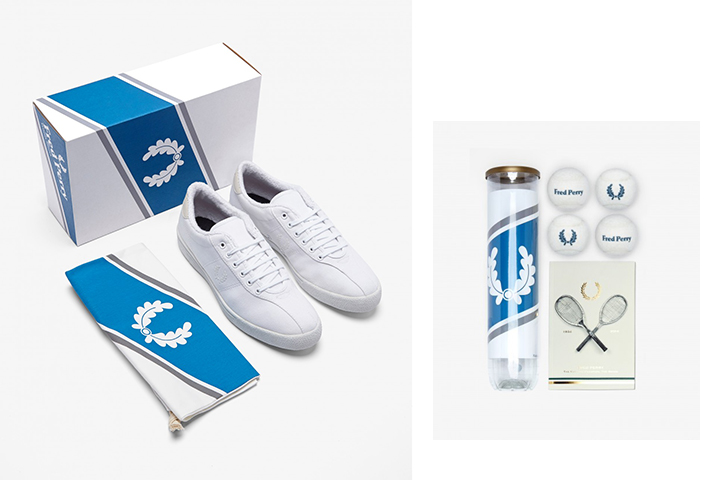 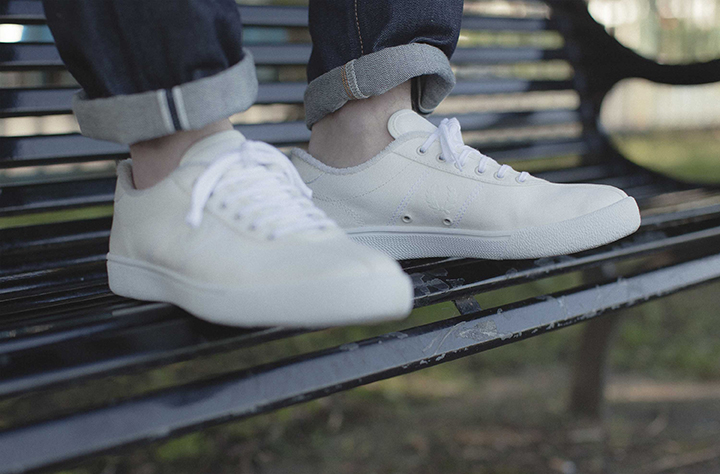 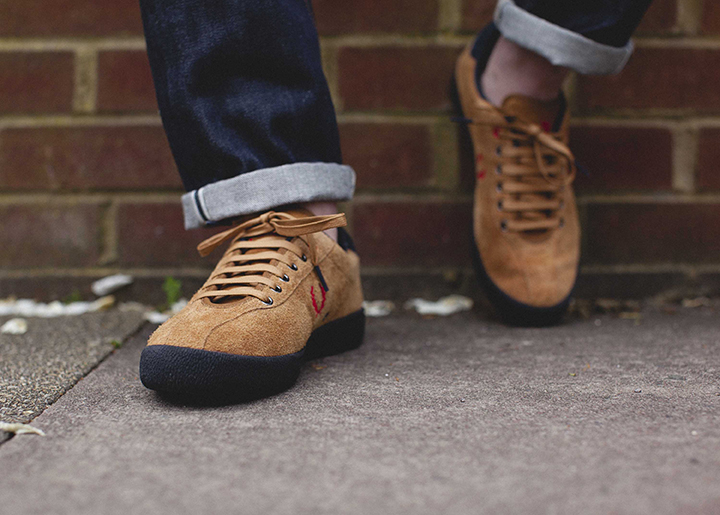 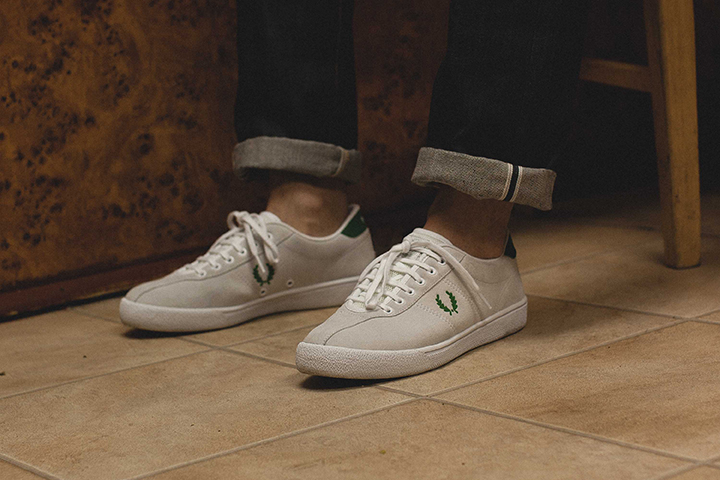 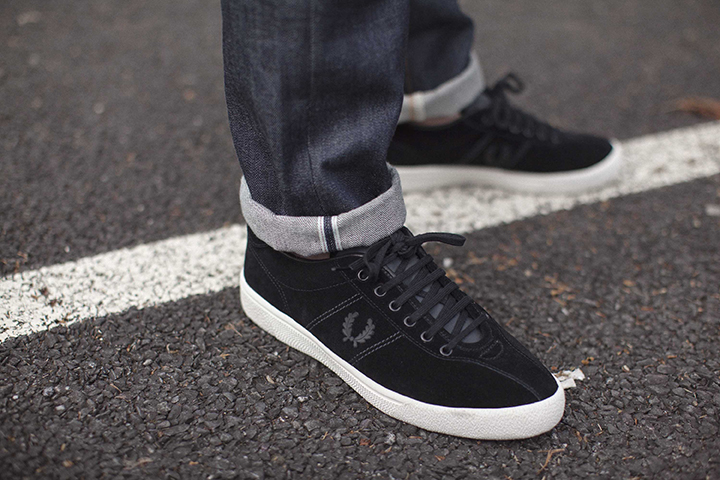