To celebrate the San Antonio Spurs’ victory over Miami Heat in the NBA Finals over the weekend, the NBA have released this NBA Champions capsule collection.

Great news for any Spurs fans (or those particularly un-fond of LeBron or Heat), having lost to Heat last year in a 3-4 series defeat the Spurs claim the title for the first time since 2007 with a tidy 4-1 series win. This year’s victory makes it an impressive total of 5 Championship wins out of 6 finals for the Spurs, a number they are sure to be celebrating. Unfortunately the collection is very much merchandise and has that look to it. It would have been great to see adidas release a Championship Finals version of the Spurs jersey with the Finals emblem on it, as worn by the players in the games, but I don’t think that will be happening.

For now, if you’re a Spurs fan, this is the best you can do to commemorate the victory in clothing form. There are a couple of commemorative designs as well as the official Locker Room t-shirt and cap that you can see the team wearing above.

Head over to the NBA Europe online store to get yours. 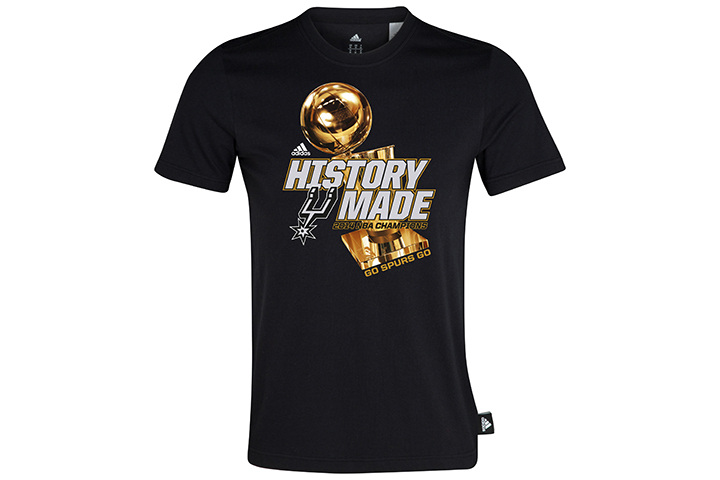 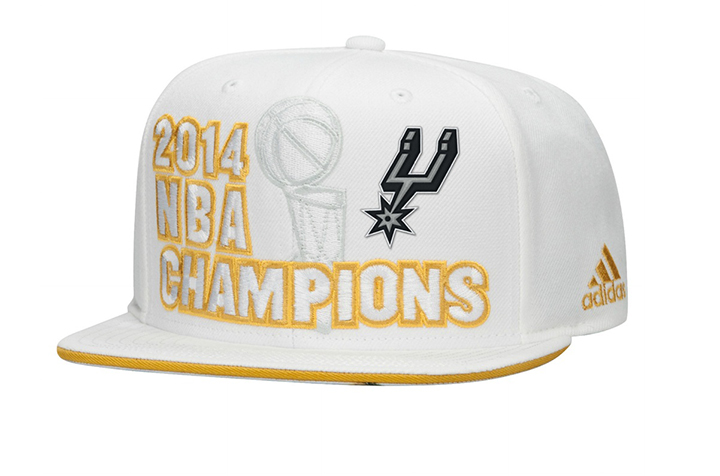