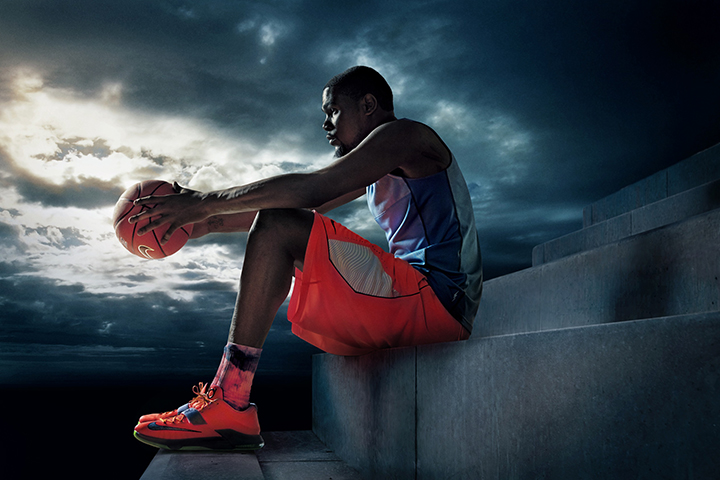 The KD7 utilises the latest performance innovations and combines them with a colourful twist and a playful narrative, which is influenced by Durant’s interest in meteorology. That narrative starts with lightning, which is analogous to Durant’s speed and accuracy. Lightning hits, on average, at 35,000 Fahrenheit which is represented by the bright mango upper and volt outsole. As with a lot of the signature shoes from Nike, the design also features some more personal touches with a silhouette of Maryland, Durant’s home state, embedded on the outsole and the names of his mother, grandmother, father and brother on the forefoot strap. That’s a lot of detail in one shoe design and it gets started with five colour options available.

On the technology front, there’s a huge mix of innovations which work in harmony to provide the support for Durant’s style of play. There’s Nike Zoom, Flywire and the debut of Hyperposite technology in the heel. Along with that, there’s a newly developed Nike Zoom Air bag, which provides responsive cushioning.

This is another example of how advanced basketball shoes have become and Nike continues to push the limits and capabilities of performance footwear.

Available from Nike.com, and also for customisation through Nike iD, now. 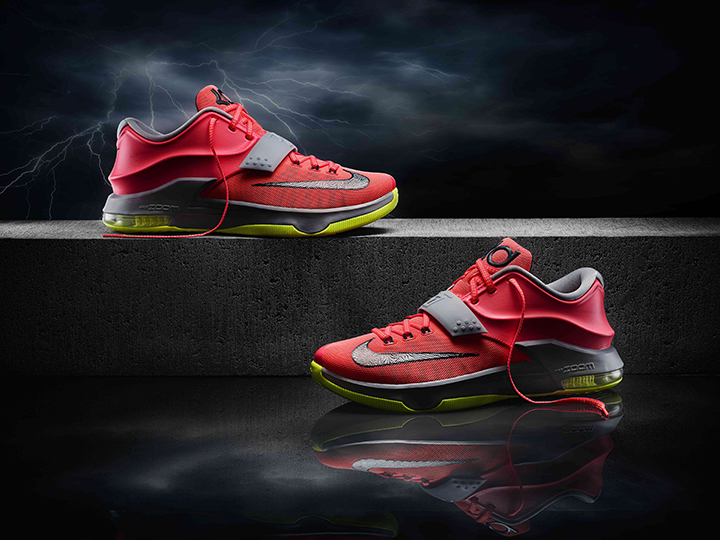 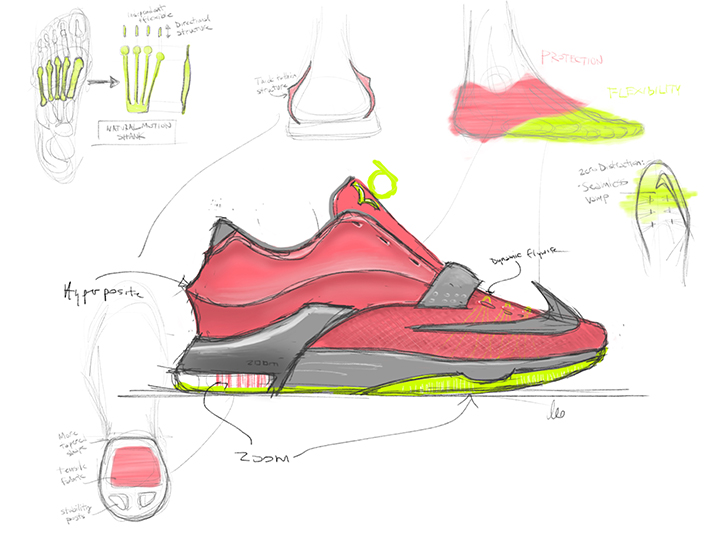 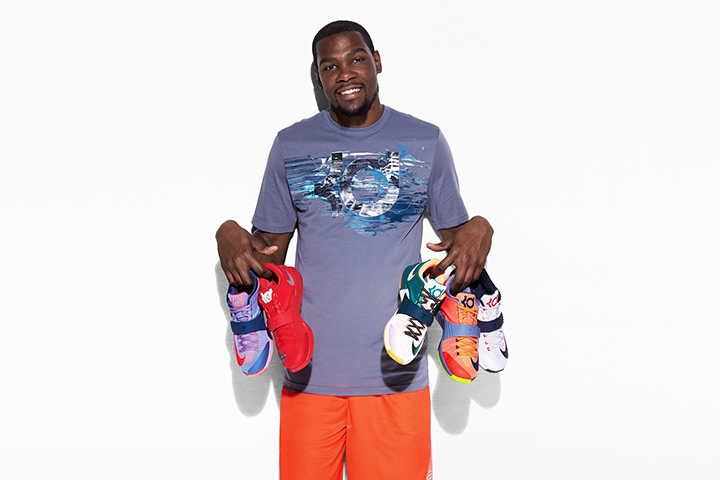