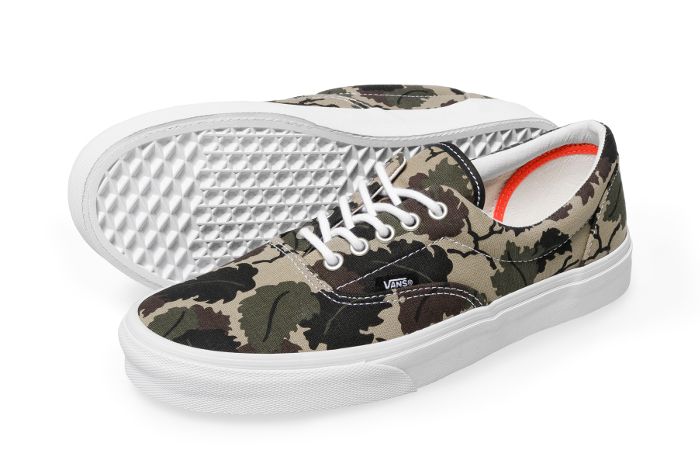 Vans and Carhartt continue their collaborative relationship, working once again with the Era silhouette in a new release for Fall.

The latest offering from the two parties, which follows the recent three-way collaboration with PAM, is a classic cotton canvas Era covered in the 1950’s Mitchell Camo, a unique pattern made up from different coloured leaves originally used by US marines in 1953. A clean white midsole (with no foxing stripe) matches a white outsole and lining with a splash of orange is added to the inner heel for contrast.

The Mitchell Camo Era is available now at Carhartt WIP stores and online for £75, alongside other Carhartt items that feature the pattern.