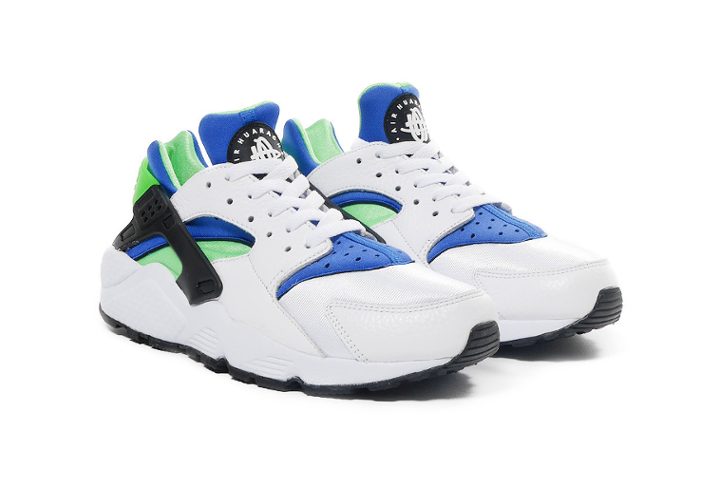 Undoubtedly the hottest sneaker topic this week and the most anticipated release in some time is the return of the Scream Green Nike Air Huarache LE – one of the most revered Huarache colourways of all time.

The 2014 retro has been teased for a while now, but we’re finally on the edge of release with most retailers receiving their allocations in time to release this weekend. The tricky thing with cherished classics is pulling off a retro that doesn’t disappoint in colour, shape and materials, and though it may not be perfect it looks like Nike did a pretty good job at putting this one together. Compare the shots below to the image of the OG at the bottom of this post and see for yourself.

The latest Huarache release mixes white mesh and leather on the upper with royal blue and ‘scream green’ neoprene combined to form the shoe’s iconic sock liner and an additional green hit on the Huarache’s heel strap. The chunky white sole of the LE remains true-to-form, an off shape that shouldn’t really work, but does. It’s a lot more reserved than some of the Huarache colour-ups of late, but it is without a doubt one of the best.

This is a release that will be in high demand by both OG heads and newcomers to the game, so these wont last long anywhere. Look for them at select stockists from this Saturday, August 30th, including 5 Pointz. Those in Canada can grab them now from Haven who shot these images. 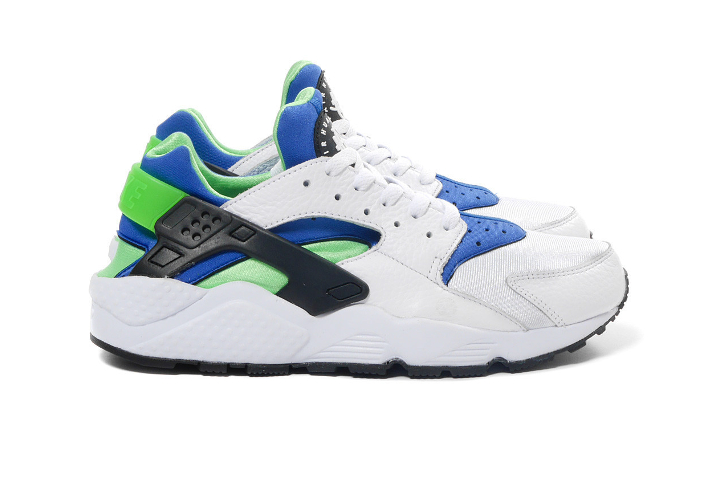 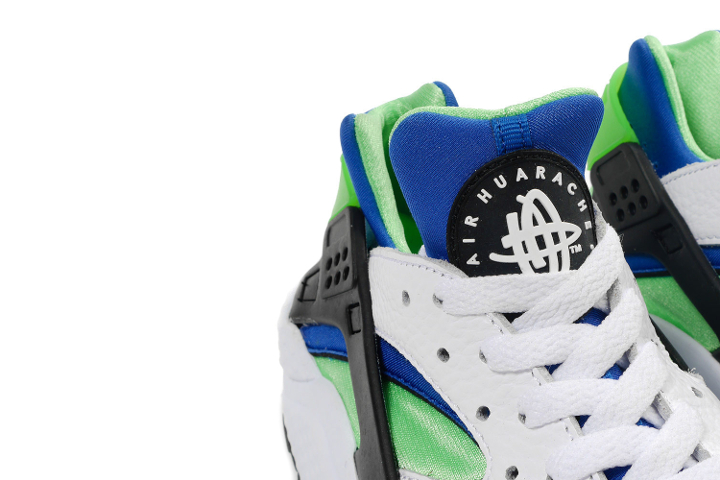 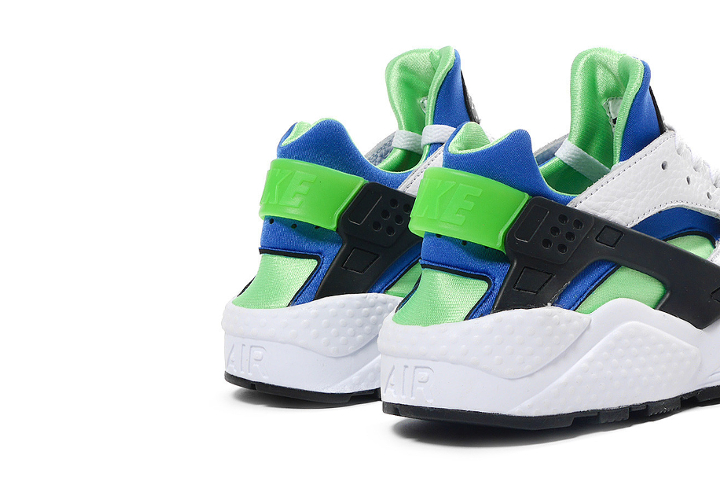 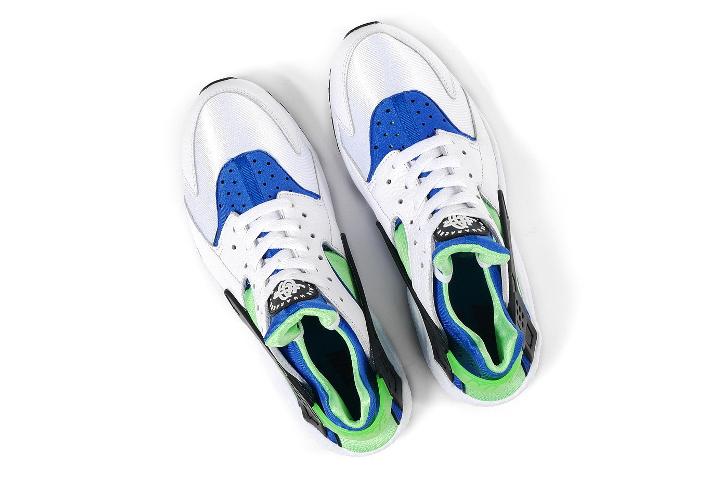 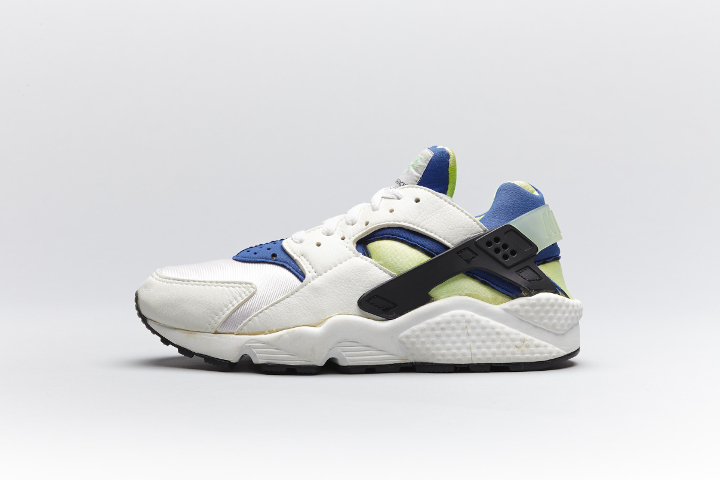