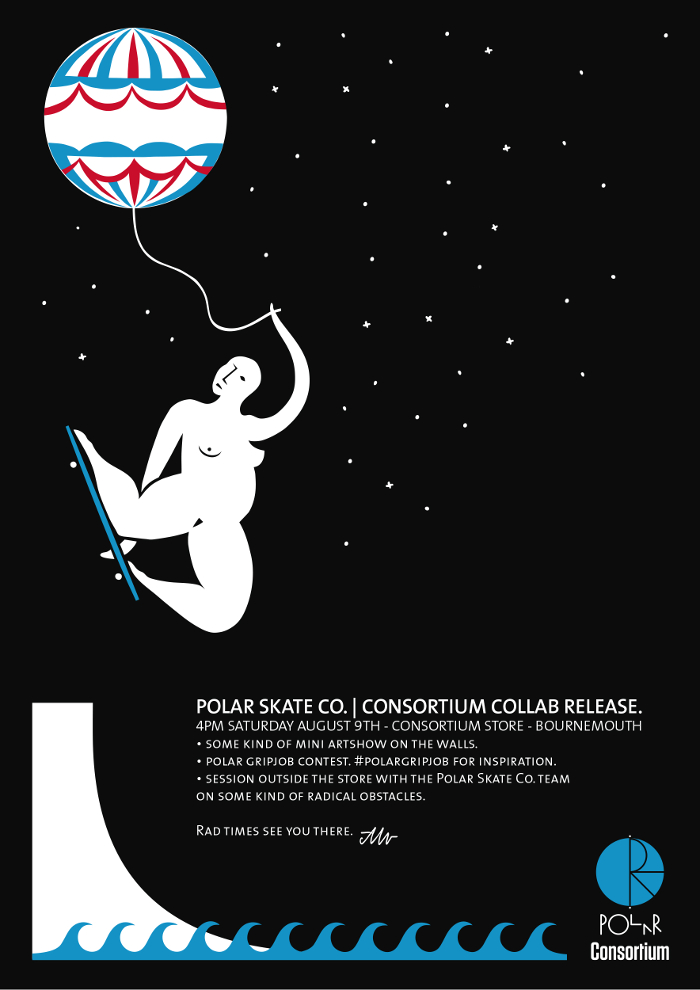 The launch event will take place at Consortium this Saturday 9th August from 4pm and will feature a mini art show in store as well as a Polar team session out front with “radical obstacles”. The store will also host their own Polar Grip Job contest, with prizes for the best effort – check out the #polargripjob hashtag for some inspiration.

The collection will then launch online after the stroke of midnight at Consortium before the team head off to their next tour stop.