UK artist Chemical X has announced his latest exhibition to take place in a church in London… featuring 20,000 ecstasy pills.

How on earth Chemical X manages to get hold of, transport and store tens of thousands of pills I don’t know. What I do know is that the artwork he creates out of them is stunning and poignant, always aiming to encourage people to question their perception of ecstasy and MDMA which was patented over 100 years ago. This latest pieces titled “The Prophets of Ecstacy” is fitting for it’s surrounding, depicting 2 large stained glass church windows, both depicting doves of peace carrying olive branches over giant smiling suns – one titled “The Rapture” and the other “The Reckoning”. It’s a brilliantly positioned piece finding itself somewhere between religious artwork and Acid House imagery.

The art will be on display in Clerkenwell in a church crypt from 26th September to 2nd October if all goes to plan and he doesn’t get shut down like his last exhibition in May 2013 (which was only 10,000 pills). Fingers crossed! 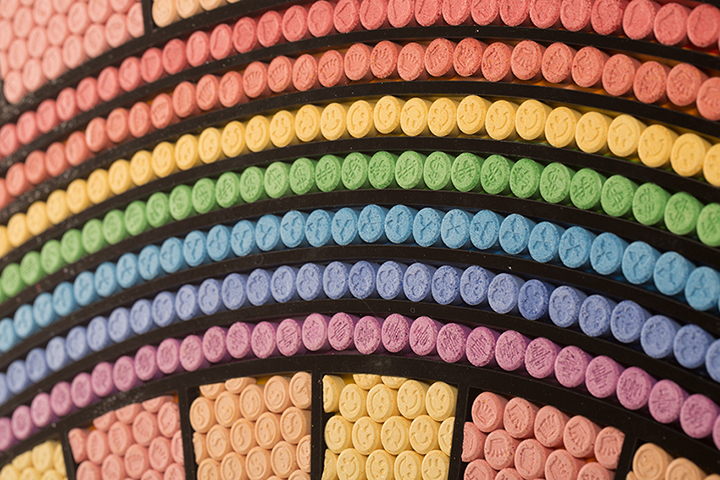 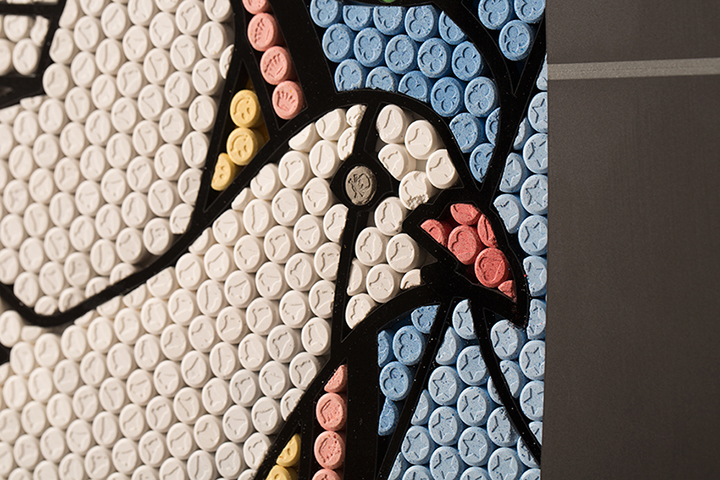 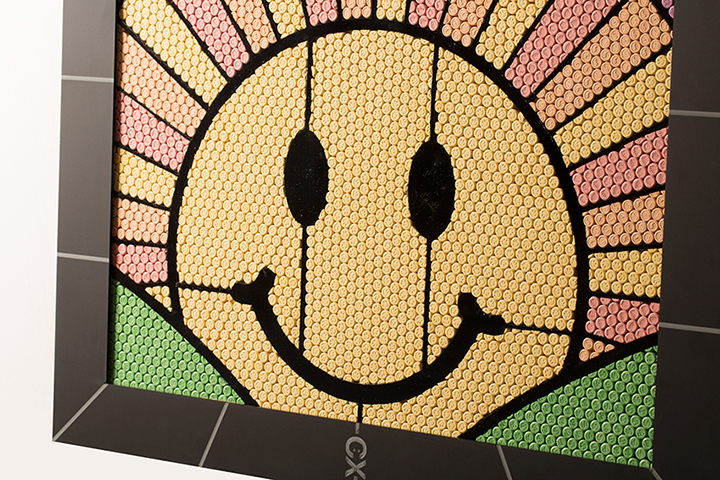