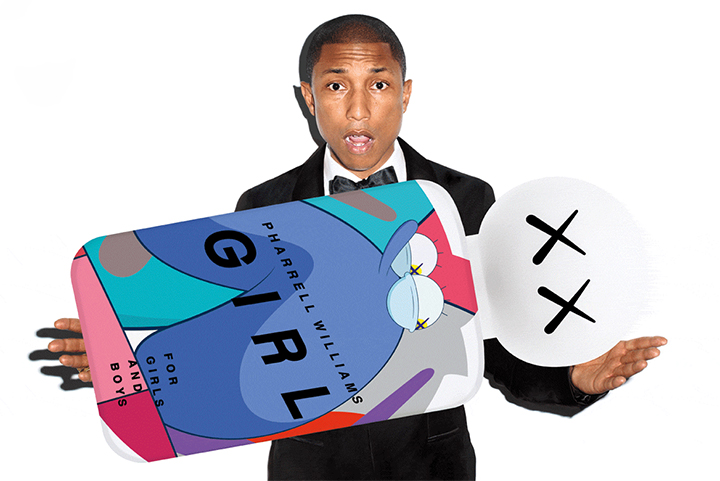 Pharrell is a busy boy at the moment, firing all guns since his album launch with collabs left right and centre. The latest one to be announced is this unisex fragrance with legendary perfume maker COMME des GARÇONS Parfum. According to the bottle, the fragrance is both “for girls and boys”. It’s no surprise that they’ve printed this on the front of the bottle seeing as Pharrell has named the perfume after his latest album.

The bottle has been designed by House and Holme of London, but looks suspiciously like a KAWS design. Wether or not he was involved, we don’t know, but it would be a strange move to commission KAWS to design the bottle and then not to use his name to help promote it. The fragrance has been created by Christian Astugevielle with Antoine Lie of Takasago, with an intro featuring neroli, lavender and white pepper, a middle riff featuring iris, styrax and violet, and an end featuring vetiver, patchouli, cedarwood and sandlewood.

This is the first perfume by Pharrell Williams, but if previous collaborative perfumes from COMME des GARÇONS Parfum are anything to go by (such as Monocle), there will most likely be more to follow.

The Pharrell Williams x COMME des GARÇONS Parfum “G I R L” perfume is available exclusively at Liberty and Dover Street Market with a price tag of £80 for 100ml. 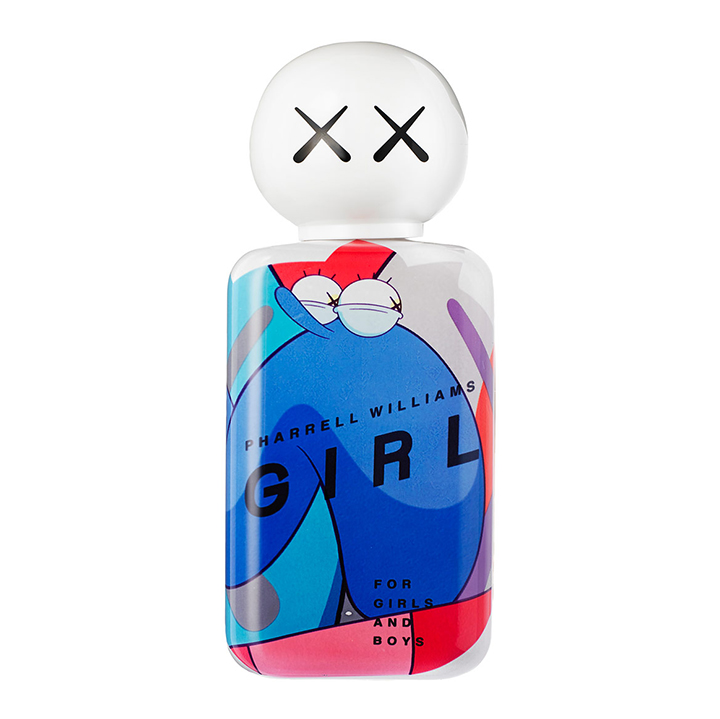