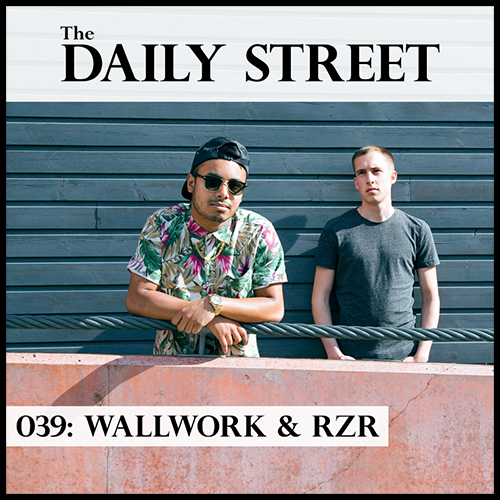 East London based duo Wallwork & RZR step to the plate to take on the latest edition of our TDS Mix series.

Despite any thoughts aroused by the entitlement of their latest release “Mad Techno Invasion”, Wallwork & RZR aren’t to be boxed in when it boils down to the angle they execute upon electronic music and just music in general. After a few years ghost producing for other electronic producers and artists that stretch as far as the Pop and Indie worlds, their love for creating a diverse musical offering has yet to be diminished. Aside from the work we have recently come to know through releases and DJ sets, the duo plan to work on some more down tempo ambient projects and Wallwork also works autonomously on guitar based side projects, both of which provoke interesting thoughts.

TDS mix 039 from Wallwork & RZR is a fittingly straight up episode of diverse electronic music. Some laid back, raw Hip-Hop introduces like a calm before the storm as the pace is instantly jacked up with some of the duos own productions which, laced here and there throughout, are some of the most exciting points of the mix. The brunt of the selection is also predominantly a UK based affair that serves up a hearty amount of UK Garage laced rhythms, Breakbeat Techno and bass weighted beats that satisfy to a high level overall. So without further ado, let’s get into TDS Mix 039.

TDS Mix 039: Wallwork & RZR by The Daily Street on Mixcloud