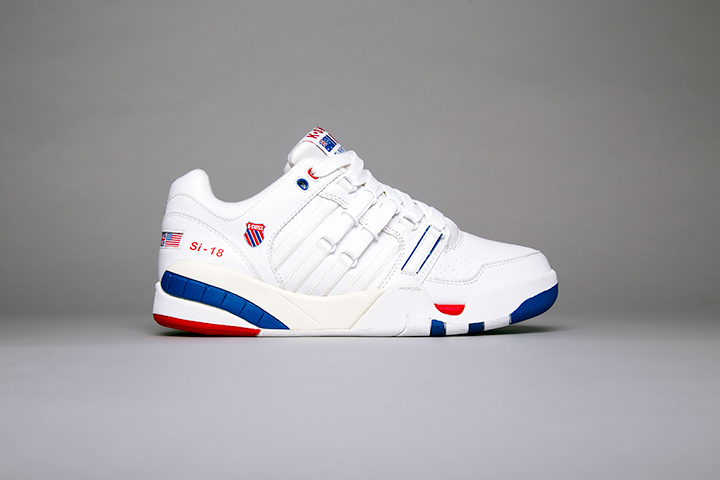 Today we get to give you an exclusive advance look at the K-Swiss Si-18 International OG re-issue hitting stores this weekend.

Those that made it down to Crepe City 12 will have already had the chance to get hands on with this re-issue, but for those who didn’t, here’s the UK exclusive. A lot of ‘heads’ in the sneaker world have been getting excited about this re-issue since news started circulating through the industry recently, and for various different reasons. The main reason is that this re-issue of the Si-18 International signifies a new mentality at K-Swiss – one focused on their American tennis heritage, lead by the arrival of fresh blood in the brand such as Eric Sarin (previously of Le Coq Sportif, PUMA and adidas).

The Si-18 International was first introduced in 1989 and was a world of technology, utilising the K-Swiss Si-18 (Silicone Formula 18) cushioning material, the D-R Cinch lacing system, Cushion-Board construction and a list of other materials throughout the sole unit. It was a super-tech tennis shoe. The flags on the tongue and heel represented the 4 host countries of the Grand Slam tournaments (one of my favourite details) and in part, along with the D-R Cinch System, gives the shoe its distinct look.

What we see here is the Si-18 International in it’s OG form. A like-for-like replica of the original from 1989. Eric Sarin did some great work at Le Coq Sportif in regards to bringing back archive classics as near-perfect replicas, and it looks like he has similar plans for K-Swiss. Expect to see new colourways of the Si-18 International follow shortly, but for now it’s all about the OG. 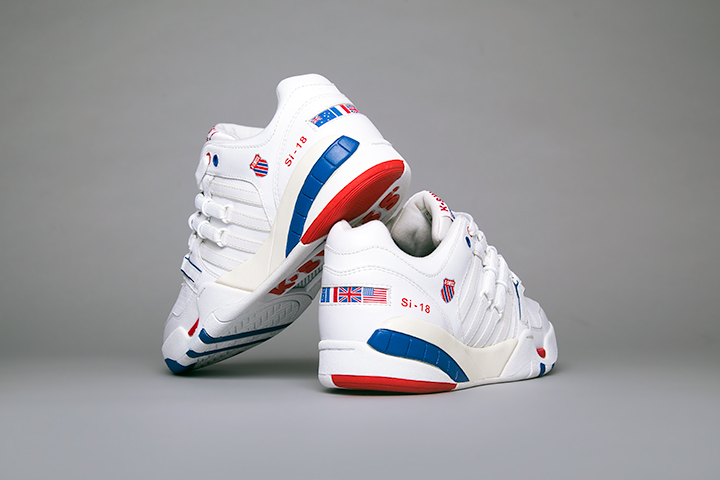 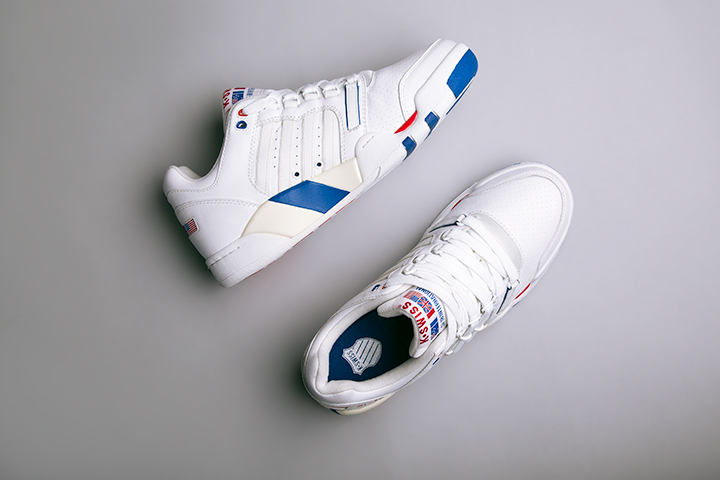 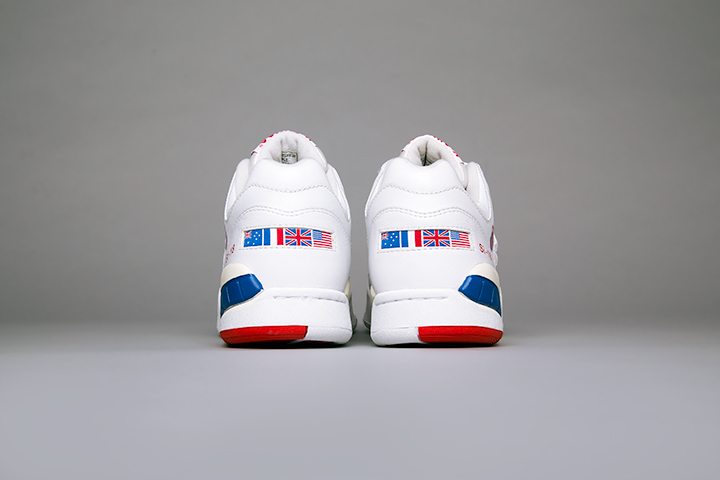 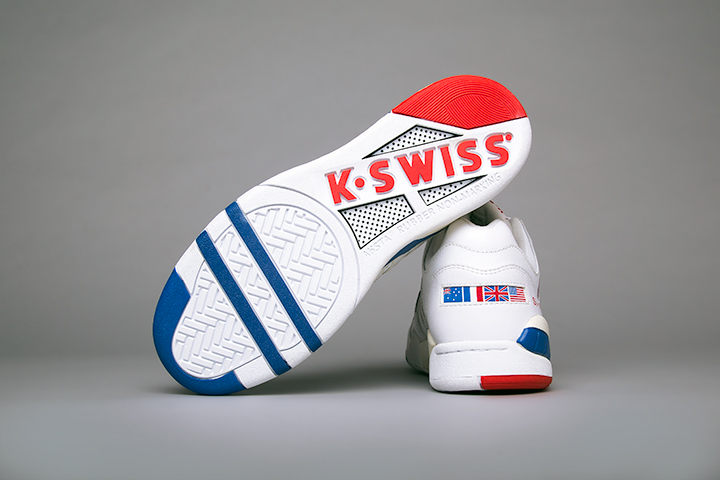