Warning: "continue" targeting switch is equivalent to "break". Did you mean to use "continue 2"? in /nfs/c08/h04/mnt/122689/domains/thedailystreet.co.uk/html/wp-content/plugins/wp-author-box-pro/includes/ReduxFramework/ReduxCore/extensions/customizer/extension_customizer.php on line 442
 Interview: Sean Malto on wear testing for Nike SB and Instagram effect 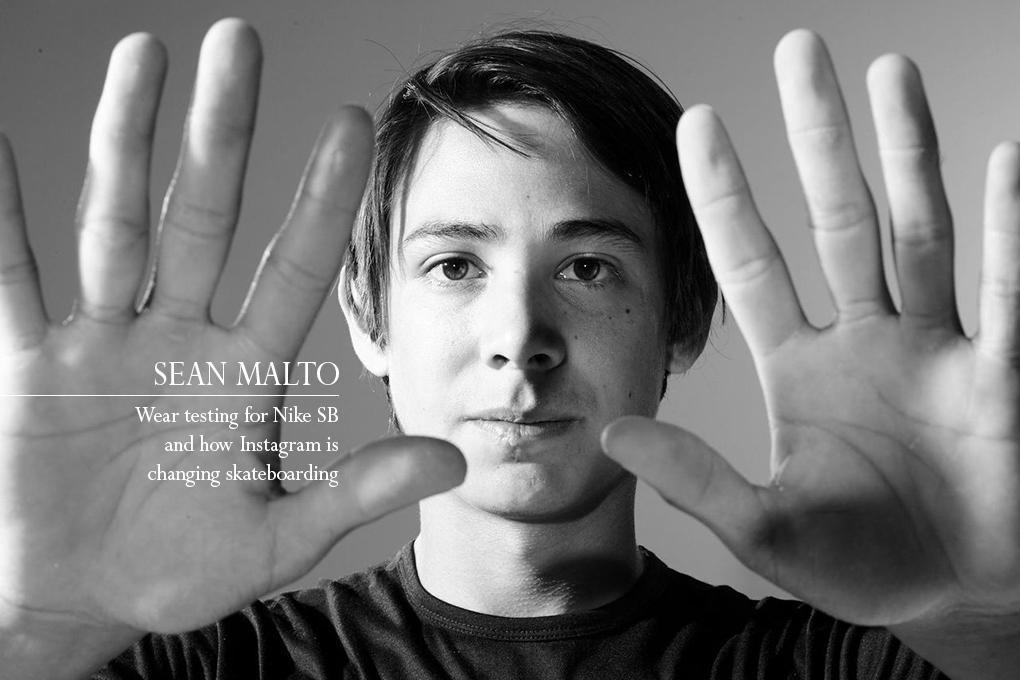 At 25, Sean Malto is doing well. He’s a pro on the Nike SB team, a team that features some of skateboarding’s all-time greats, he’s already developing shoes with the brand and he’s (thankfully) back on his board after the most epic and bloody ankle roll in history.

I’ve never been able to wrap my head around just how people in extreme sports go back out there and do the same trick or hit the same spot after nearly killing themselves, but I guess you don’t get to pro if you even consider that line of thought. Last year, Sean suffered an injury of epic proportions (check it out here), the kind that you watch back and struggle to keep your eyes on the screen. Amazingly, he didn’t break anything in the process. 6 months after and he was back on his board doing what he loves and back in the process of developing the Nike SB Free shoe with Nike. Another 6 months later and Sean still refers to his ankle as injured, but he’s working through it, impressively unfazed.

I didn’t have too long with Sean and there was a lot I wanted to talk to him about. Thankfully, he was incredibly easy to chat to and we jumped straight into a relaxed conversation that was hard to put an end to. I could have spoken with Sean for most of the afternoon, digging deeper and deeper into his involvement with the development of the Nike SB Free and the Nike SB Lunar One Shot, how exactly Nike helped him recover from his accident and how it’s effected his mentality towards skateboarding. Unfortunately, it’s rare that someone has all afternoon for me to pick their brains, but Sean was very open and gave me a great insight into the working relationship between Nike SB and their skateboarding athletes nonetheless. On a side note, we also managed to touch on how Instagram has changed skateboarding, putting almost everything in the spotlight almost instantly.

As always, I hope you find the following interview as interesting and insightful as I found the conversation with Sean. 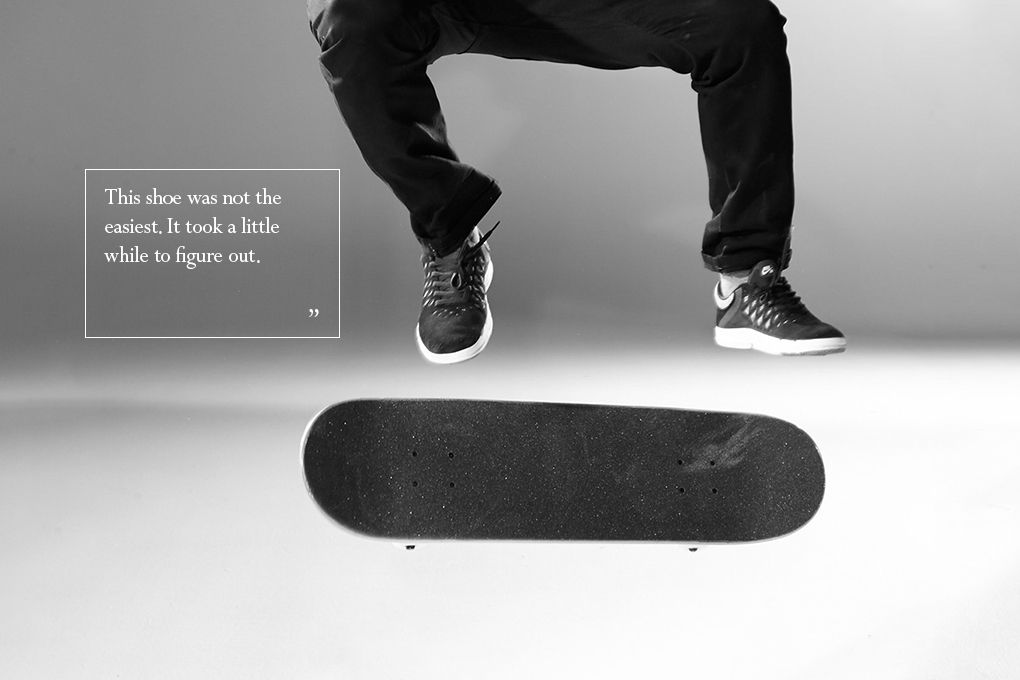 It actually is feeling really good! It’s been a long process and now it’s finally getting to a point where I’m getting confident and comfortable on it.

Glad to hear. So what happened to it exactly? That was a crazy injury!

Yeah! I just yanked out and tore two ligaments on the lateral side of my ankle. So nothing actually broke, but the ligaments did tear and they had to go in and surgically attach them back. It’s a pretty common injury actually for a lot of people that play sports. The doctors were really confident with the surgery and they knew what they were doing.

How do you recover from an injury like that? Did Nike help out with their facilities and expertise?

Yeah, Nike helped out a lot. I went to Portland for a few months and used their facilities for rehab and just getting it strong. Also, they helped me just be in the right place at the right time to start going on trips soon, but not too soon, and just helping me with anything I needed. It’s a long process. It’s been a year now since I hurt it, so it has been a long journey to get to this point.

I spoke with Shawn Carboy this week and he mentioned that the injury happened while you were in the development process of the Nike SB Free. Was this the first shoe you’ve had a hand in developing with Nike?

This is the second. I worked on the Lunar One Shot for a while. Then this one came around, but this one has definitely got a little more innovation to it, so it’s a little different. It was pretty fun to work on this one.

What’s involved in helping a brand like Nike develop a shoe for skateboarding?

There’s a lot that goes into it, especially with the SB Free. It was just the technology that has been around in running, and it was nice to bring it over into skating and kind of get that natural motion of your foot. This shoe was not the easiest. It took a little while to figure out and there was a lot of trial and error and a lot of really smart people working on it as well. It took a long time to send all the stuff over, get the samples back, skate them, send them, get them back – just a process of trial and error. Finally, we got to a point where it’s feeling really confident and actually uses that Free technology in a skate shoe.

Shawn also mentioned that you were crucial in the wear test stage of developing the Nike SB Free. From a skater’s perspective, what’s actually involved in wear testing a shoe?

Well, it’s just getting the samples back and skating them as much as you can. So what I did is I had an SB Free, I had a One Shot, and I had a Stefan Janoski and I’d skate in them and do the same trick and rotate the shoes around to feel what are the different qualities of the shoes. The grip of the Stefan, the flick of the One Shot, the feel of the Free, and then I tried to put all of those qualities into the Free and just try to make it a really well rounded, sturdy, durable, grippy shoe, but still using the qualities of the Free Run that helps it move freely. 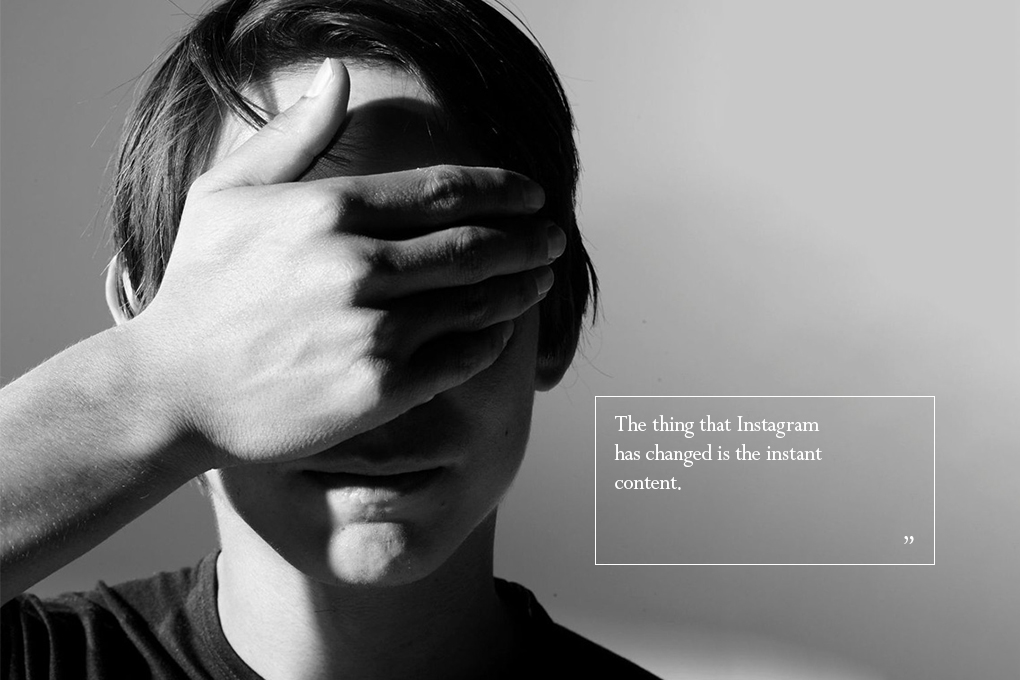 Can you remember your first thoughts when someone at Nike first said to you “We want to do a Free skate shoe”?

Well, I’m always excited to do something that can push the footwear industry, and Nike is kind of at the forefront of that, so I was really excited about it. I didn’t really get it, I didn’t know how it would work [laughs], but these guys definitely came with a sample that I was like “Woah! Alright. This is amazing.”, but, we had to tool it a lot to get it ready for the real durability and protecting of your foot for skating. So we took all of that process like “Yeah, you know, this is Free technology, but you have to make it perfect for skating” and so we did work on that for a really long time until we got to a place where we felt really confident.

How does the flexibility from the Free technology effect the feel of skateboarding? Does it take a while to get used to the shoe?

It doesn’t take a while to get used to the shoe. You put it on your foot and it moves really well with your foot. It moves exactly how your foot moves. The only weird thing about it is I’ve just never had anything like it. I’ve never had a shoe move like that, move so freely with my foot, so it just took a little getting used to, using different muscles that I haven’t really used in my foot. And so skating was really fun, it was really cool, and once you really know that your shoe is gonna move like that, you can really control the board and have more of an awareness of where your feet are and what it’s gonna do and how it’s gonna react to the skateboard.

I’m guessing you’ve been skating this shoe for a little while now. Has that increased natural motion had a noticeable effect on your skating?

Definitely. There’s a lot more consistency in it because the shoe reacts really well. There’s a lot of consistency in it and especially for me right now because I do have an ankle injury still lingering. I have that sense of where my foot is and what my foot’s doing, there’s no lag between the motion of my foot and the shoe. Just that consistency has helped me, confidence wise, come back and it’s been a really fun new show to skate in. It’s like nothing I’ve ever skated before, so it’s been really fun.

The last thing I want to talk about is that it seems like skateboarding and skateboarders seem to be enjoying the most fame ever in the history of the sport at the moment, especially since Instagram. How do you think Instagram has changed the skateboarding, if it has?

Well, you know, skateboarding has always been the same for me. I’ve just always loved it. I’ve been doing it for 15 years. The thing that Instagram has changed is the instant content. When someone does a really gnarly trick or a trick that pushes the limits, you kind of see it right away, you don’t have to wait a couple of years for a video to come out. So I think it’s just progressing skateboarding at a faster rate, which is really awesome and kind of scary at the same time [laughs]. It’s cool to see a new thing for skating.