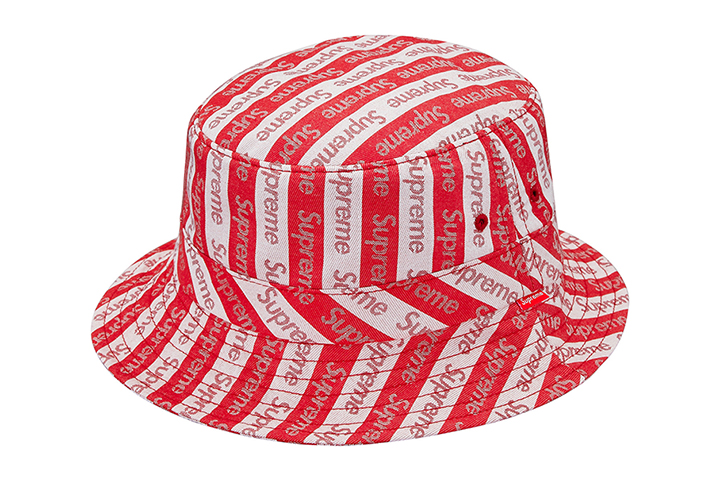 As part of this weeks drop at the Supreme store is this striking jacquard logo crusher bucket hat in 3 colourways.

Made from 100% cotton, the crusher bucket hat is covered in a repeating jacquard pattern of the Supreme logo as if it were covered in two tones of Supreme tape. For some reason the red/white colourway reminds me of Andy Warhol’s ‘Campbell’s Soup’ work, which Supreme have actually featured before in a similar vain to this.

The Supreme jacquard logo crusher bucket hat is available now from the Supreme London store and online for £44. 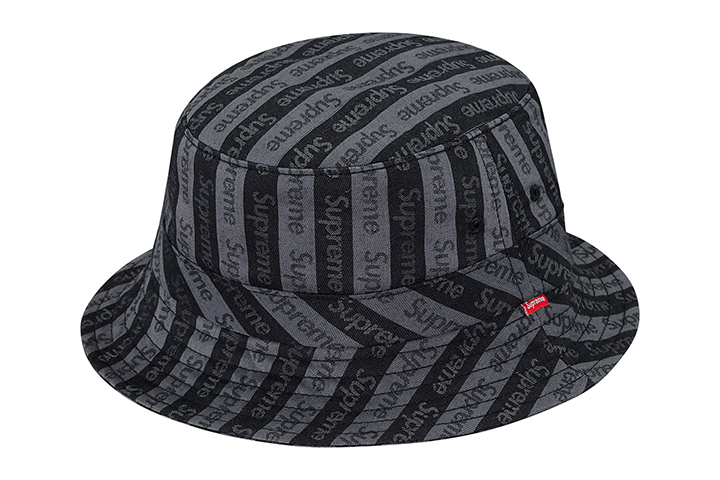 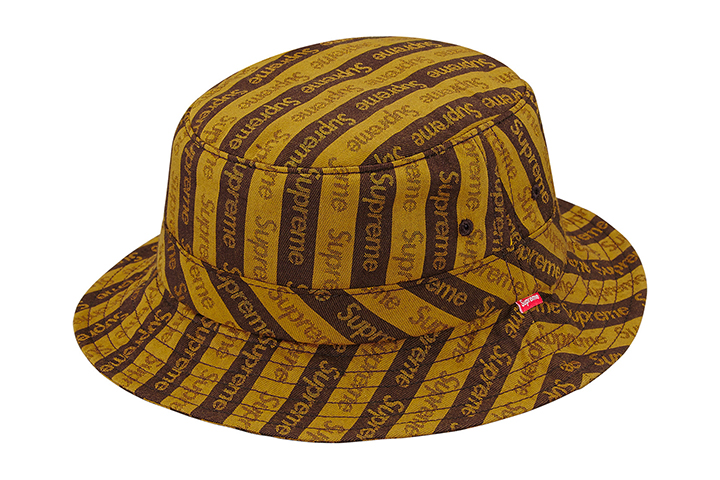