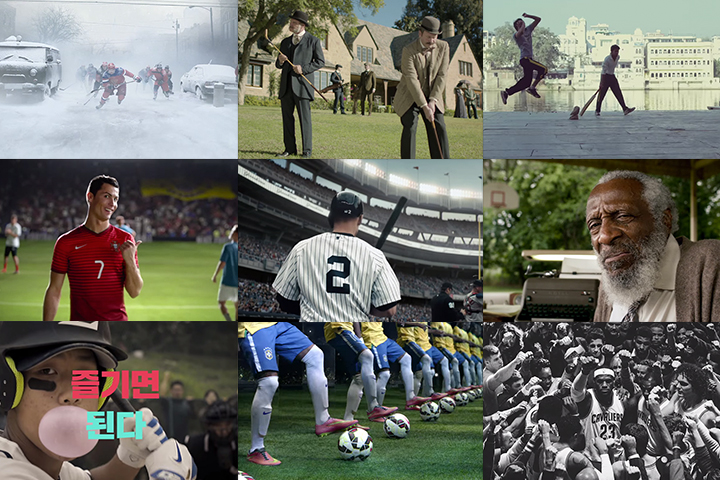 Nike present their pick of the top 10 “films” produced by the brand in 2014, giving an epic look at a strong sporting year through a Swoosh tinted lens.

It was a big year for sport, as you can see from these videos, with a main focus on football thanks to the World Cup in Brazil. Winner Stays has to be one of the best Nike football adverts ever made. In basketball, LeBron James moved back to Cleveland with almost as much of a shock effect as when he left Cleveland. The JUST DO IT campaign got a Japanese makeover as well as a Russian interpretation, both very different. The latter actually released at the end of 2013, but was celebrating the upcoming 2014 Winter of Sport. It’s kind of cheating including it in this list, but we’ll let Nike off.

Suit up for Sunday with Nike and the…

Reebok & The Rig Out present ‘Give me…