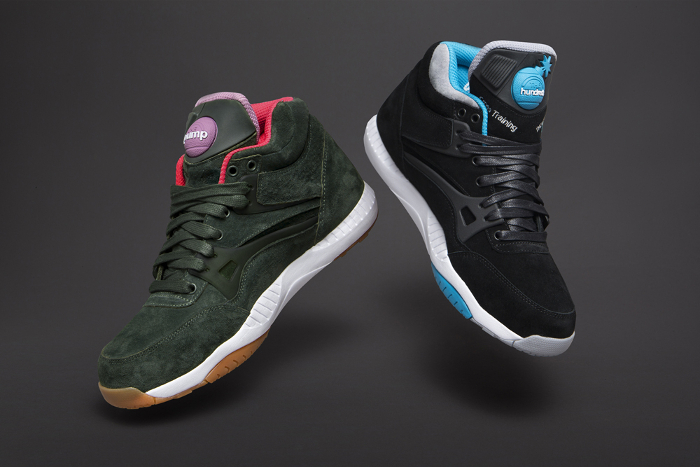 This week saw the release of the new collaboration between The Hundreds and Reebok on two colourways of the Pump AXT silhouette. Both are available in strictly limited numbers, but we have teamed up with 5 Pointz to give you a chance to win both pairs.

Most collaborations involve a story that connects two brands, and this particular partnership has one that goes back to the early years of The Hundreds founder Bobby Kim – the AXT was the silhouette Bobby most desired as a kid, but he never managed to obtain a pair. Thankfully, some years later, fate presented the opportunity for The Hundreds to create their own Pump AXT in homage to the original with a few added details.

The pack includes two colourways of the AXT shape – black/blue and green/pink – in a suede finish with contrasting accents on the outsole, liner and tongue. Branding is stamped on the outer heel of each shoe and in a rare twist to the iconic Pump tongue, the basketball on the left shoe has been flipped to form The Hundreds’ Solid Bomb logo.

This supremely executed collaboration sold out immediately on its initial Black Friday release and is now available from a handful of international stockists including 5 Pointz.

We’re offering you a chance to win both pairs by heading to Instagram and sharing the competition image below. Simply follow both @5PointzBristol and @TheDailyStreet and re-post the image with your UK shoe size and the hashtag #5PointzTDS. Entries will close on Monday the 15th December and a winner will be announced shortly after. Check out the shoes in detail below and good luck! 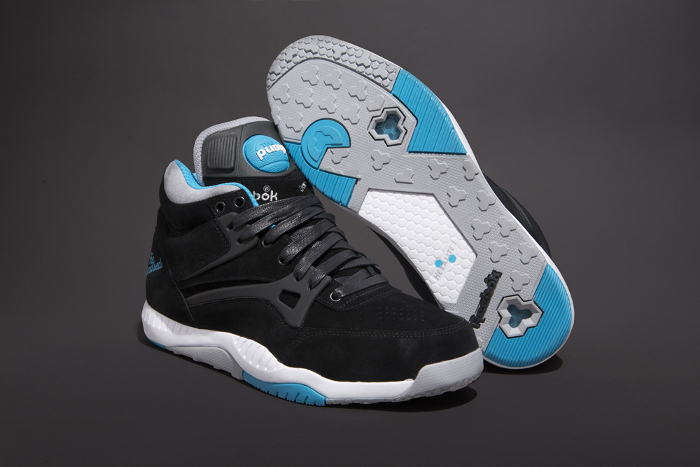 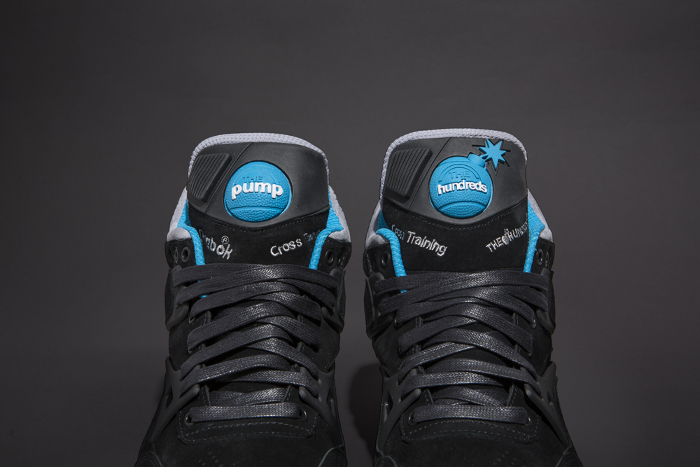 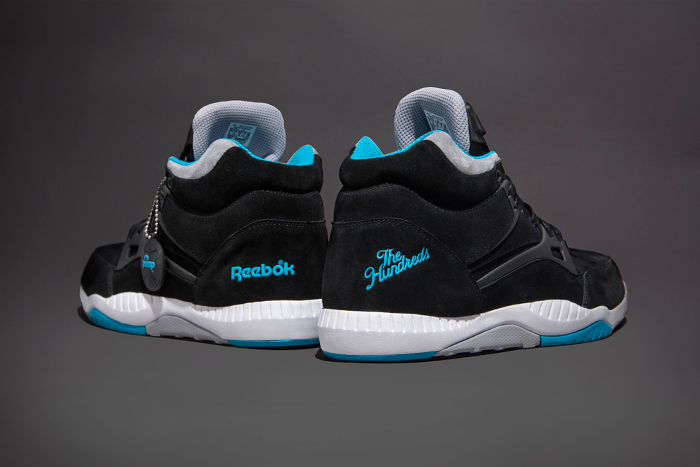 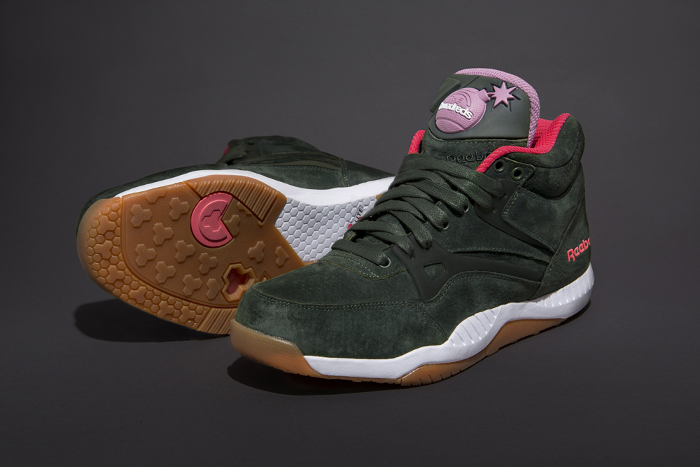 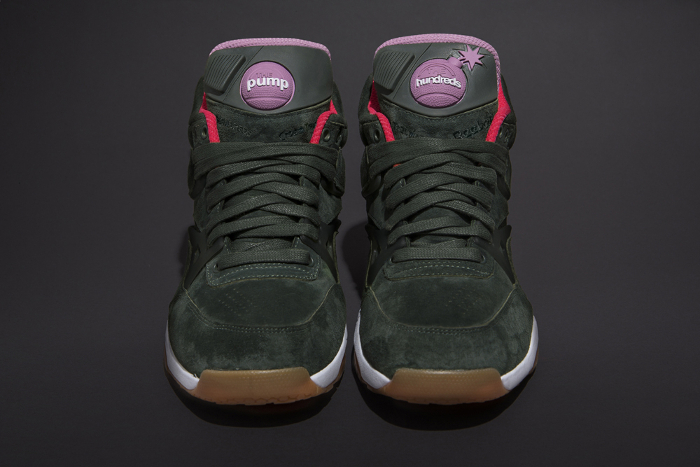 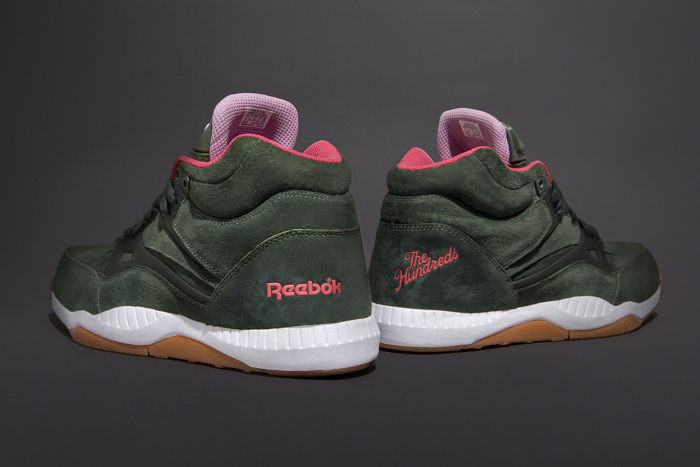 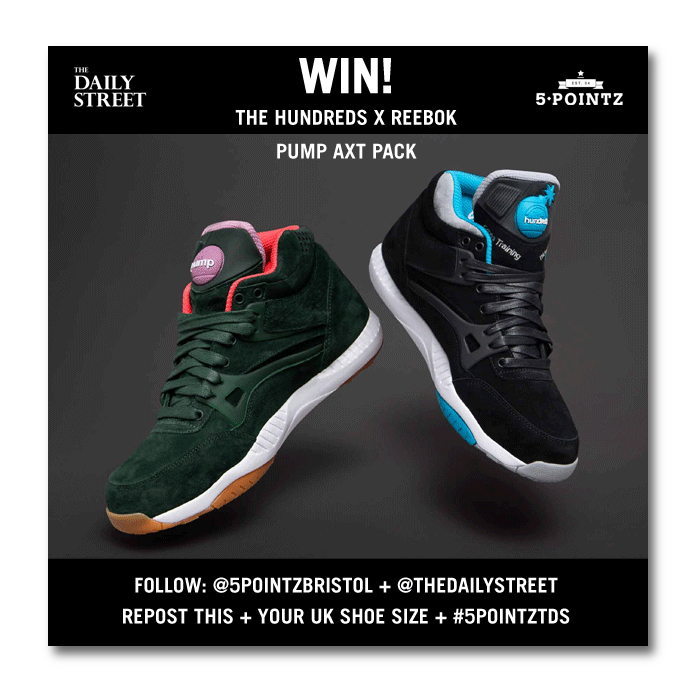 The Hundreds Hoya by Methamphibian