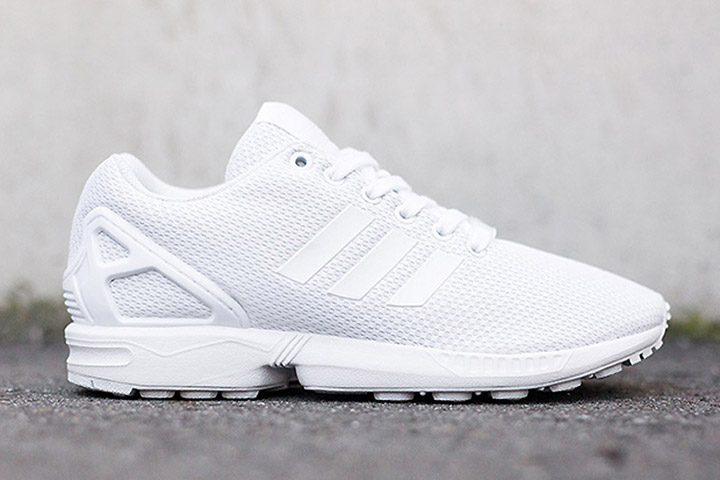 Having made its debut at the mi ZX Flux launch in Berlin last year, we finally see a release of the ‘Triple White’ adidas Originals ZX Flux.

One of the best parts of the ZX Flux is the silhouette. That sleek, sharp reinterpretation of the ZX 8000. With this in mind, it’s no surprise that some of the best colourways of the ZX Flux are those that have let the silhouette do the talking. No colourway does that more than this Triple White version, keeping things as clean as you can get. It’s literally a blank canvas of a colourway, originally designed as the ‘blank’ example for the mi adidas process.

You can pick up the adidas Originals ZX Flux ‘Triple White’ from most adidas retailers including JD Sports for £70. I’d recommend picking up a few pairs as they won’t stay this white for long.

Competition: Win a pair of The Daily Street…