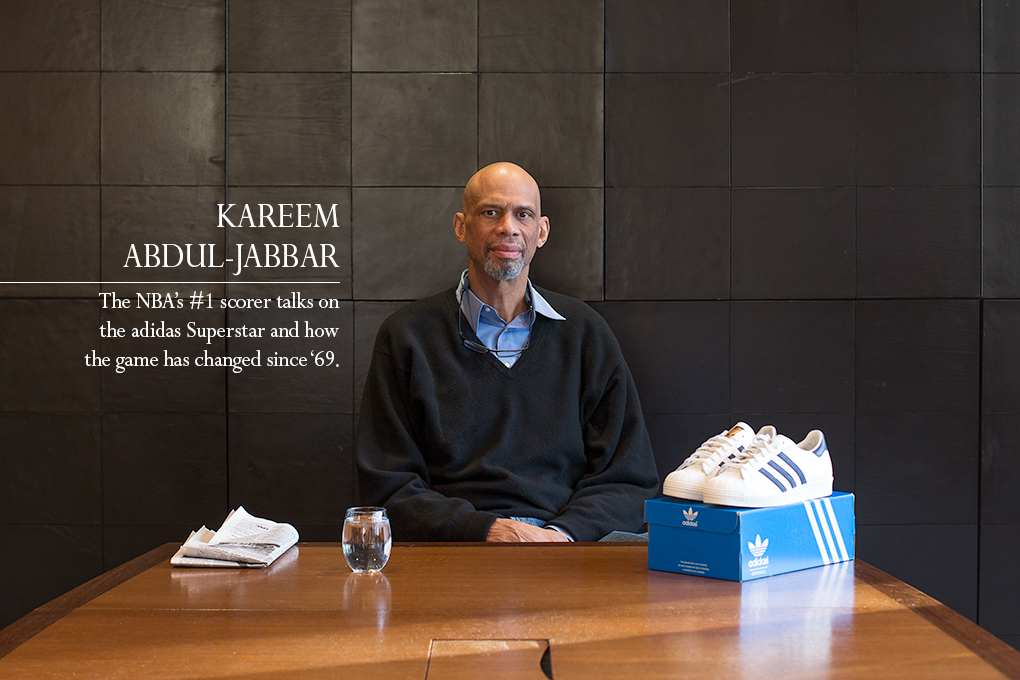 We’ve shared the room with a few sporting greats over the years, from current football stars to tennis champions old and new, but I think it’s fair to say that this man trumps them all for his achievements (arguably trumping Stan Smith). Kareem Abdul-Jabbar will forever be remembered as one of the best and most important basketball players in the history of the sport, and although he retired over 25 years ago, he still stands firmly as the #1 scorer in NBA history. The list of his achievements and records from his 20 year career (10 with the Milwaukee Bucks and 10 with the Los Angeles Lakers) are staggering. We had the pleasure of speaking with the man himself about how the game of basketball changed both during and after his career, what it was like to play in the adidas Superstar and to witness it become a cultural icon outside the sport.

Somehow, no matter how many times this happens to me, I manage to forget just how tall basketball pros actually are. Until they walk into the room that is. Having substantially ducked his way through the doorway, Kareem Abdul-Jabbar entered the room with a modest quietness that proved to be a testament to his calm and collected character. He appeared so relaxed that a part of me considered wether he even knew that he was doing interviews that morning or if he simply thought he had found the breakfast room at the hotel. The usual Hello-nice-to-meet-yous took place before we sat down and began our conversation.

Throughout my time with Kareem, it was hard to gage exactly what would stir his passions. He enjoyed discussing the evolution of the game that he so loved to play, but that came as no surprise, even if he has made large efforts and even spoken out about not wanting to be remembered purely for his basketball career. At times, it can be hard to speak to sports pros about their sporting footwear and the cultural impact it’s had outside of the sport, mainly because for a moment you are reminded that not everyone lives in this strange niche world where people see shoes as design objects to be cherished and archived, and in these moments you remember that it is a strange world. We are not the norm here. I enjoyed Kareem’s chuckle in bemusement at the idea of technical sports shoes that he used to compete in becoming cultural icons well outside of basketball. It had an enjoyable honesty to it, especially considering that we were discussing the adidas Superstar – one of the most iconic sneakers ever made. It reminded me that as much as we now see shoes like this as style icons, they were first and foremost a performance shoe and nothing more. 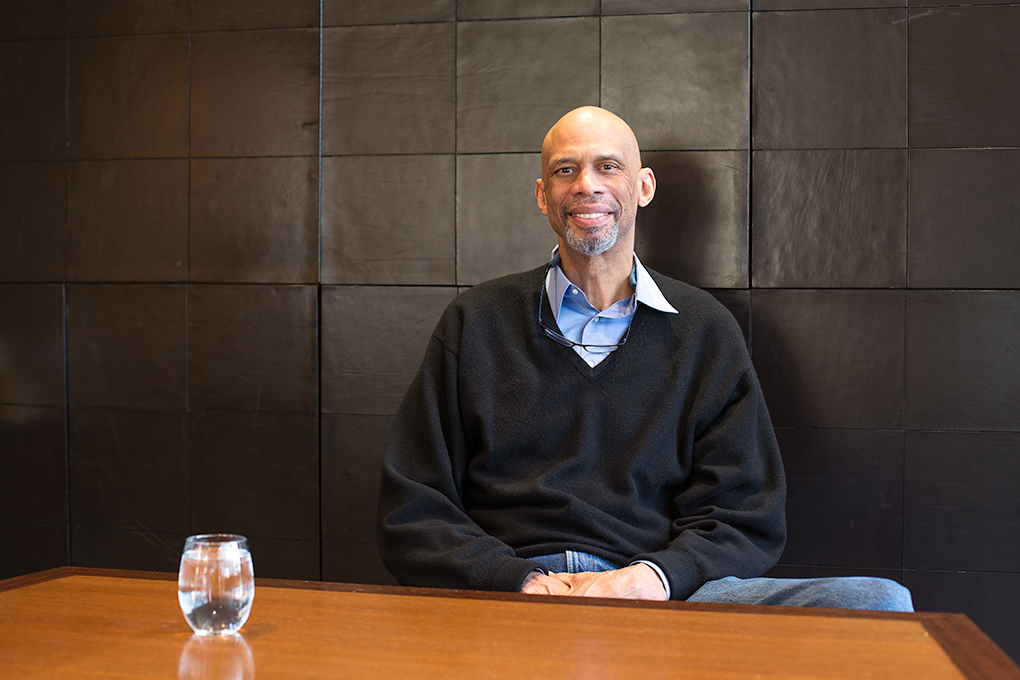 You were drafted to the NBA by the Milwaukee Bucks back in 1969. What were the most notable changes to the game over your 20 year career?

How do you think it has affected the game? Has it sped it up?

It’s interesting… You put a premium on a low percentage shot. The way I learned how to play basketball was ‘try to get as many high percentage shots as you can get’. The closer to the basket that you can get, the better off you are — your shooting percentage goes up. So it goes against one strategic approach.

On the other hand, if you’re shooting 3 pointers accurately, that added point can be a game changer. I think it’s affected the way coaches coach and it certainly has affected the fans. The fans love to see the 3 point shot. It’s shaped the game.

And how about after your retirement? What’s shaped the game since 1989?

I think the fact that you only have to be 19 years old to get into the league really has caused a lot of immature players to enter the league. It takes a longer time to get them up to speed with how to play the game on a very subtle and sophisticated level. Too many of them come in thinking ‘Well I can dunk a basketball, I can shoot a 3 point basket, I’m a great player!’ and they have no idea of defence and so many other aspects of the game that are crucial.

What are your thoughts on the NBA starting to push for more international fans by hosting league games in London?

Well, I think it’s wonderful that the NBA is increasing the popularity of basketball around the world. I never expected to see what I see; players coming from China, Australia, South America, Africa, everywhere. It has really done a great job of marketing the game around the world and the popularity of the game has increased. I think that’s pretty amazing. It was a nice thing to see. 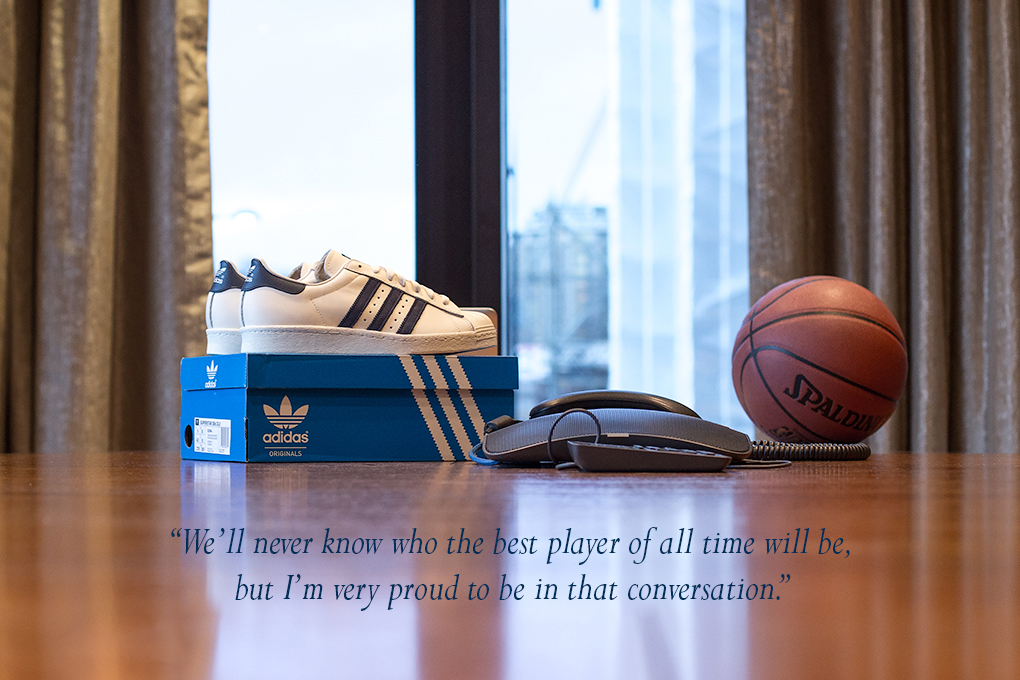 When you retired you held a crazy amount of records and accolades to your name. What is it like to be labeled the greatest centre of all time?

Well, I’m very proud of my career. We’ll never know who the best player of all time will be, but I’m very proud to be in that conversation, to have people argue my providence in that area. It’s a wonderful thing to have had that kind of career. I’m very pleased with it and very proud of it. It’s something I’ll be satisfied with for the rest of my life.

Of course, one of your best known achievements is being the all-time leading scorer in NBA history. With Kobe Bryant recently surpassing Michael Jordan at the #3 spot, have you ever feared that you might see the day that someone starts approaching your #1 spot?

Well, you know, I got there, so someone else can. I’m not gonna be upset if somebody bested me. It’s ok. I’m proud to have set that record and if somebody achieves it, they do. More power to them! We’ll just wait and see what happens. Until that happens, I have something to enjoy.

Out of interest, why did you opt to play in low cut shoes throughout your career?

I opted to play in low cuts because if you get used to playing in high cuts, with support on your ankles, your ankles get weaker because they’re used to having that support. So if you train and play in low cuts, your ankles get the task of absorbing a lot of the shock. If you immobilise your ankles then the shock is absorbed by the next movable joint, which is your knee. That’s not a good thing. So I felt that wearing low cuts was the wise choice to make because it made it necessary for you to have strong ankles.

With that in mind, why do you think it’s more common these days to see players on the court in high tops? Do you think it’s anything to do with the way things have been pushed by brands or the impact of certain players?

I don’t know. I don’t know if it’s pushed by brands, but some people feel better with high tops. It’s a personal choice. It’s an individual making a choice about what feels comfortable and I think that’s all it is. 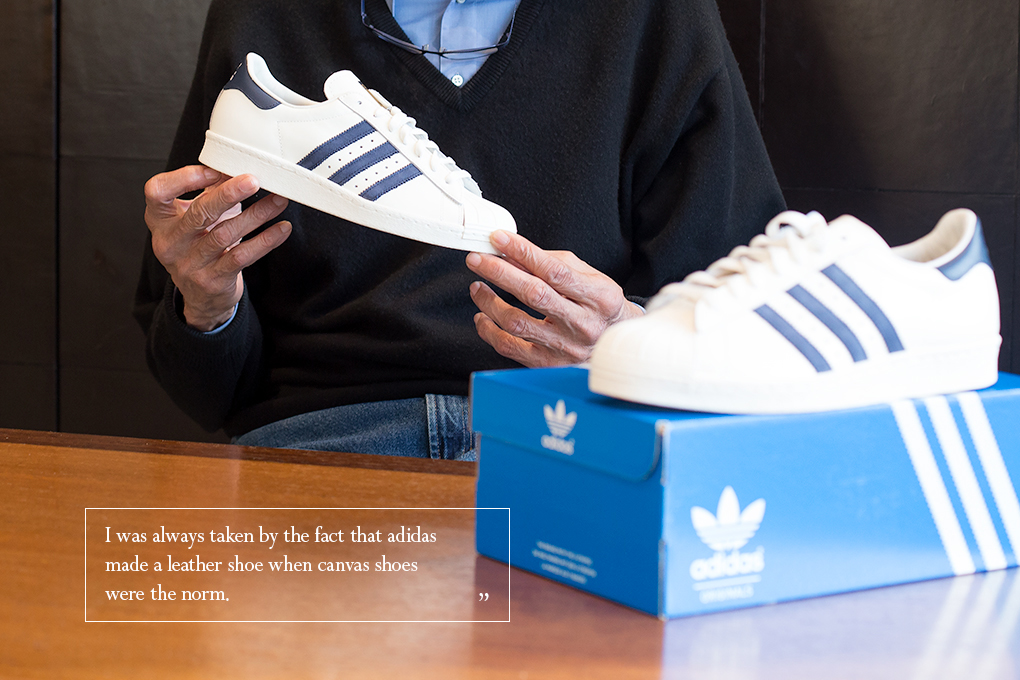 No. I couldn’t have predicted that. When I grew up, there was maybe one or two companies making basketball shoes, and they were all the same [laughs].

I was always taken by the fact that adidas made a leather shoe when canvas shoes were the norm. adidas changed that and I think that their shoes were more durable and certainly they were more comfortable for me, so I really enjoyed wearing them. It wasn’t like I was doing it because adidas employed me, I actually felt that they were the best shoe out there.

While we’re talking about technical developments back then being ‘a leather shoe’, do you ever laugh at what was considered a big technological advancement in the ‘70s and ‘80s, especially in comparison to what brands are doing today?

Well I can see how all the research that they’ve done has ended up with better shoes and I think good shoes enable you to not have to worry about your equipment. That can be an issue in any sport. You always want to go out there with the best equipment so that you can play at your best.

Your career spanned two decades that saw momentous changes in terms of basketball footwear and sports footwear as a whole. Looking back, do you think that that time period was more exciting in regards to technological developments, or is it more exciting today with all of the technology, research and money behind sports equipment?

Jees, it’s hard! It’s like the invention of the light bulb – and then a whole lot springs from that. I think it’s the same way with shoes; once people got an idea of how quality footwear reduces injuries and enhances your game, we have the technological advances that were made. But I think it’s a whole process of evolution that has occurred in that area.

And can you remember what your first thoughts were when somebody first presented you with the adidas Superstar and its rubber toecap?

I was like ‘Wow! A leather shoe!’. That was different, but I was willing to wear them. And I’m glad I did.

You’re pretty well known for wearing Superstars on the court, but back in the ‘70s did you ever wear them off-court like they’re worn today or was it simply a performance shoe for you?

No. Any time I wanted to wear athletic shoes, I wore my Superstars. That’s the only shoe I wore for anything I did that was athletic.

And for someone that competed in them, what’s it been like to see them become a cultural icon way beyond the sport itself?

It’s something I don’t understand, but it was pretty neat. I didn’t think that people get that passionate about shoes, but there you go! 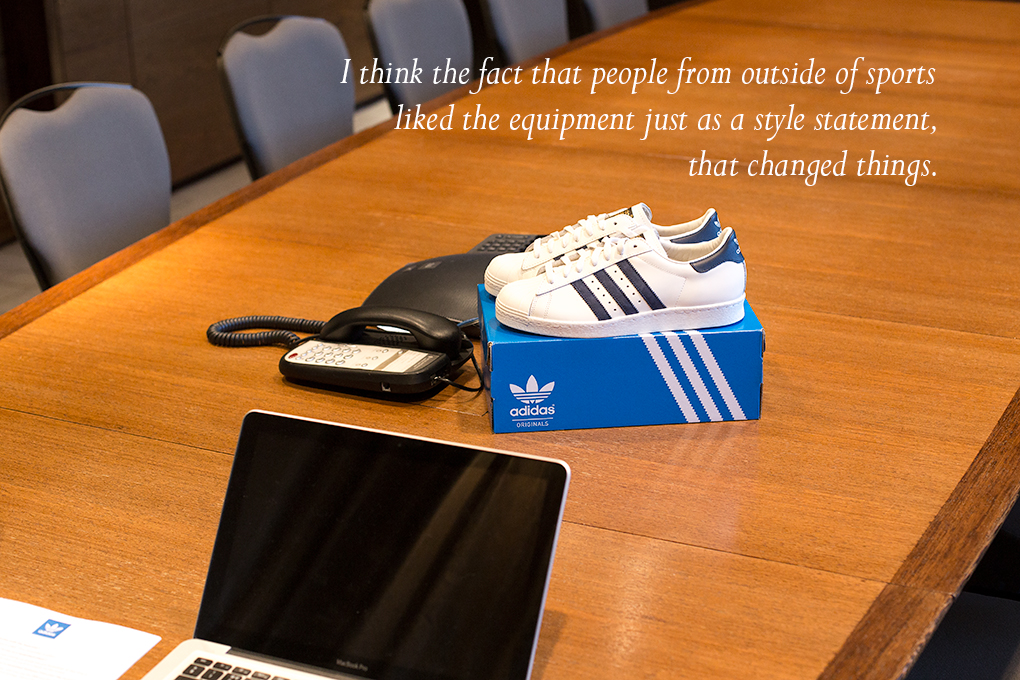 Since your retirement, the cultural impact of basketball footwear has only got bigger and bigger, and has also helped to build global superstars whose names extend well outside the reaches of their sport. What impact, if any, do you think that has had on the game?

I don’t think the shoes have had that much impact on the game, more that the popularity of certain athletes has made whatever they wear an issue. If a player is very dominant and charismatic, the equipment that that player uses becomes more than it would be if that player was not more effective.

So you think it’s definitely still that way around today? Coming from the court first…

Yeah, it has to be an effective tool for a player that has a charismatic effect on fans.

And so what is it about the Superstar that enabled it to remain relevant for so many different sub-cultures and movements in the world, beyond its era of play in basketball?

Well I think in regards to style, when the rappers started to wear sports equipment as an element of style, that really affected a lot of people, especially in America, in the inner-cities. I think the fact that people from outside of sports liked the equipment just as a style statement, that changed things.

Why do you think they opted for basketball footwear?

I have no idea [laughs].

Lastly, if you were to step back on the court now, with all of the footwear of the last 40+ years at your disposal, what would you play in?

I like the adidas Crazy 8s. That’s the cutting edge technology and they’re really comfortable. I have a pair. I played in low cuts and the Crazy 8s are not high cuts and they’re not low cuts, they’re right in between. They’re very comfortable and you don’t think about having any issues with your shoes. You can go out there and play the game.

adidas Consortium Superstar ’80s “Back In The Day”…