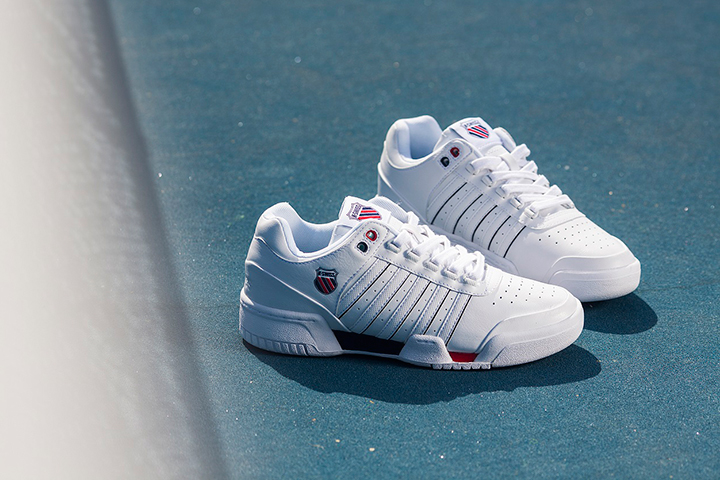 Having reissued the Si-18 International last year, K-Swiss bring back another classic tennis shoe from their archive; the Gstaad.

First released back in 1986, this retro is an exact remake of the original Gstaad shoe from the Gstaad™ Court Series, manufactured in an era when K-Swiss were known for perfectionism in their product. So much so, that the original Gstaad™ Court Series took 3 years to develop and 10 months to test before it was released to market. The reissue has been made with premium grade leather – weather that’s the same tanned nappa cowhide that was used for the originals we’re not sure, but it will be premium in the same vein.

We’ve included a couple of vintage adverts back from when the shoe released first time around to wet your appetite (courtesy of Classic Kicks). Let’s hope the team at K-Swiss have their eyes set on the Gstaad Platinum as well!

The 2015 reissue of the K-Swiss Gstaad has just dropped over at the K-Swiss UK webstore for £75 a pair. 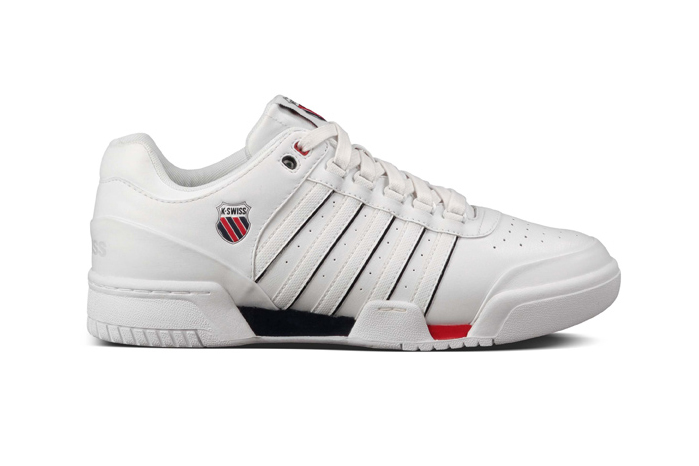 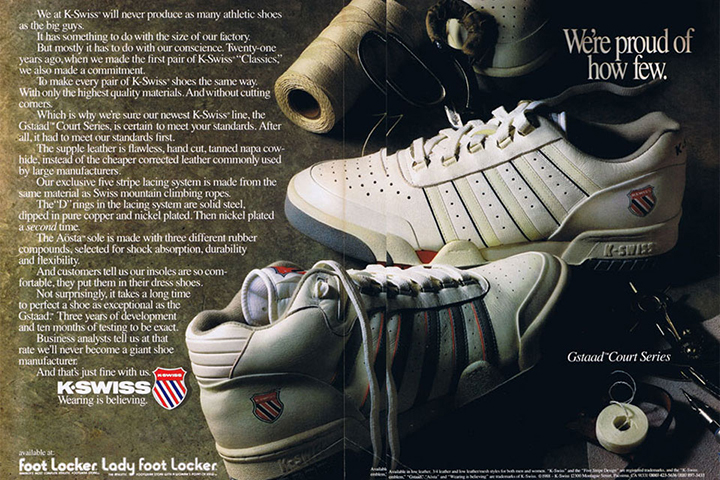 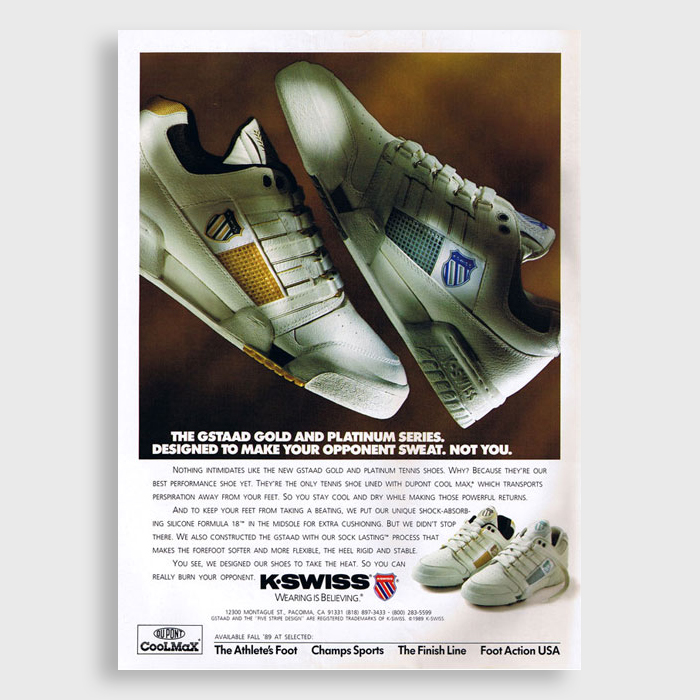