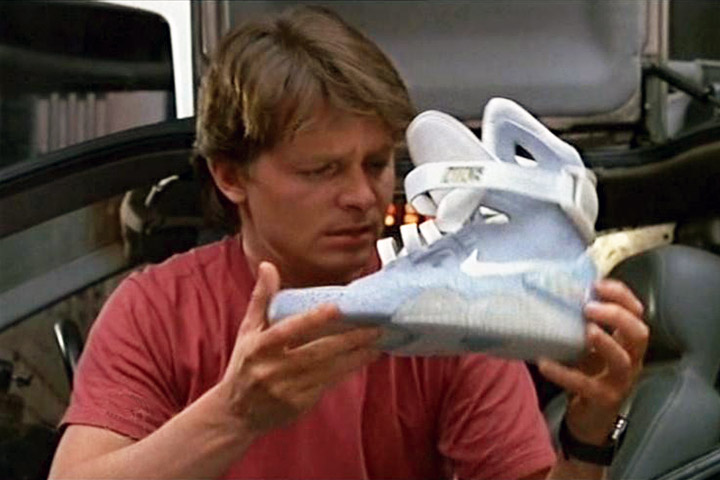 We’re getting close! Tinker Hatfield has spoken at #AgendaEmerge about the Nike MAG with Power Laces for 2015.

While speaking on design and innovation at the conference in California’s Long Beach Tinker Hatfield confirmed that his team at Nike are working diligently to deliver the mythical Nike MAG with Power Laces for 2015. Having debuted to the world in 1985’s Back To The Future II, the Nike MAG has since held a special place in the hearts of sneaker lovers thanks to its “Power Laces”. For the past 30 years we’ve been holding blind faith that Tinker, the man behind the original design for the film (with fake Power Laces), and Nike will deliver the technology for 2015, the year that they were portrayed to exist in in the film.

We made claims that it will happen in 2015 back when they re-issued the silhouette in 2011, backed up with the registered patent for the technology from 2009. We still have faith that it’s happening this year. I’d go as far as saying that they’ve been ready for it for over 5 years and are simply stringing us along. I’d expect a mid-year drop at the earliest. Tinker was quoted on emphasising the below point and it would be a waste of potential buzz to drop them right at the beginning of the year. If they can, I wouldn’t be surprised if Nike wait until the last few months of 2015 to drop them.

The cogs of the hype machine have once again started to turn.