Warning: "continue" targeting switch is equivalent to "break". Did you mean to use "continue 2"? in /nfs/c08/h04/mnt/122689/domains/thedailystreet.co.uk/html/wp-content/plugins/wp-author-box-pro/includes/ReduxFramework/ReduxCore/extensions/customizer/extension_customizer.php on line 442
 Interview: Jeff Mills on space, music, fashion and creativity 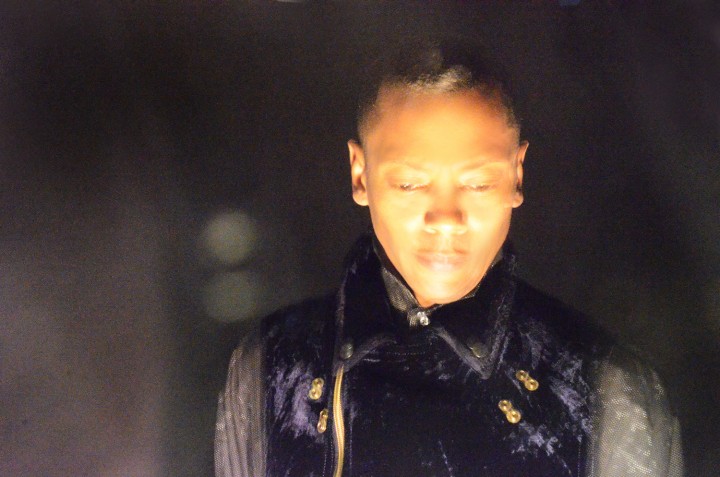 Jeff Mills is a Techno veteran and visionary. We talk to Jeff as he preps for UK festival BLOC about his passions for space, music, art and fashion.

The icon that is Jeff Mills has championed innovation throughout his career, pushing his creative output past the conventional and into intrepid realms for most musicians. Often regarded as a visionary, Mills has consistently incorporated wild concepts into his creative works.

In March “The Wizard” returns to the UK to play at the big return of BLOC weekend amongst some of the worlds finest underground electronic music artists. We took this opportunity to speak to Jeff about the influences behind his music, but also the other aspects of his creative output. An understandingly obvious angle usually draws interest to Jeff Mills’ integral part in the Detroit and Berlin techno scenes and Underground Resistance collective, however Jeff spoke to us not just about music but where his passion is drawn concerning art, design, fashion and film.

As part of a residency at Le Louvre next year you are set to star in “Life To Death And Back”, a film that is also scored, written and directed by yourself. Can you tell us a bit about the concept behind this and what can be expected as an audience?

The film is a full length feature of contemporary dance, a tutorial journey through the Egyptian Exhibition and other parts of the Museum. The film explores the walk through life, to death and back to life – reincarnation. The cycle of existence that the Egyptians believed and worshipped. Though I won’t be in the actual film, all other aspects of the production and performance are of my creation and design. For the live performance at Le Louvre, a special performance follows the film that deals with the area and time between life and death. The Egyptians referred to this as the Duat.

What was it like expanding your abilities from film scoring to getting hands on with the visual production process?

It was a fantastic experience. Working in film this way was a first for me. I had originally wrote the script many months before filming, so I had every detail draw out in sketches, diagrams and measurements, but it wasn’t until I actually seen the rushes of film that I realised that it really worked. I’m used to tedious planning and preparing projects months, even years in advance, so what took most of my time was reading and learning more about the way and traditions of the Egyptian Culture.

During your stint at Le Louvre this year with Jacqueline Caux’s film “Man From Tomorrow” how have you found the public response to your music being taken out of the club music context?

Yes, actually it attracts an almost completely different audience. A very mixed, slightly older make-up of people. Mostly from art, fashion, design, architecture and film. Generally, people that are creative — which is great because I really enjoy the simplicity of creative exchange. There are (of course) people that love club/Techno music and these are generally the ones that recognise the relevance in the genre more acutely.

Not long ago you released Emerging Crystal Universe, a continuation of your Sleeper Waker series. What is the concept behind this series?

This was the 8th Chapter in the Sleeper Wakes series. It deals with the transformation of the Cosmos. When nature transforms and prepares itself for its next phase. The album doesn’t refer to a particular place or thing, but rather, an environmental change… on an enormous scale. The album is set to reveal itself 50 years from now (2014). Meaning that the album was mainly created for people in the year 2065.

And how does Emerging Crystal Universe differ from the rest of the Sleeper Waker series?

Each chapter is different because the nature of the series is to explore the unknown. The search, not only Outer Space, but also inside the mind as well. We haven’t arrived at those chapters yet, but there are quite a few topics I’d like to explore about the human mind. 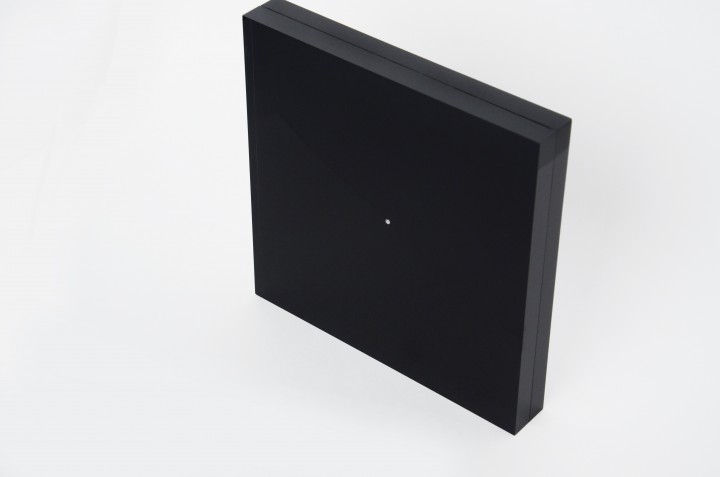 With the release you continue to explore the use of USBs as a medium. Is this a continuation of your creative process, using design applied to something physical and tangible?

I realised a few years ago that in Music, we greatly limit our possibilities because we tend to think too passively. We generally accept what is being fed to us by large music companies and manufacturers. Thinking ahead, I imagined a time when music and its format is something that lives more closer to us. Instead of purchasing music/format and putting it away with the rest of the collection or downloading it and keeping it on a hard drive, I thought that if formats were things that were of desirable design – objects and artefacts that we do not mind seeing everyday, sitting on a nice table or desk. Something that when looked at, meant more than just a CD case jacket of album sleeve. A piece for living. So, we decided to embark on this direction of creating formats that not only hold music via USB, but that the material, shape and design is relevant to the story and concept of the album itself.

It’s been revealed that you are to collaborate with Yuri Suzuki to create a percussion instrument inspired by a UFO sighting. When will we see this emerge and how will it take form?

Yes, “The Visitor” has been created by Yuri and I and we’re still in the test phase. So far, its doing very well. We’re preparing a few small introduction events now and I should be able to bring it out for special conceptual performances in the Spring of 2015. Starting in Tokyo. The design concept comes from a famous UFO sighting in Los Angeles, CA in the mid 1950’s. The machine represents the return of that UFO and reveals itself.

How did the collaborative effort with Yuri Suzuki come about?

I’ve known Yuri for many years and I presented an idea about making a special machine to use especially for Classical performances. I wanted to have something that was similar to the look and way classical instruments function, but electronic. Something to physically play. So, the buttons and knobs on the machine are designed to be played like keys on a keyboard. There is no MIDI, no inputs, only outputs. We had been in discussion for about 1 year and went through many different scenarios. The original design was to be part drone/part instrument, where the main part of the instrument would detach itself and hover over the audience to return back it its stationary position. We’re still working on that idea.

Overall, “The Visitor” is designed to be phantom-like in nature. We left many possibilities for the sound of the machine to change in a wide range of variations. It’s a one and only custom piece and not for mass production or sale, so we only had to be concerned about what I needed to have, which made the process a lot less troublesome.

We’ve seen your love for design further explored into fashion previously with brand and once boutique Gamma Player with Yoko Uozumi. How do you feel about the use of fashion as an expression of creativeness? Is it something you connect with in the same way as you do with other aspects of design?

Yoko and I opened and operated a Chicago-based shop for about 5 years until we decided to close it and focus more on other projects like film and special items. We really enjoyed the whole experience. We were very conceptual in the way we purchased the collections and designed the interior of the showroom. Every season had a collective theme, in addition to the separate theme of each designer and collection. We were the first to bring many emerging brands to the US such as Julius, Verdi-Anne, Mojo-risin, Merchant Drapier, Yoshiko Creation, Obscur, Sruli Recht, Odeur. We also carried Hussein Chalayan, Anne Valerie Hash, Henrik Vibskov and many other brands. We were really into young upcoming designers, so we always made it a point to have at least one designer each season.

In purchasing the collections and speaking with designers, it became apparent that the process in which many fashion designs are conceived is very much the same process I create music, so I could understand very well the thought process. I also learned that people in that industry are very hard working, similar to the type of hours I keep as a producer – it’s really non-stop. We closed the shop with the idea that we might revisit it again, so we’re always watching for that opportunity.

Can we expect to see you delve into the realms of fashion more in the future?

Maybe. I really enjoyed the whole experience and met some great people that we still keep in contact with. I remember that our best, most consistent customers were men, so the idea to create something small and special keeps coming up in discussions every 6 months. In my project of the custom instrument, “The Visitor”, we were able to connect with the Dutch menswear designer Jeroen Van Tuyl to create a special suit that’s in the nature and spirit of the design of Yuri Suzuki. Also entitled “The Visitor”, the suit is a re-imagined Tuxedo. Something from another space and time. Jeroen and I worked for a few months on the cut and design. Both of these items, along with a few more artefacts will be exhibited in various special showings and events in a few months.

Finally, you are due to play the mighty BLOC festival this year, what sort of thing can we expect from you?

This is a special night, so I’m making new music especially for this. Only to be then and not after. I typically chart a course for the music beforehand. So for instance, the Planet of Mercury or a DJ set based on Time Mechanics or Time Travel. In this creative direction, I play very little printed music or music from other producers, so the set is mostly tailored for that time only.

Thanks to Jeff for his time and the folks at BLOC for the opportunity.