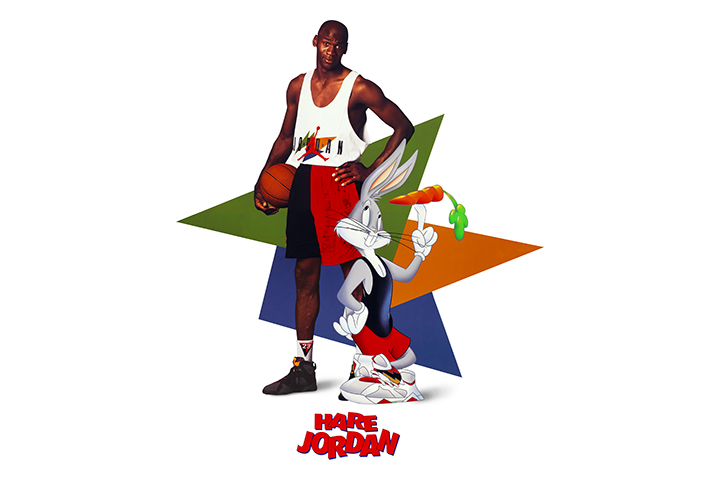 Yes, your favourite childhood partnership is making a long overdue return! Michael Jordan and Bugs Bunny will be happing again in 2015 as the Hare Jordan campaign and collection returns.

The exact extent of the come back is being kept under wraps for now, but we do know that it will involve several limited edition releases throughout 2015, starting in Spring,. The collection will mix classic and cutting-edge styles in both footwear and apparel from Jordan Brand.

Having debuted in 1992 as an ad campaign, it grew to the scale of a feature film in 1996 when Space Jam hit cinema screens and rocked our world. For those who need a little cultural nudge, check out the original Space Jam website that has been hidden in the dark corners of the internet since 1996. It’s nostalgic and sickening all at once.

Here’s some official blurb on the come back …

“Michael Jordan continues to be the inspiration and reference for how we run the Jordan Brand today. We draw inspiration not only from his unwavering commitment to greatness, but also the creative innovation he brought to the game of basketball. The Hare Jordan campaign was a whole new way to celebrate the fun of the game, and we look forward to working with our partners at Warner Bros. Consumer Products for a new take on this classic.” – Larry Miller, President of Jordan Brand.

“Each is an iconic figure and legend in his own right, but together Bugs Bunny and Michael Jordan are an unbeatable combination on and off the court. We are excited to partner with Jordan Brand to reintroduce Hare Jordan to an entirely new generation of fans with this limited-edition collection that includes a mix of classic and cutting-edge styles.” – Brad Globe, President of Warner Bros. Consumer Products.

Stay tuned as the story unfolds …