It’s been 10 years since we first saw the anticipated De La Soul x Nike SB Dunk Lo’s. That era couldn’t be further from how we see and approach the culture surrounding ‘sneaker collecting’ now, but it no doubt had a huge impact on the hype and fervour we see today.

Considered one of the most revered and sought after SB Dunks from that ‘Quickstrike’ era of the early 2000s, the De La Soul Dunk Lo’s were one of many designs that helped re-establish the Nike Dunk model. Now 10 years on, this celebratory release reinterprets the original De La Soul collaboration with a new take on the design.

In celebration of the new release of this De La Soul x Nike SB Dunk Hi, Nike SB on Carnaby Street will help with festivities by selling limited quantities of the shoe with a 12″ vinyl of the trio’s seminal debut album, 3 Feet High And Rising.

If you want a pair you’ll have to make your way down to Nike SB on Carnaby Street, London, this Friday 6th March. Be ready for an early start as sales begin at 10am. We recommend that you arrive early. 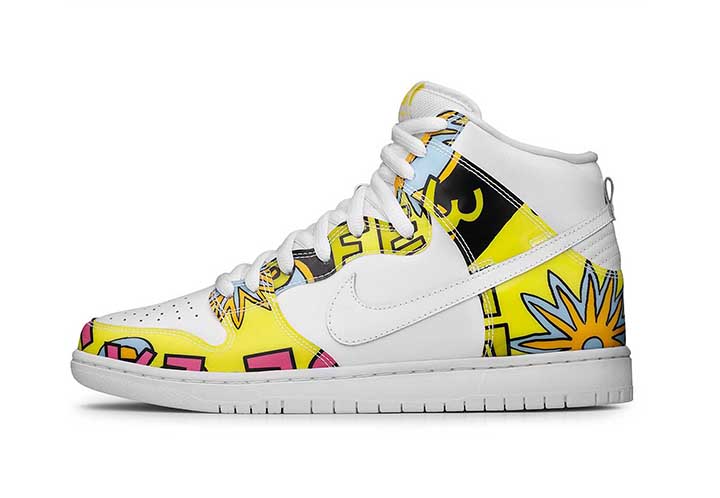