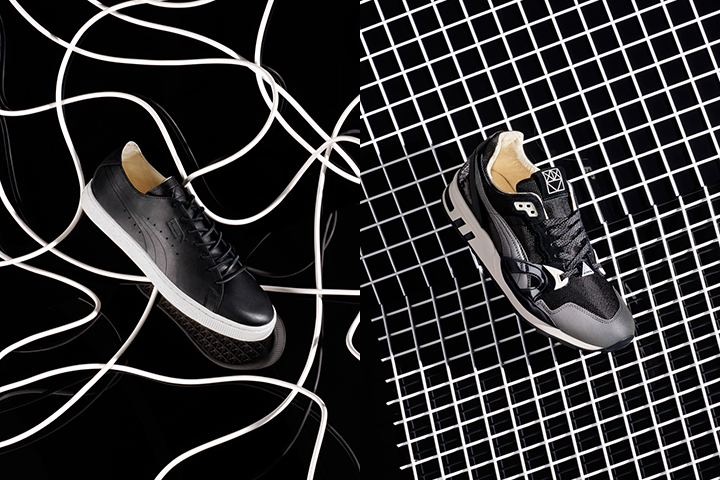 PUMA come together with Italian streetwear legends Slam Jam to create this double pack featuring the States and Trinomic XT2 Plus in celebration of Slam Jam’s 25th anniversary.

Taking 2 of the most influential PUMA sneakers from the early years of Slam Jam’s existence, the pack focuses on the 1980s icon the States (aka the Suede) and the 1990s runner the Trinomic XT2 Plus. Together, they contrast each other quite nicely, adding a pretty vast amount of variation to the pack. Slam Jam are better known for their use of vibrant colours in their collaborative products, so it’s nice to see them approaching this collab with a very dark colour palette (or a complete lack of colour if you want to get technical).

The States see the shoe reimagined in a murdered-out premium leather with embossed detailing. Tonal waxed laces give the shoe a sophisticated look that elevates it above the usual aesthetic it’s known for. The pack also includes a pair of contrasting white laces. The Trinomic XT2 Plus is a little less sophisticated in this pack, but it still retains a dark nature thanks to the black upper. The running heritage of the shoe is honoured with the use of 3M on the toe box and Form Stripe, which you can see coming up as a grey in the pics below. This shoe definitely feels less conceptual in comparison to the States in this pack, but is most likely the more wearable option for many. The off-white leather lining finishes both kicks off with a classy touch.

Expect to see the Slam Jam x PUMA States (£90) and Trinomic XT2 Plus (£100) hitting Footpatrol and END. on 21st March. For those who can’t wait, they are already available from Slam Jam. 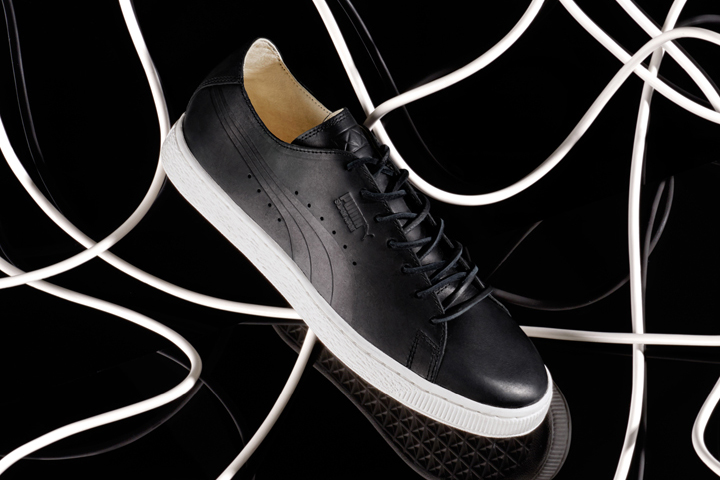 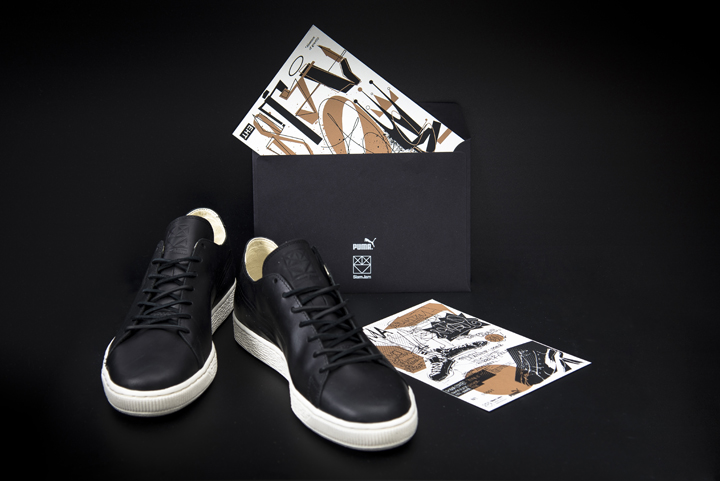 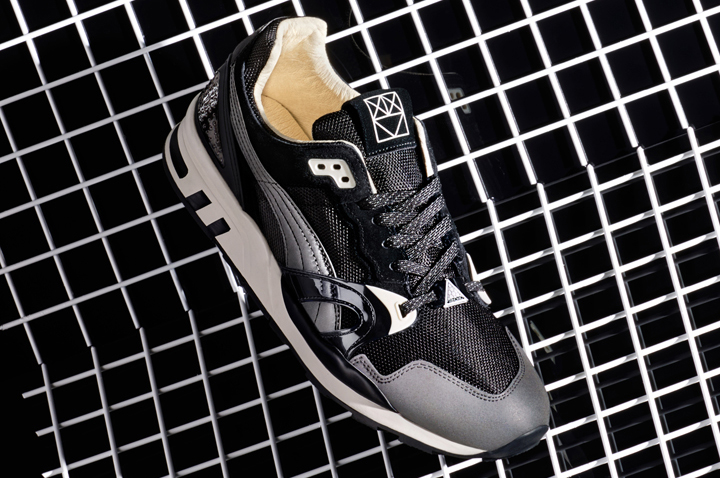 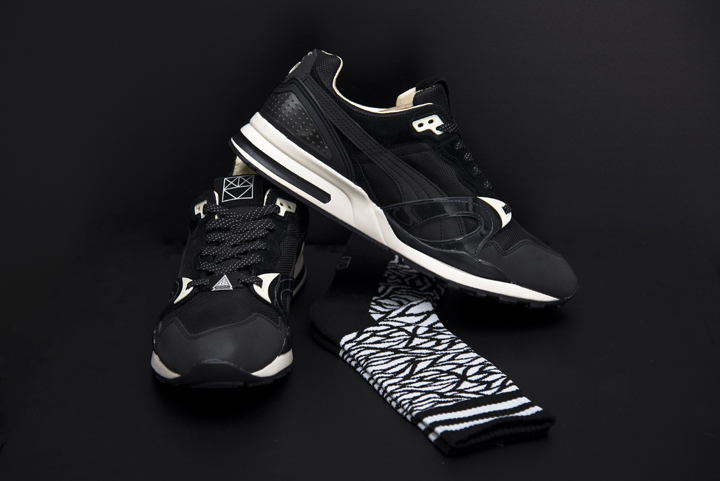 Video: Trinomic by PUMA: Born on the Track.…