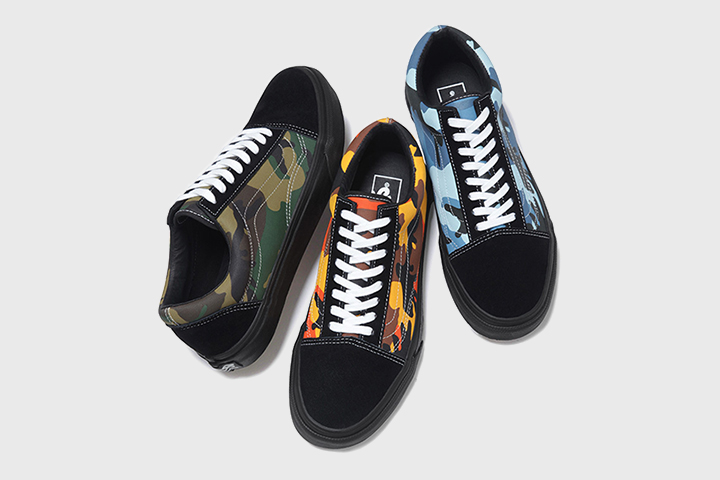 Supreme and Vans look into the past to create these brilliantly ’90s themed camo Old Skools and Sk8-Mids.

I can’t remember specifically when in the late ’90s those hugely oversized colourful camo cargos had their moment in youth fashion, but it happened, and it’s painfully engrained in my memory (thankfully I never took part). I can’t decide wether this collection is bringing back memories in a good or bad nostalgia, but they being dragged back to now regardless. There’s something about that blue camo that is so distinctive.

Taking the camo and combining it with black suede detailing and contrast white stitching, Supreme bring a brilliantly ugly piece of ’90s nostalgia to 2 Vans classics. Worn right, these will be killer, especially when they’ve beaten in. Not worn right, these will be a serious flop. Like much of Supreme’s more out-there pieces, these are not gonna be easy. 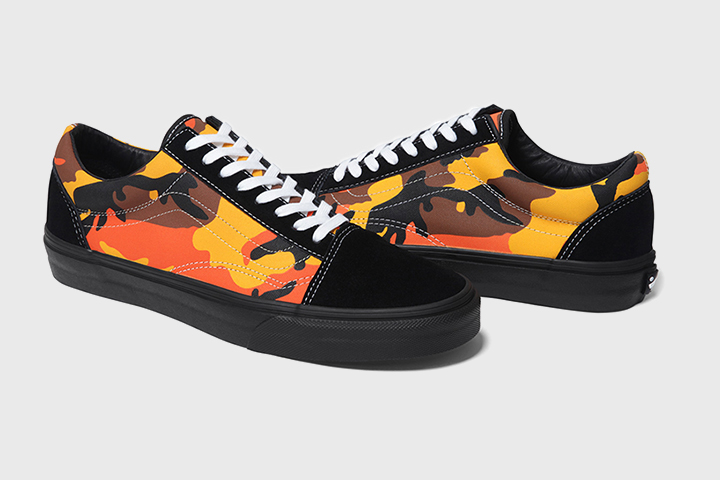 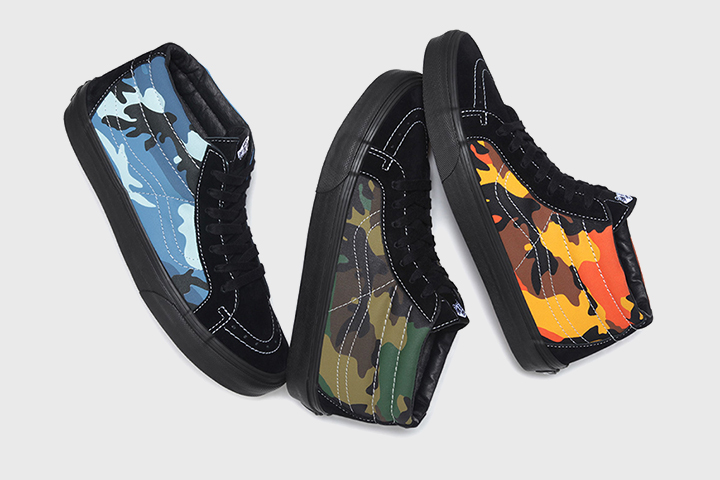 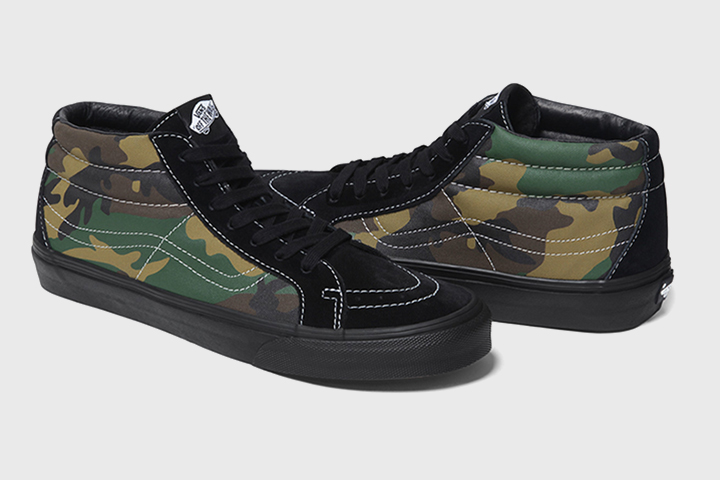