Warning: "continue" targeting switch is equivalent to "break". Did you mean to use "continue 2"? in /nfs/c08/h04/mnt/122689/domains/thedailystreet.co.uk/html/wp-content/plugins/wp-author-box-pro/includes/ReduxFramework/ReduxCore/extensions/customizer/extension_customizer.php on line 442
 Interview: Mark Hunter on technology & design in advertising & the HTC One M9 campaign 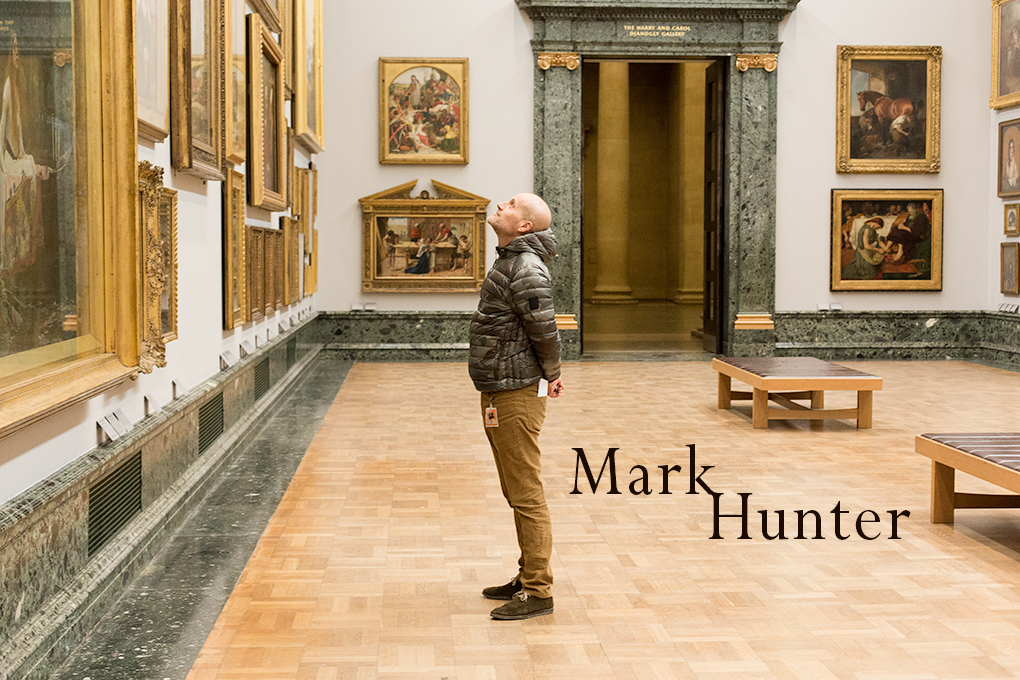 Over the years, my interest in advertising and marketing has continued to grow substantially. I’ve noticed more and more that the areas of interest from my childhood, such as sneakers, streetwear, subcultures, and music, are all closely linked to the worlds of marketing and advertising. How these topics of interest are used, referenced or parodied, to catch our attention or the attention of others. It’s an interest that I can’t help but nurture, mainly thanks to the omnipresence of advertising and marketing in todays world, and I know from speaking to others that I’m not the only person to have an observational interest in it.

Being offered the chance to go behind-the-scenes on the set for the TV spot of the HTC One M9 at TATE Britain for our recent Spotlight feature, I couldn’t resist the opportunity to spend some time talking with the Creative Director behind the campaign, Mark Hunter. Recently I’ve been speaking with people about the mysticism creative job roles hold to those who aren’t closely involved in this industry, so I wanted to talk with Mark not only about his process for this particular project, but also about what exactly a Creative Director does on a project like this. Taking the subject of the TV spot into consideration, it only seemed right to use the HTC as a catalyst to also discuss the impact that technology has had on advertising and how it may shape it in the near future – another topic I’m very interested in and often find myself wondering about.

I could see on set that Mark was a thinker. His job is to be a thinker, to be a stickler for details and to respect their importance. To be the guy that stands up for the seemingly unnoticeable differences, heralding them as crucial importances. His insight into and experience in the advertising and marketing industry makes for some interesting views on what it is and where it’s going. With a background of experience that includes working for the likes of Deutsch LA, TBWA\London, Wieden & Kennedy Amsterdam, and Bartle Bogle Hegarty, Mark is more than qualified to give insight into the world in which he operates. Hopefully Mark’s insight on the campaign will show you a different angle of both this TV spot, and advertising as a whole. 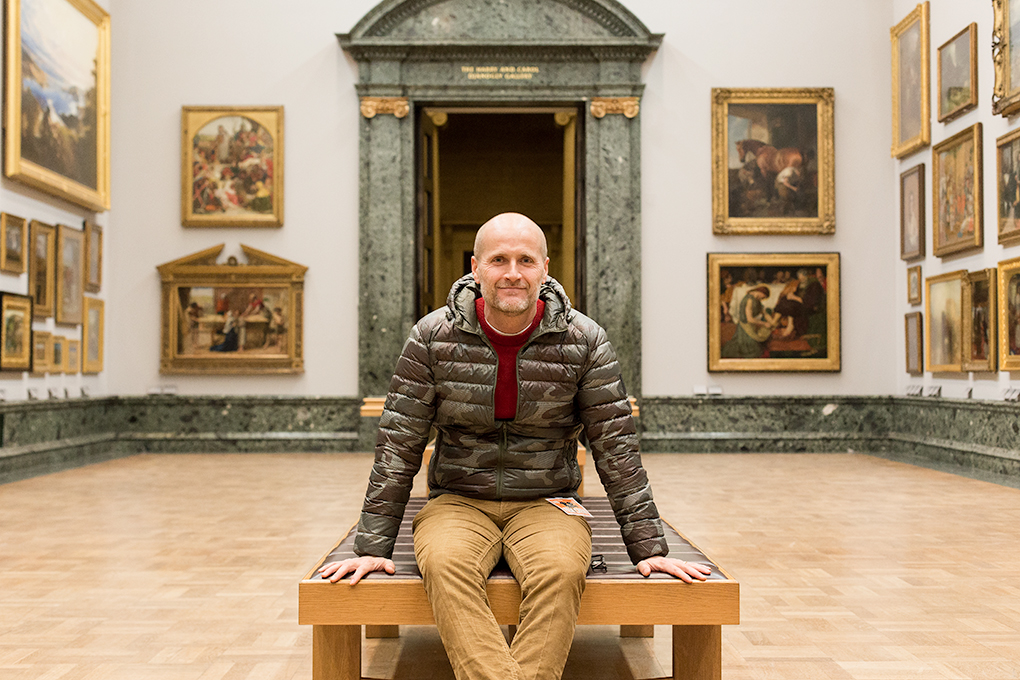 In your own words, what is it that you do as a job and how did you get into it?

I’m the Executive Creative Director of SapientNitro London, which basically means I oversee the output of all the creative work we do for out clients How I got into it is the same way most people do, which is to say a long time ago I put a book of ideas together and took it around to agencies in the hope that someone would give me a job. Eventually somebody did.

And what roll have you played in the creation of the latest HTC One M9 TV advert?

Executive Creative Directors are often a level removed from the nuts and bolts of the work simply because there is so much going on for them on so many accounts, but in this instance I have been very hands on. So, pretty much all of it has a bit of my DNA in it.

One thing that’s evident about the advert is the importance of style in portraying the target consumer and communicating to the right audience. How important is style and fashion when it comes to advertising and marketing non-directly fashion related products such as a smartphone?

Well, in many ways phones really are fashion items. Some people don’t care… but for most people the kind of phone they use says as much about who they are as their trainers or their sunglasses. So style and fashion considerations were very important for us. But even when you’re dealing with products almost completely removed from fashion, like say soap, style is important. Simply put, people are attracted to brands that share their values… and few of us think of ourselves as un-stylish.

Is that something that has become more important or more recognised in recent years?

Perhaps. Certainly the notion of presenting in advertising a world we might aspire to is as old as the hills. Has personal fashion and style played a more significant role in advertising what might traditionally be considered non-fashion brands over the past 10 years? Probably, yes.

There was also mention of the style in the advert being a reflection of the stylish design of the smartphone itself. How do you personally approach taking an inspiration such as the stylish nature of a technological product and translate that into a full TV spot?

Things like this have to handled carefully. If you’re not careful you can start talking to yourself in ads rather than your consumer. Sometimes you have to ask how deep the consumer really wants to go? Or how able (or interested) they are in decoding all your layers of messaging? These are decisions which are taken before deciding exactly which message is the most important one we want the consumer to take away. Design is something that has always been hugely important to HTC, both in terms of how their phones are made and how they look. For that reason whatever we do has to always be underpinned by a nod to brilliant design. 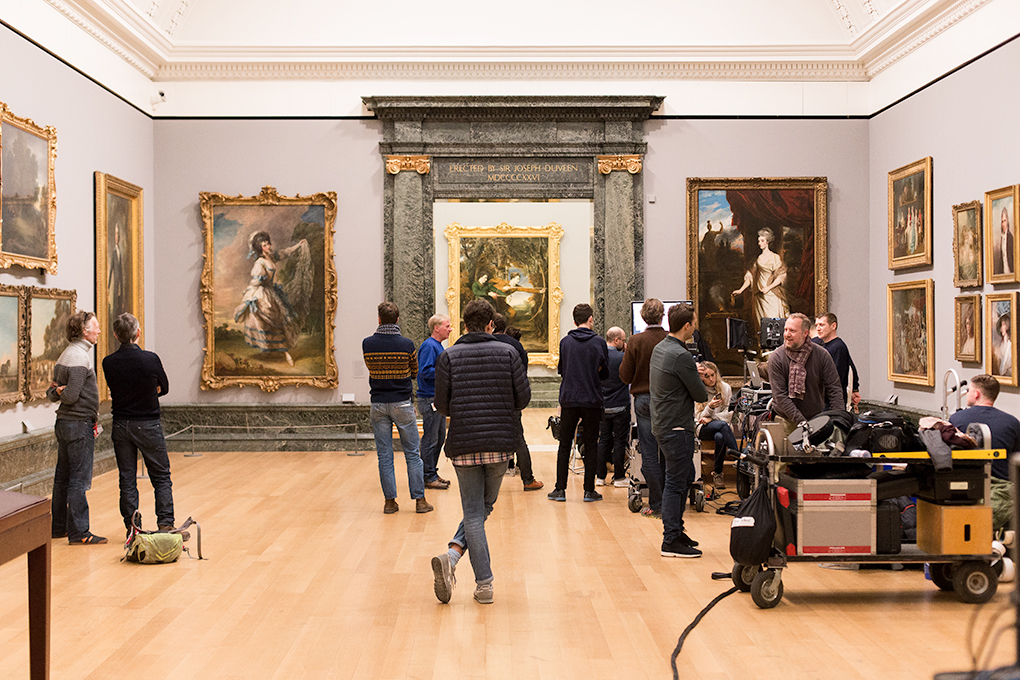 What were the biggest or most interesting challenges in this campaign for you?

Same as always, bringing a whole bunch of different people and different technologies and different skills together in a high pressure situation and finding a way to work together to make something that looks and feels simple and effortless.

Where do you think the main focuses for brands will be in the next few years, in regards to how they approach advertising and marketing?

That’s kind of a big question, probably too big for an interview! Clearly the big trend these past few years has been to shift from simply ‘saying’ to ‘doing’. Don’t tell me you’re funny, tell me a joke, type of thing. I think that’s true. But I also think action in isolation it can be meaningless. All brands will always need a clearly understood and communicated purpose in the world. That’s not going to change. It’s amazing to me how many brands spend a lot of money talking about themselves without any real sense of why people should care.

What impact do you think “wearable tech” will have on this?

I’m really not sure. As a pure brand experience I think wearable technology will be great. As a vehicle for advertising, I’m less convinced. I think people are getting more and more selective about how and where and when they appreciate (or don’t appreciate) brands interacting with them. We’ll see.

How has the development and progress of smartphones changed how you work? For example, the HTC One’s camera has the same megapixels as a DSLR…

The camera is literally of a high enough quality that we could use it to shoot our print assists, for example. To date, we have not done that… but if the idea was right, why not?

Do you think that with the rise of social media and the development of mobile technology that we’ll start to see campaigns being shot and edited on mobiles and uploaded straight to social channels any time soon? Or maybe even live?

I think that type of thinking is featuring in many people minds right now, yes. To be honest, it’s always more complicated than it sounds. Stuff that gets pushed out into the world paid for by brands has many regulatory requirements placed on it, for example, so something like the idea of going live becomes really complicated.

Equally we have learned that just putting broadcasting tools into the hands of regular people rarely generates compelling content. So… there are ways, yes. And we are actually thinking of some right now. But it’s not as simple as it sounds.

Lastly, when you are working on such large campaigns as this, what feelings do you get when it finally goes live and the world gets to see it?

Relief. Pride. It’s been a great journey with HTC. 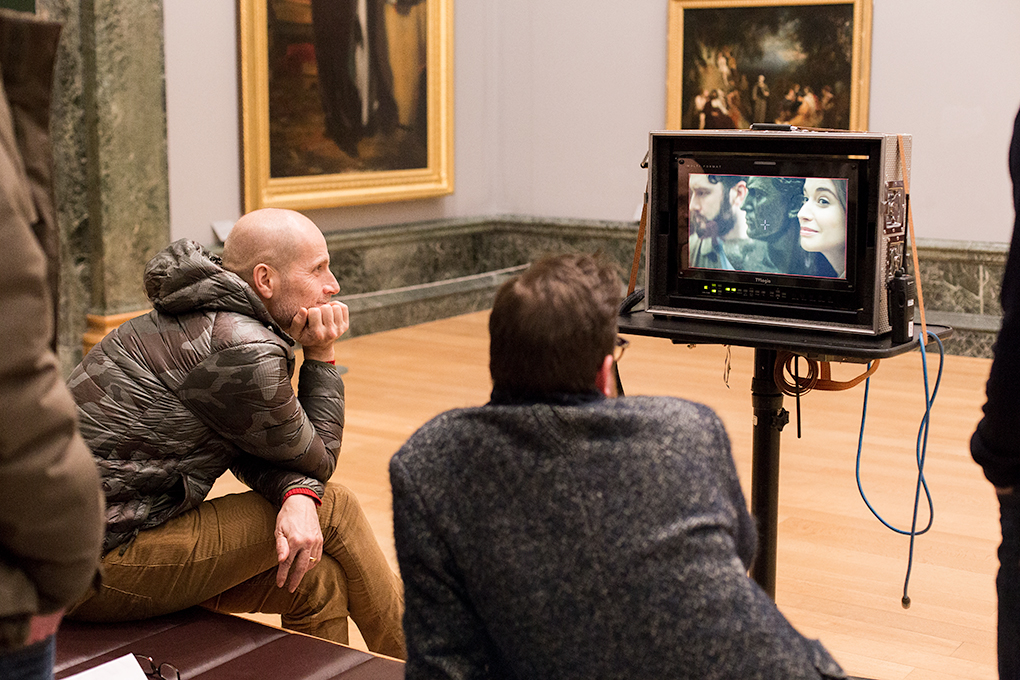